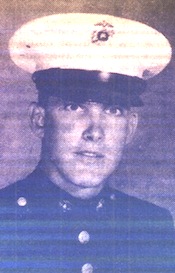 Corporal Larry Gene Whitehead, from Tallassee, Tennessee, was born on August 26, 1949, to parents Clayton Whitehead and Samie Rae Riden Whitehead. He had one brother, Thomas Andrew Whitehead, who died before he was born. He served in the military for one year. His tour in Vietnam began on April 10, 1968. He served as a machine gunner for C Company, 1st Battalion, 9th Marines, 3rd Marine Division. He died at the age of 19 on February 13, 1969, in Quang Tri, South Vietnam. His death is listed as a hostile, ground casualty resulting from artillery, rocket, or mortar. 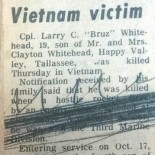 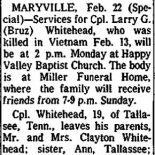