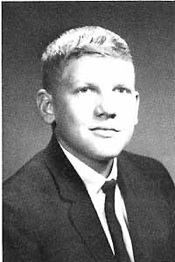 First Lieutenant Lance Davis Workman was born on October 4, 1947, and was originally from Chattanooga, Tennessee. He graduated from Chattanooga High School in 1965, and later graduated from the University of Chattanooga, and was active in ROTC throughout his years of education. Lance was a member of the LAMBDA CHI ALPHA fraternity at the University of Tennessee at Chattanooga. He served his country in the United States Army as a rotary wing aviation unit commander, with 176th AHC, 14th Aviation Battalion, 16th Aviation Group, Americal Division. His tour began on April 18, 1971. On June 16, 1971, he was piloting a helicopter into a landing area in Quang Tin province, South Vietnam when a mine exploded underneath; the explosion destroyed the helicopter. Lt. Workman was wounded and lived until July 11, 1971. His mother traveled to Vietnam and visited him in the hospital; he died after she returned to Chattanooga. He was 23 years old at the time of his death. 1st Lt. Workman is memorialized on the Vietnam Veterans Memorial on Panel 3W, Line 106.