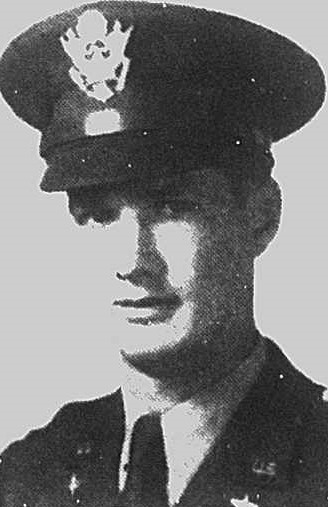 First Lieutenant Myers was a crew member on aircraft C-47 with serial number 41-18632. His aircraft crashed into a slag pile due to poor visibility approximately 1 1/2 mile east of A-93D, Liege-Bierset in Belgium. The time of the accident was estimated at 1045 hours, 6 December 1944. All 5 members of the crew were killed as a result of the crash. The aircraft was never in contact with the control tower, and military personnel of 317th Station Complement Squadron on duty in control tower at A-93D were of the opinion that the aircraft did not fly over base. The authorities at A-93D first received information about the crash via an outside telephone call from civilians and immediately dispatched an ambulance to the scene of the accident. It was believed the aircraft was approaching from the southeast and struck the center of the slag heap, falling to the base. The summit of the slag heap is 300 feet above the terrain. The elevation of A-93D is 590 feet. The crew was transporting medical supplies and blankets.

The Knoxville Journal, January 29, 1945
Confirmation by the War Department of the death of First Lt. Lacey C. Myers Jr. in Liege, Belgium, Dec. 6, has been received by his parents, Mr. and Mrs. L.C. Myers Sr. Of Greenville. Lieutenant Myers, 25, volunteered in the Air Corps May 13, 1941 and was a veteran C-47 pilot. He saw action in the North African campaign and the invasion of Sicily, Italy and Normandy. He had been awarded the Air Medal and two Oak Leaf Clusters, and the Presidential Citation as a member of the first Allied airborne army in the European theater.
A letter from Lieutenant Myers commanding officer to his parents, said: “Your son was serving as pilot of an aircraft and was killed instantly when it crashed due to conditions beyond his control. He was buried in an American military cemetery in Brussels, with a Protestant chaplain officiating. The Belgium people have placed a wreath of honor at your son’s Grave and a memorial service was held at our own chapel Sunday, Dec. 17, in memory of him and his comrades. 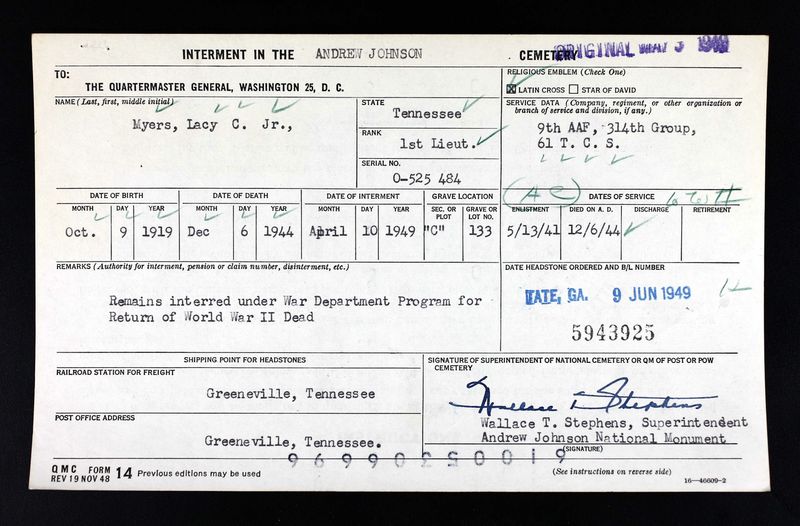 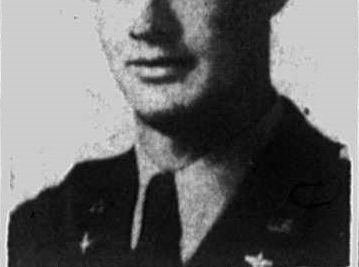 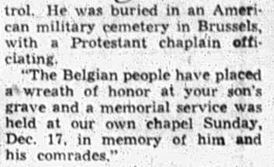 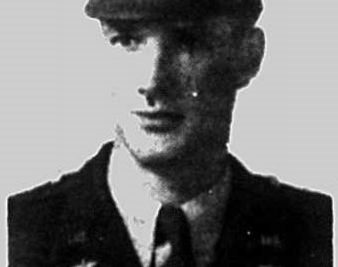