Pvt. Arnold Wilkerson, 32, was killed in action August 21, 1943, while serving with the 43rd Inf. Div. in the Southwest Pacific. He was killed in action on Munda Island. The body arrived in Madisonville on Tuesday afternoon. Funeral services were held at First Baptist Church with the pastor, Rev. C.J. Veatch, and Rev. Creed McCoy of Knoxville officiating. He was reburied Feb. 16, 1949 in the Knoxville National Cem. at Knoxville. Before entering service, Dec. 18, 1942, Arnold was employed by Alcoa and was a member of First Baptist Church.
Survivors include his widow, Mrs. Mae Sloan Wilkerson, of Vonore, his parents, Mr. and Mrs. John Wilkerson, two sisters, Mrs. J.J. Merritt and Mrs. Johnnie Stiles, two brothers, Carl and Bob, all of Madisonville. 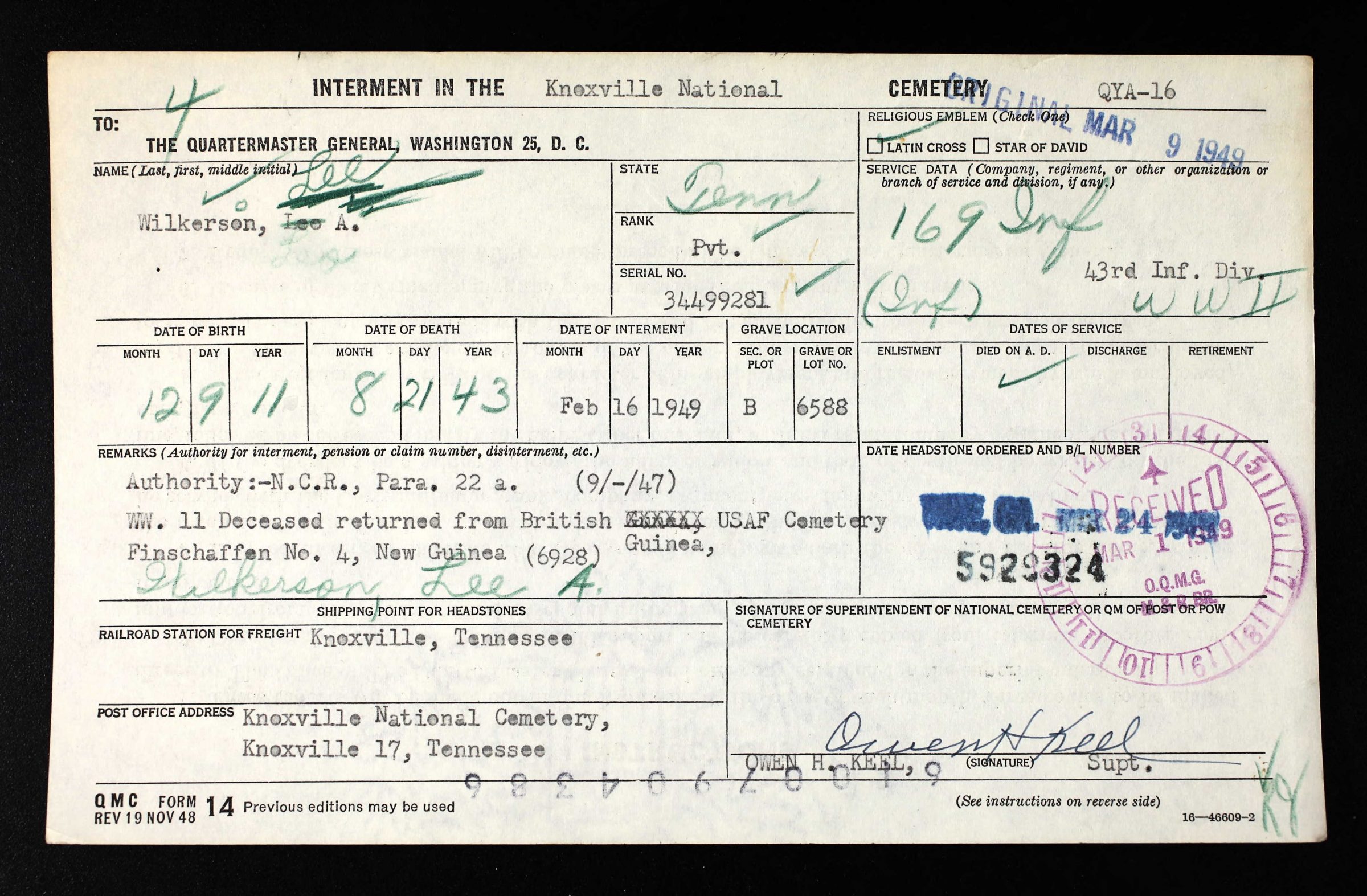