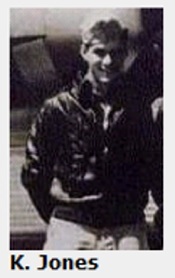 Staff Sergeant Kyle B. Jones was a gunner on a B-24 assigned to the 859th Bomber Squadron, 492nd Bomb Group, which flew Carpetbagger missions for the OSS. On 9 Febuary 1945 the aircraft exploded over Yugoslavia. He is interred at Jefferson Barracks National Cemetery, Sec 82 Site 63, St. Louis, Missouri.

Husband of Iva A. Jones of Morristown, Tennessee.

Aircraft B-24H with serial number 42-7563 departed from Brindisi, Italy and was on a combat mission to Karlovak, Jugoslavia.

S/Sgt Jones is buried together with his crew members. 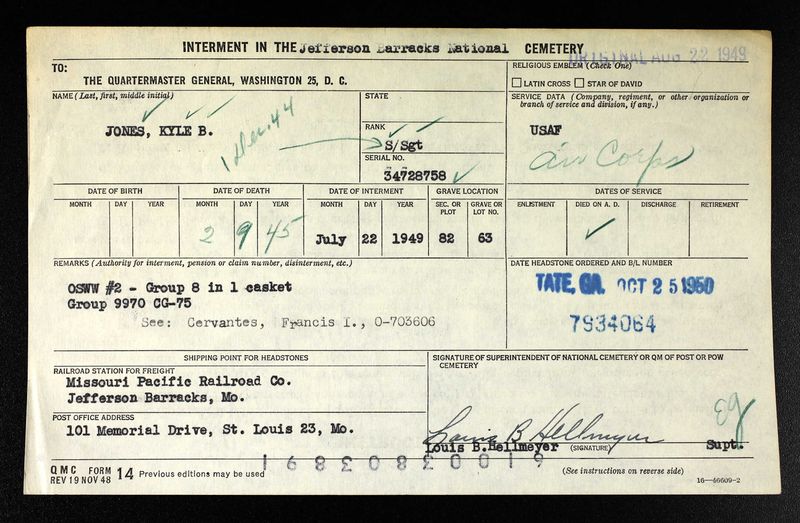 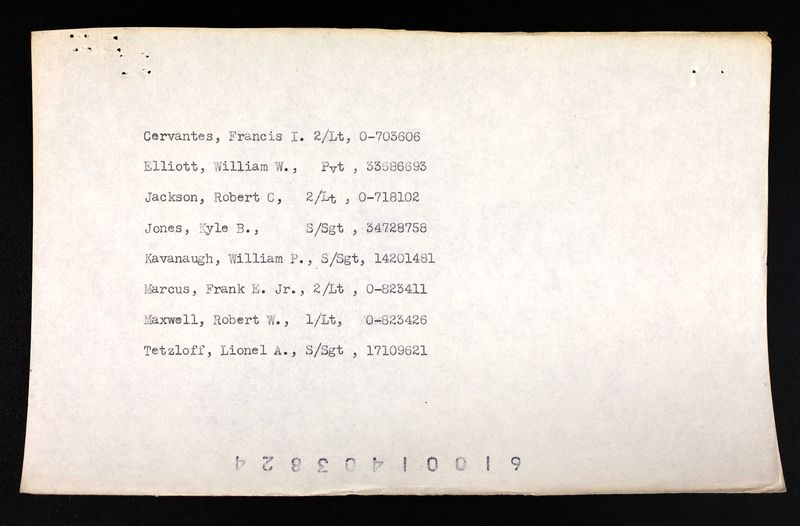 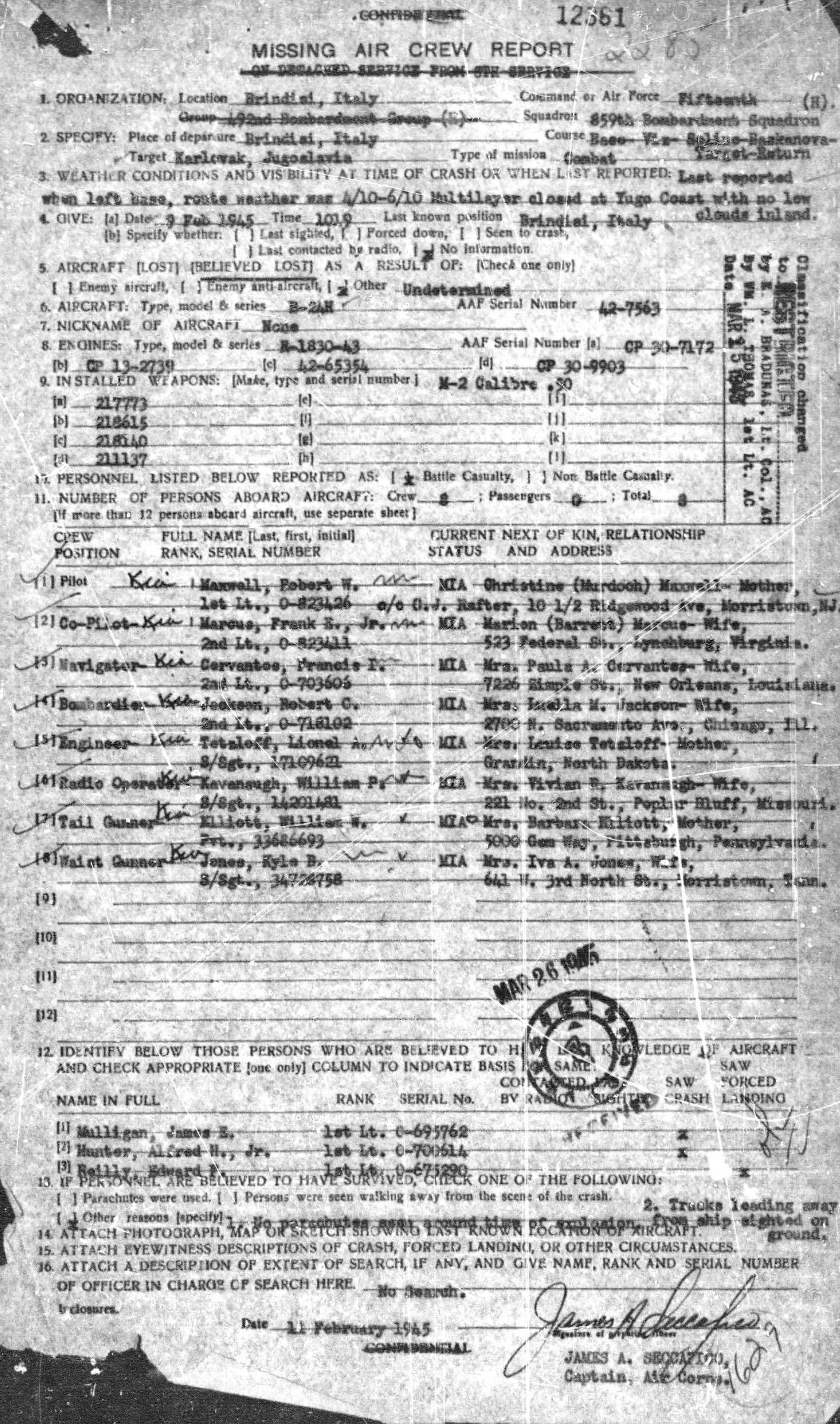