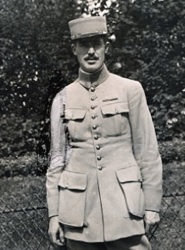 Kiffin Yates Rockwell was born in 1892 in Newport, Tennessee, the son of James Chester Rockwell and Loula Ayres. James, a Baptist minister, died shortly after Kiffin’s birth, and the family soon moved to the home of his maternal grandfather in South Carolina, and later to Asheville, North Carolina. After completing his preparatory schooling at the Orange Street School in Asheville, he enrolled at the Virginia Military Institute in 1908 and subsequently attended Washington & Lee University where his brother, Paul, was also a student. Kiffin left college in 1911 and worked for an advertising agency in Atlanta until 1914.

The Rockwell brothers were passionately concerned about the impending European war and were determined to fight for France; both men volunteered to serve in the French army shortly after beginning of the First World War. In August 1914 they enlisted in the French Foreign Legion and by early October were in the trenches as members of Battalion C of the Second Marching Regiment of the Second Foreign Battalion. Kiffin was wounded by an exploding shell in December 1914; following his hospitalization and recovery he served with the 1st Regiment, Moroccan Division. A second wounding and convalescence followed, and Rockwell faced the possibility that he would be unfit for army service. With the encouragement of a fellow Legionaire, he requested a transfer to the French aviation service.

Rockwell was accepted by the Service Aéronautique, began flight training in September 1915 and in April became one of the founding pilots in the squadron initially known as the Escadrille Américaine (later called the Lafayette Escadrille). In May 1916, while on patrol at the front, he became the first American pilot to down an enemy plane. Rockwell subsequently flew dozens of patrols and fought in many air battles, gaining fame for his skill and courage. His final combat took place on September 23, 1916, when his Nieuport was downed by the gunner in a German Albatross observation plane. Rockwell is buried in the cemetery at Luxeuil-les-Bains, France. His name is inscribed on the walls of the Panthéon in Paris, where is remembered for his sacrifices for the French Republic. 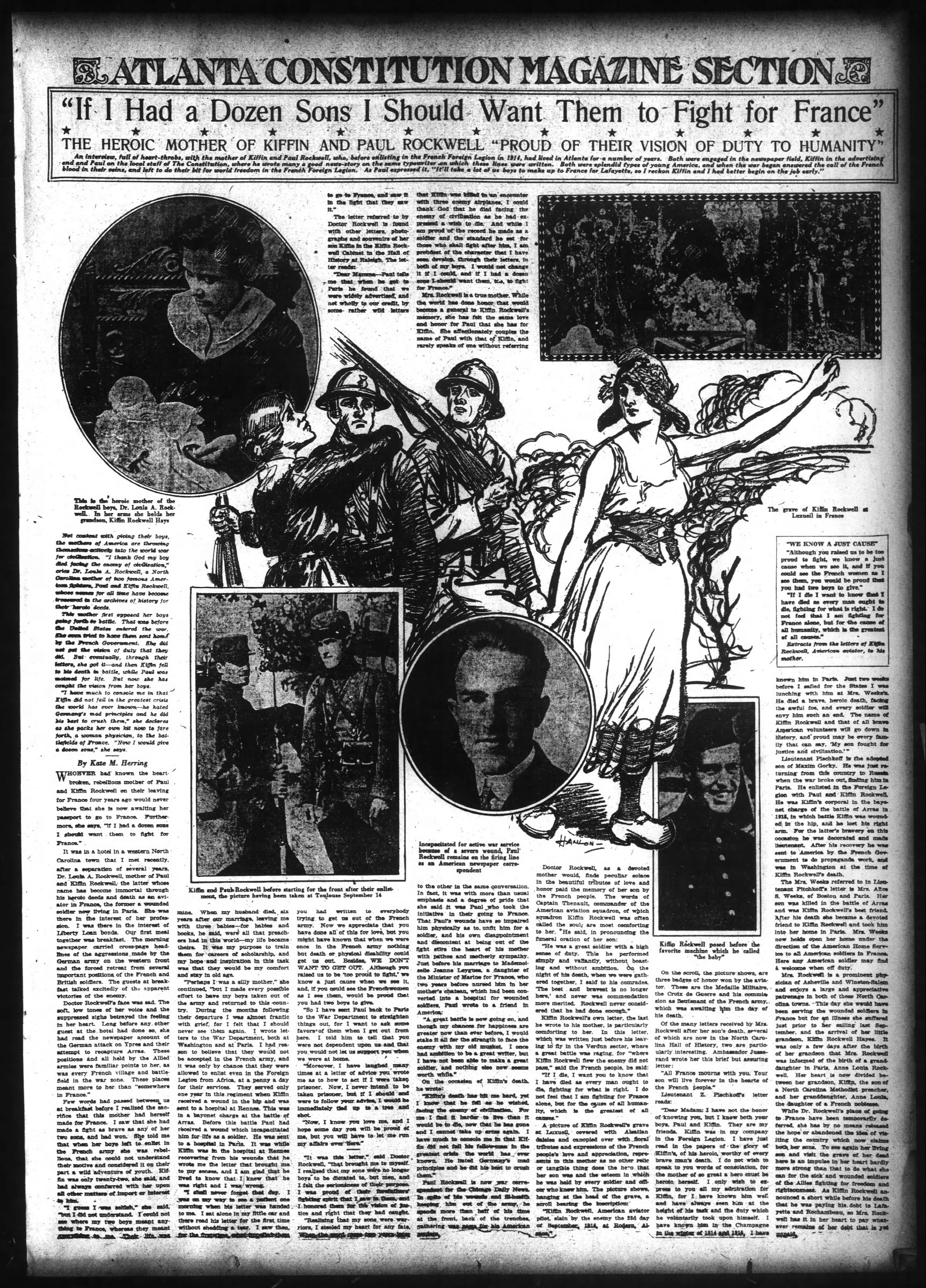 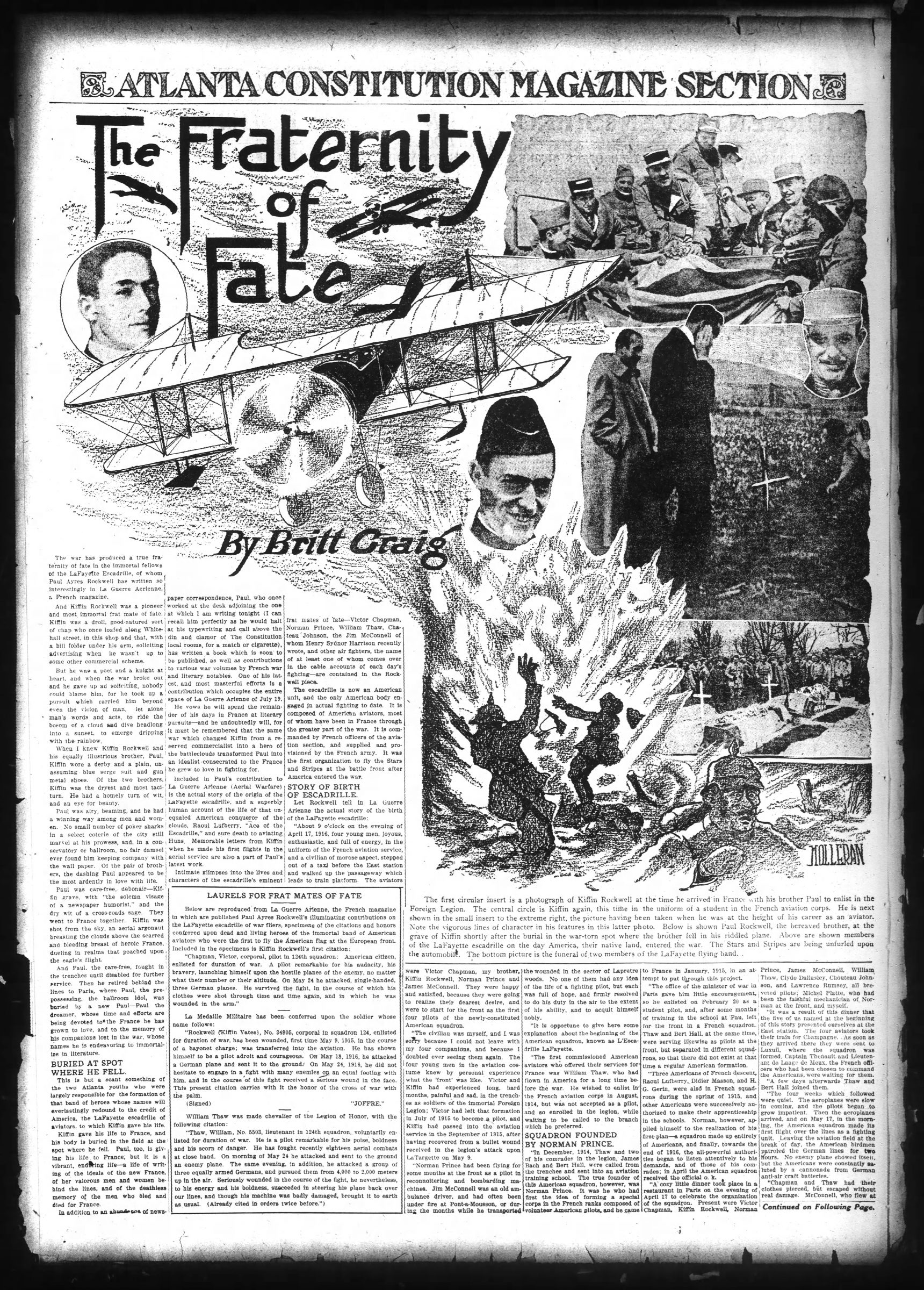 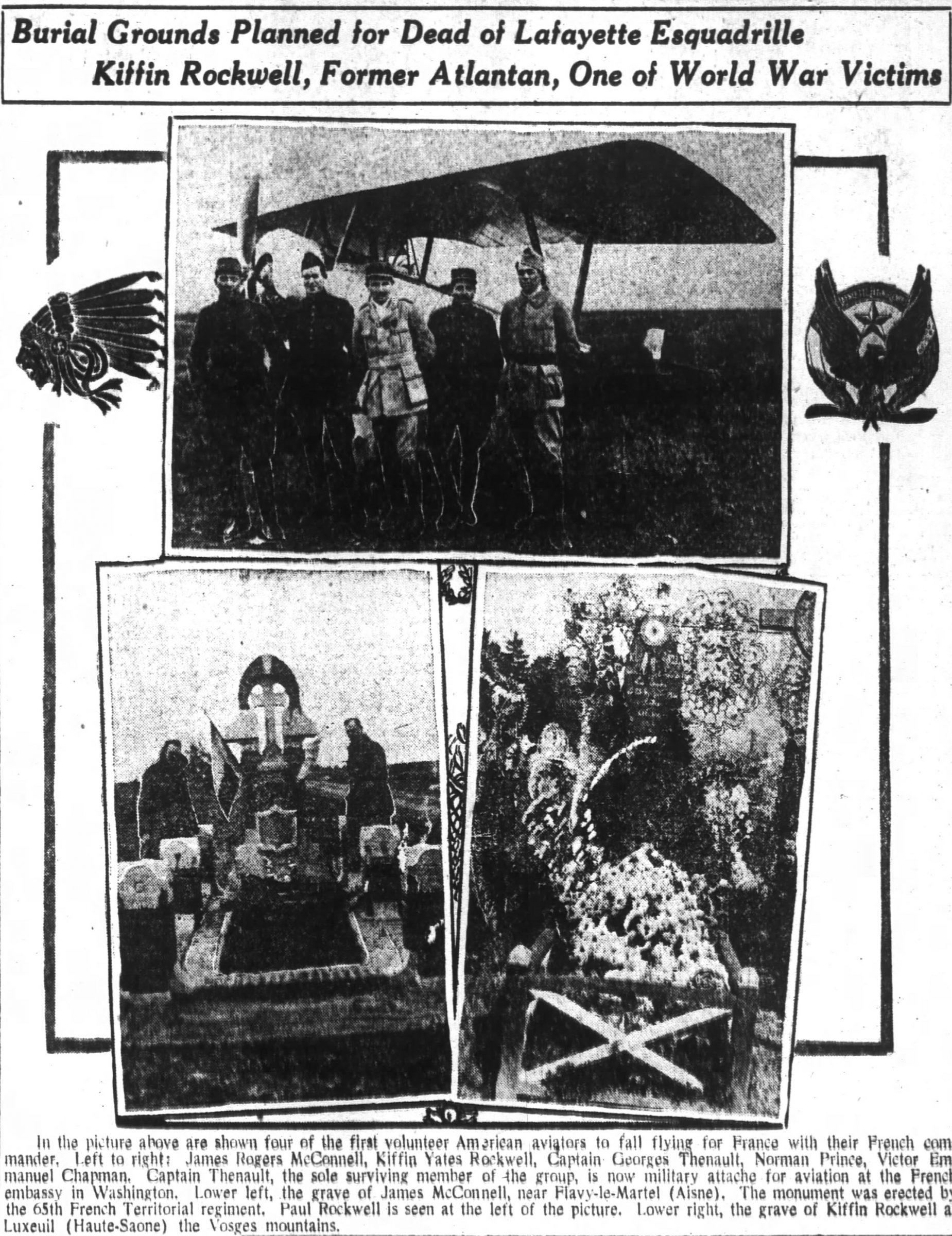 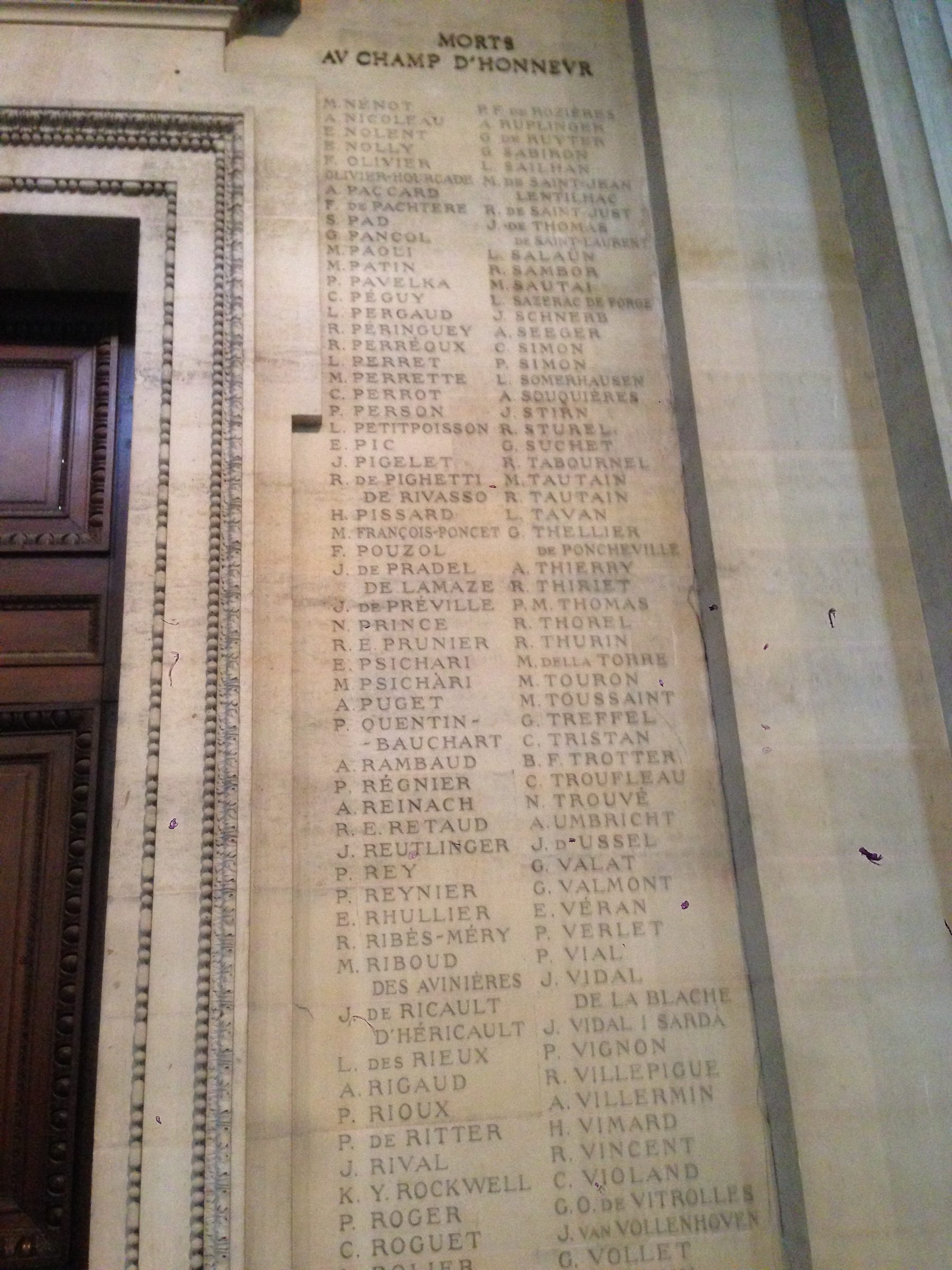 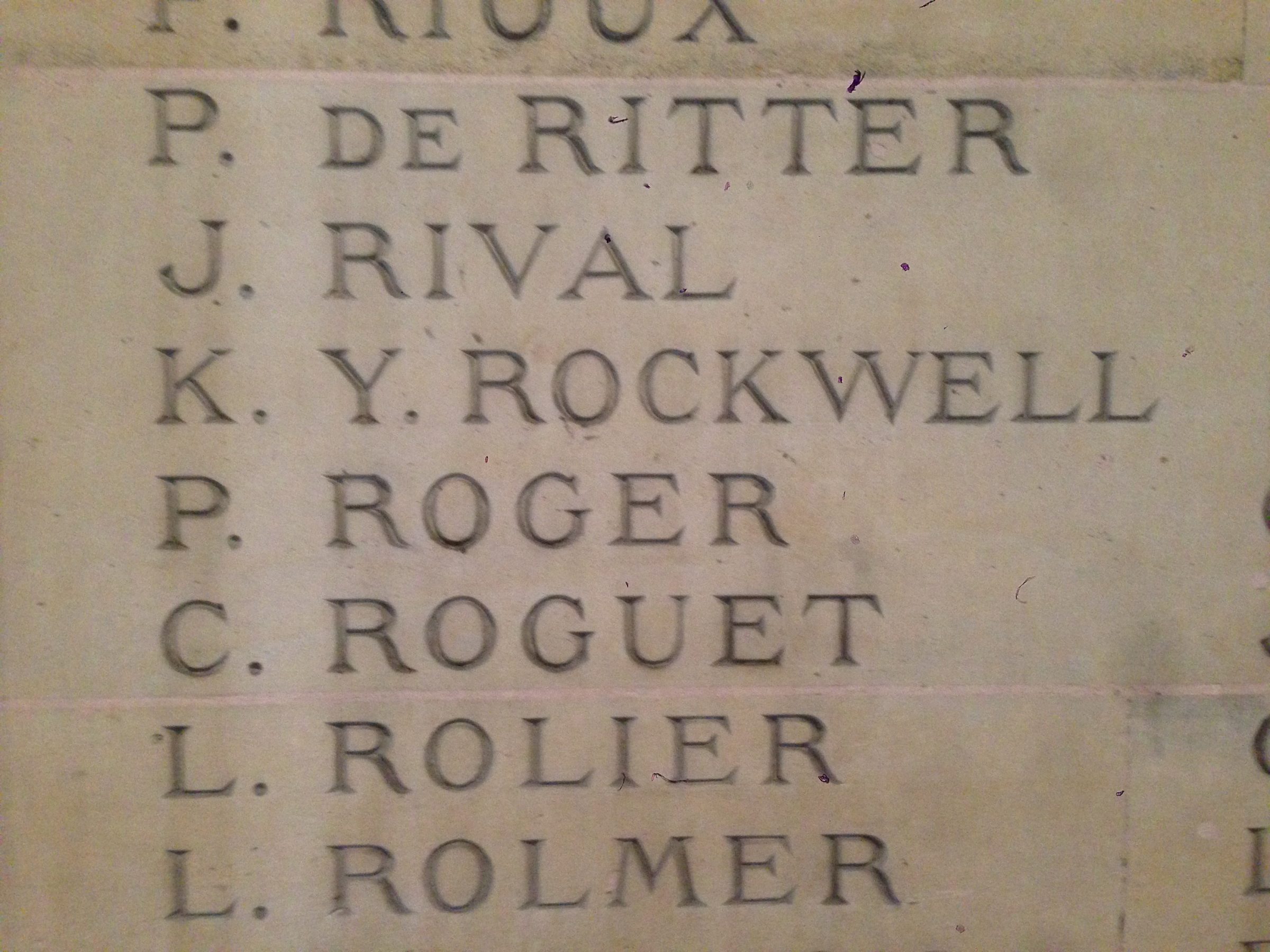 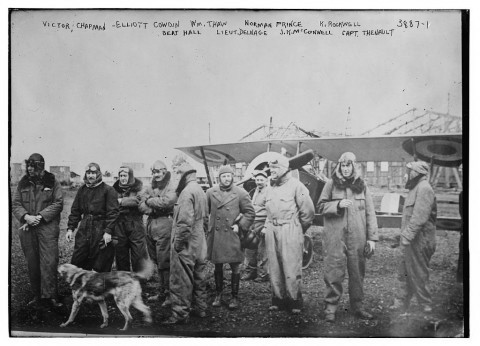 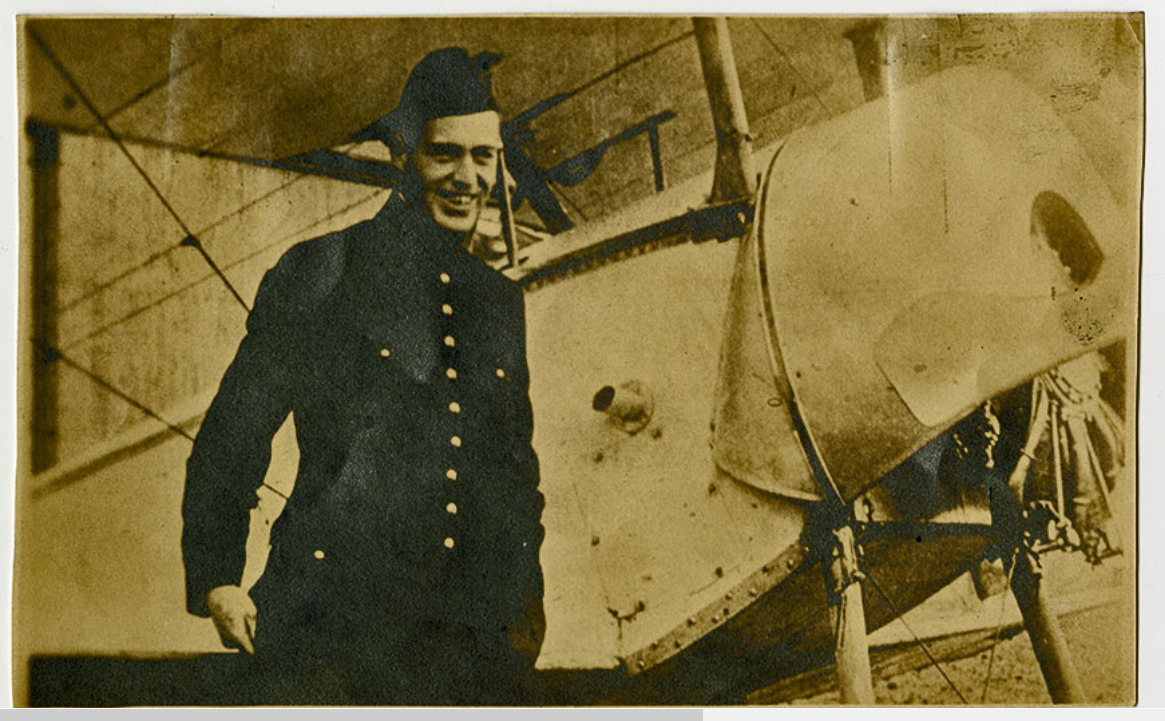 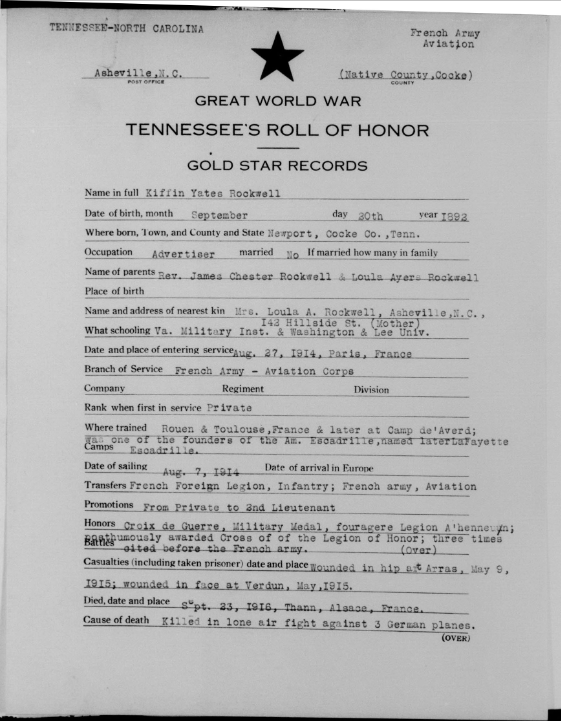 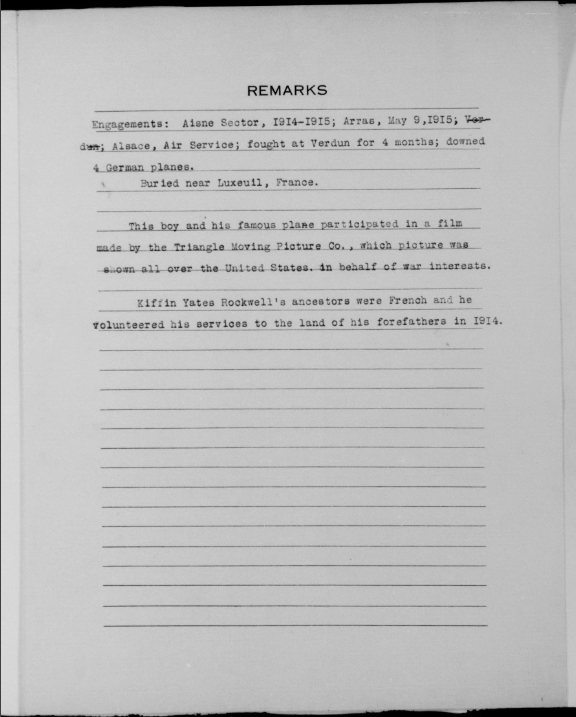 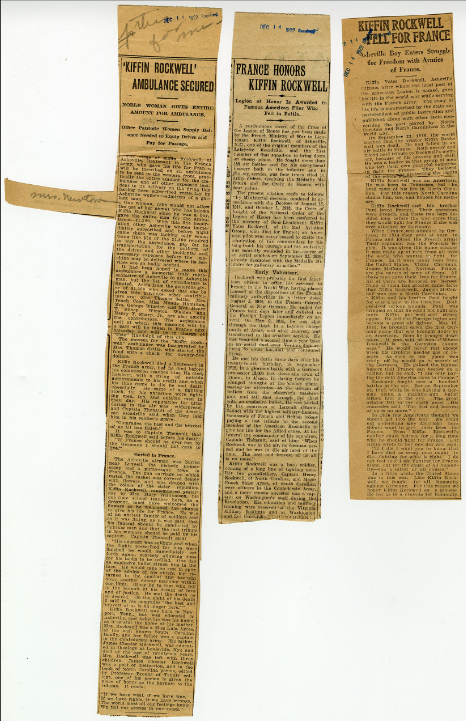 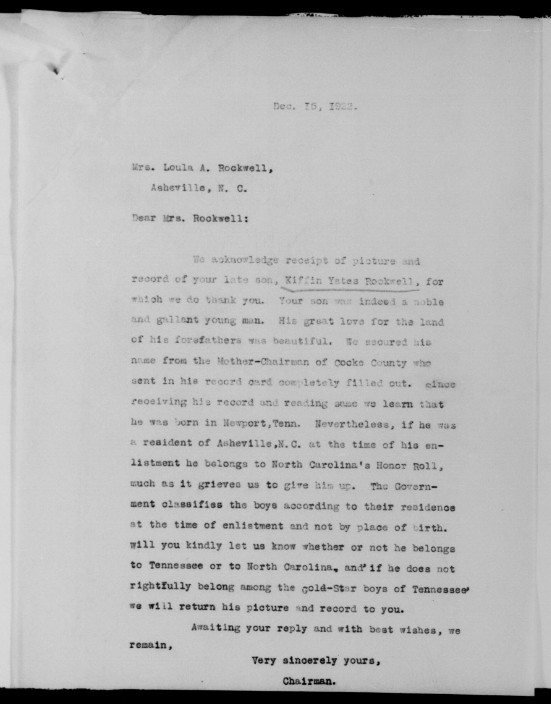 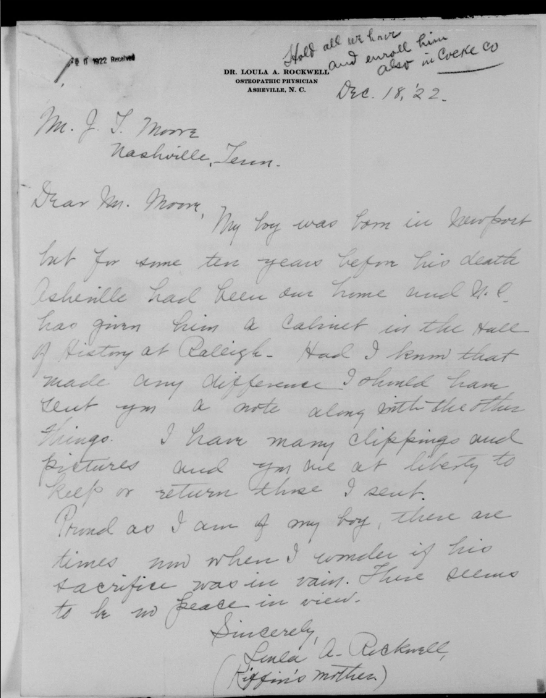 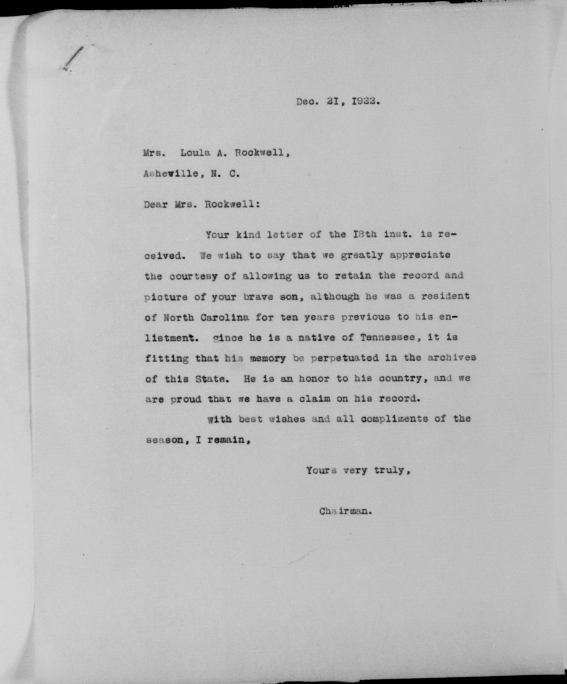 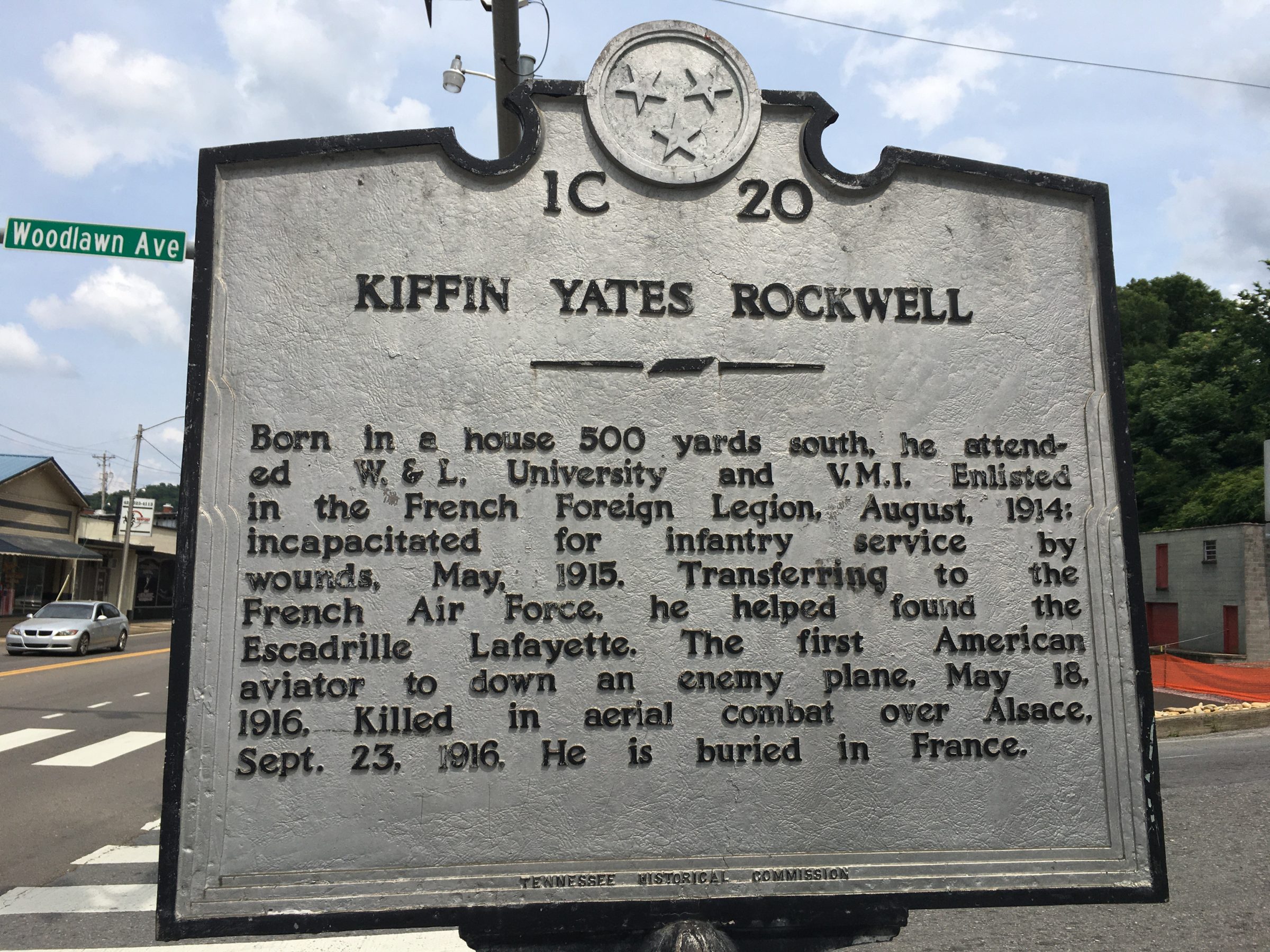