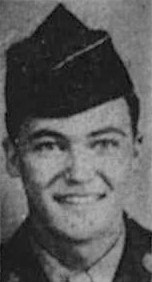 The Knoxville Journal, July 5, 1944
Pvt. Kenneth Lee Smith, 20, son of Mr. and Mrs. Hugh Smith, 2511 Wilson Avenue has been reported killed in action in Italy on June 11, according to a telegram received from the War Department by his parents on July 3.
A member of the Infantry Headquarters Co., Pvt. Smith entered the service May 6, 1943 and has been overseas since February. He was a member of Park City Methodist Church and president of the Young Peoples Department. Private Smith was a graduate of Knoxville High School. At the time he entered service he was attending the University of Tennessee, where he was a member of Sigma Phi Epsilon fraternity. Besides the parents he is survived by one sister, Miss Maxine Smith of Knoxville, and grandparents Mr. and Mrs. H.L. Smith of Strawberry Plains, Route 1. 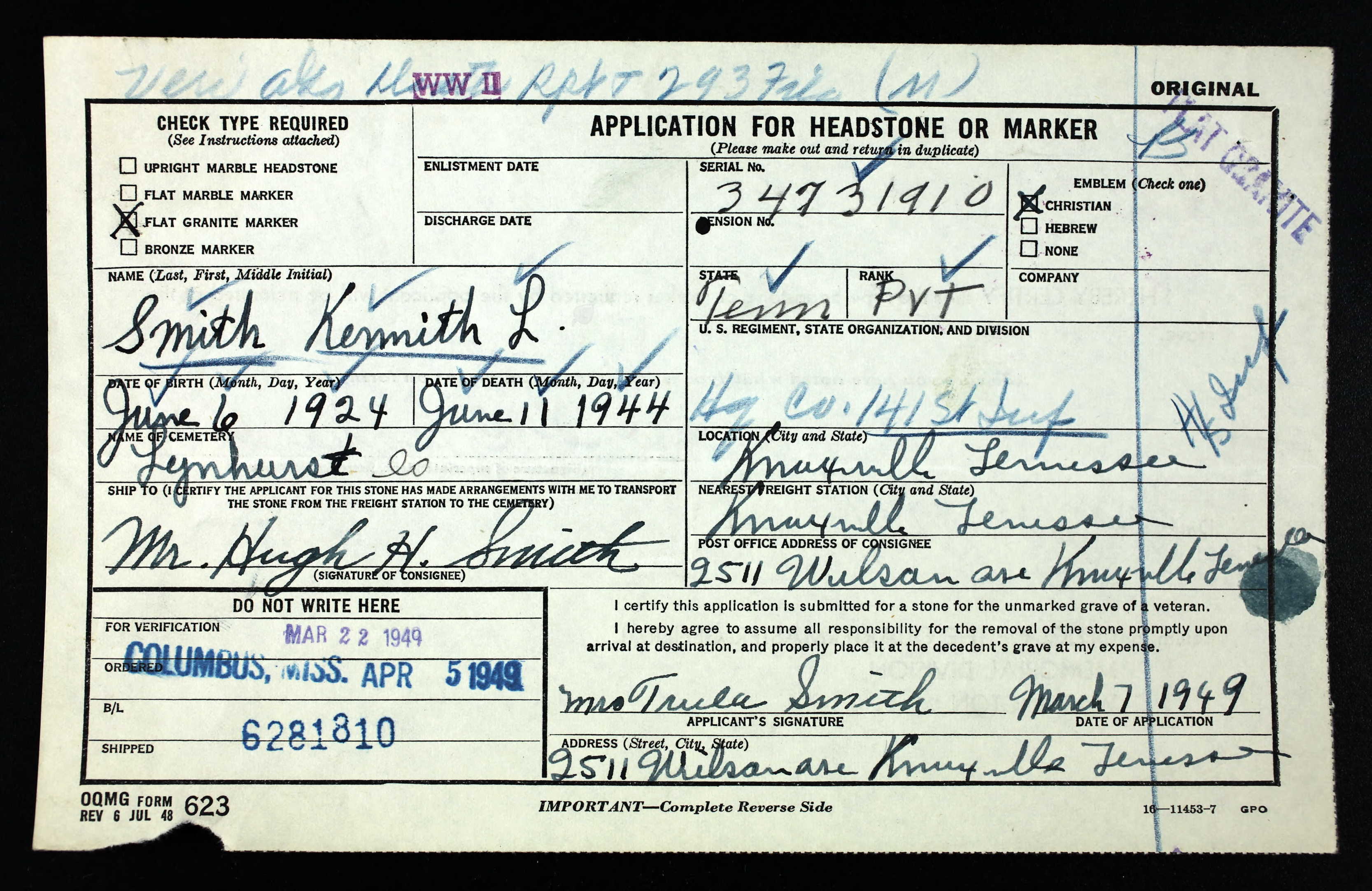