Staff Sergeant Davis was the Tail Turret Gunner on a B-24J Liberator bomber of the 15th Air Force, based in Italy, serial number 44-40570. The aircraft, piloted by Lt Bernard L. Ball, was on a pinpoint bombing mission to destroy a bridge in Yugoslavia, received  a direct flak burst in the waist section forward. The shell did not explode till it hit the roof inside the bomber, upon explosion it ripped open the waist, wiped out both waist guns, and severed the rudder cables. Lt Ball brought the plane in on her engines only, due to his controls being out. Both Waist Gunners were wounded and S/Sgt Davis killed. 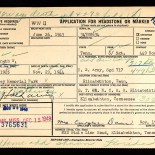 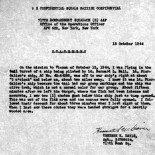 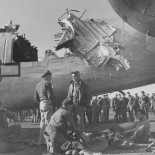 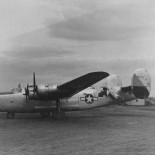