Kenneth William Bledsoe was a PFC in the US Army
He was born 28 May 1924 the son of Walter and Mary Ogle Bledsoe.
He enlisted 17 Feb 1943 at Ft. Oglethorpe, GA
Basic Training was at Camp Wheeler, GA. He was later sent to England where he remained until the Invasion of France.
He died 8 June 1944, 20 years old, during the Invasion. He was first listed as MIA, then later reported death.
Kenneth Bledsoe was Killed In Action.
Buried Oak Grove Cemetery, Rockwood, TN.

Mr. and Mrs. Walter Bledsoe of Post Oak received notification of the death of their son. Kenneth W. Bledsoe, occurring during the invasion of France.

Last week word was received of his missing in action, but later the report of his death was made.

Kenneth volunteered for service on Feb. 24, 1943, and received his basic training at Camp Wheeler, GA. He was later sent to England where he remained for several months prior to the invasion. PFC Bledsoe was 20 years of age. 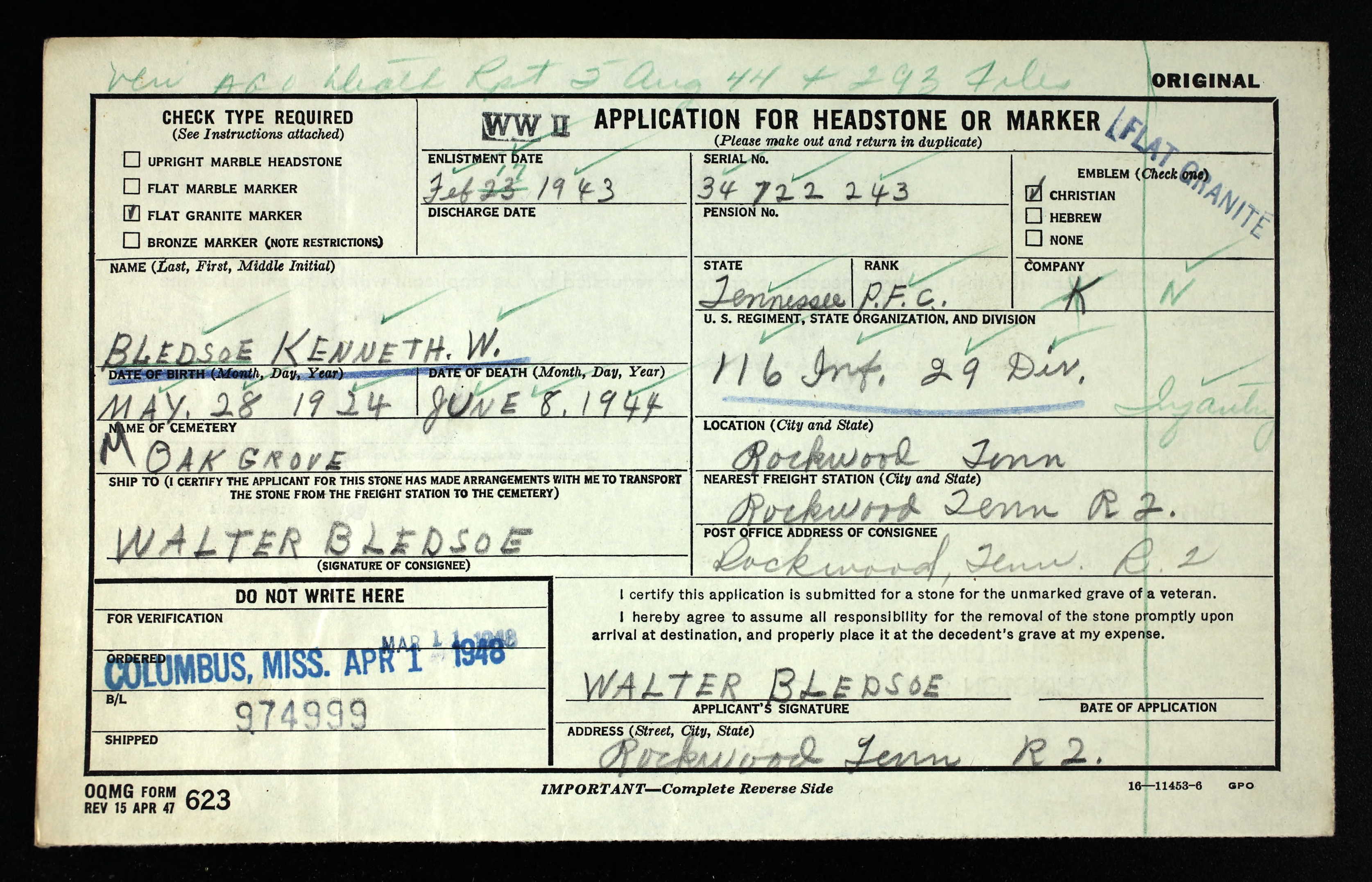