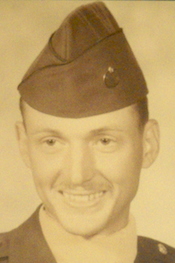 Newspaper Obituary:
“Word has been received here of the death of U.S. Army Sgt. Kenneth Ray Hodge, 21, 114 Boone St., Jonesboro, who was killed in Vietnam April 1, when his outfit came under heavy attack.

A native of Johnson City and a 1967 graduate of Science Hill High School, Sgt. Hodge was a former employee of M&S Auto Parts. He was a member of Central Christian Church, Jonesboro.

Sgt. Hodge entered the Army in July, 1968, and had been in viet with the 11th armored cavalry for the past 11 months.