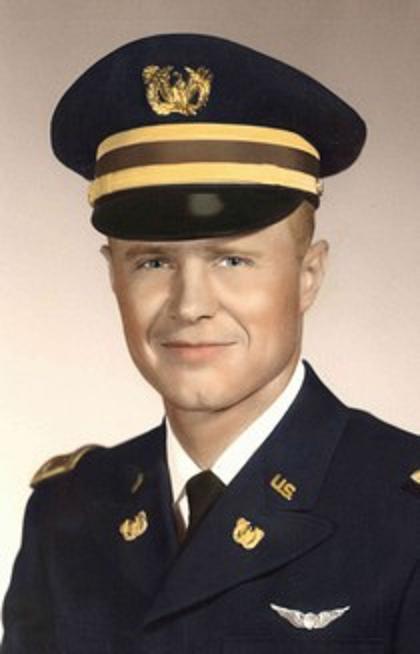 Kenneth Leon Stancil was a 31-year-old helicopter pilot when he was shot down in Vietnam, December 28, 1965. His remains have been recovered and were buried in Chattanooga National Cemetery. Mr. Stancil was a graduate of Central High School and was of the Baptist faith.
Kenneth received the Distinguished Flying Cross for his actions in November 1965 at the battle of Ia Drang. Under heavy enemy fire, of which his helicopter was the target, he remained on the ground to permit the unloading of ammunition and the loading of the seriously wounded American soldiers. He also received the Air Medal with Numeral 6, Army Commendation Medal, Vietnam Service Medal with two Bronze Service Stars, Presidential Unit Citation, Republic of Vietnam Gallantry Cross Unit Citation with Palm Device and several more.

Since the time of his death, his parents, Claude E. Stancil Sr. and Anna Mae Chambers Stancil, one sister, Margaret Robinette, and two brothers, Claude E. Stancil Jr. and Clyde Stancil, have passed away as well. Survivors include his daughter, Kathy Renee Wells, of Nashville, one brother, Don Stancil and his wife, Cathy, of East Ridge and several nieces and nephews including Chad and Chrissy Stancil.
Graveside services were held October 6, 2009,at Chattanooga National Cemetery with full military honors. 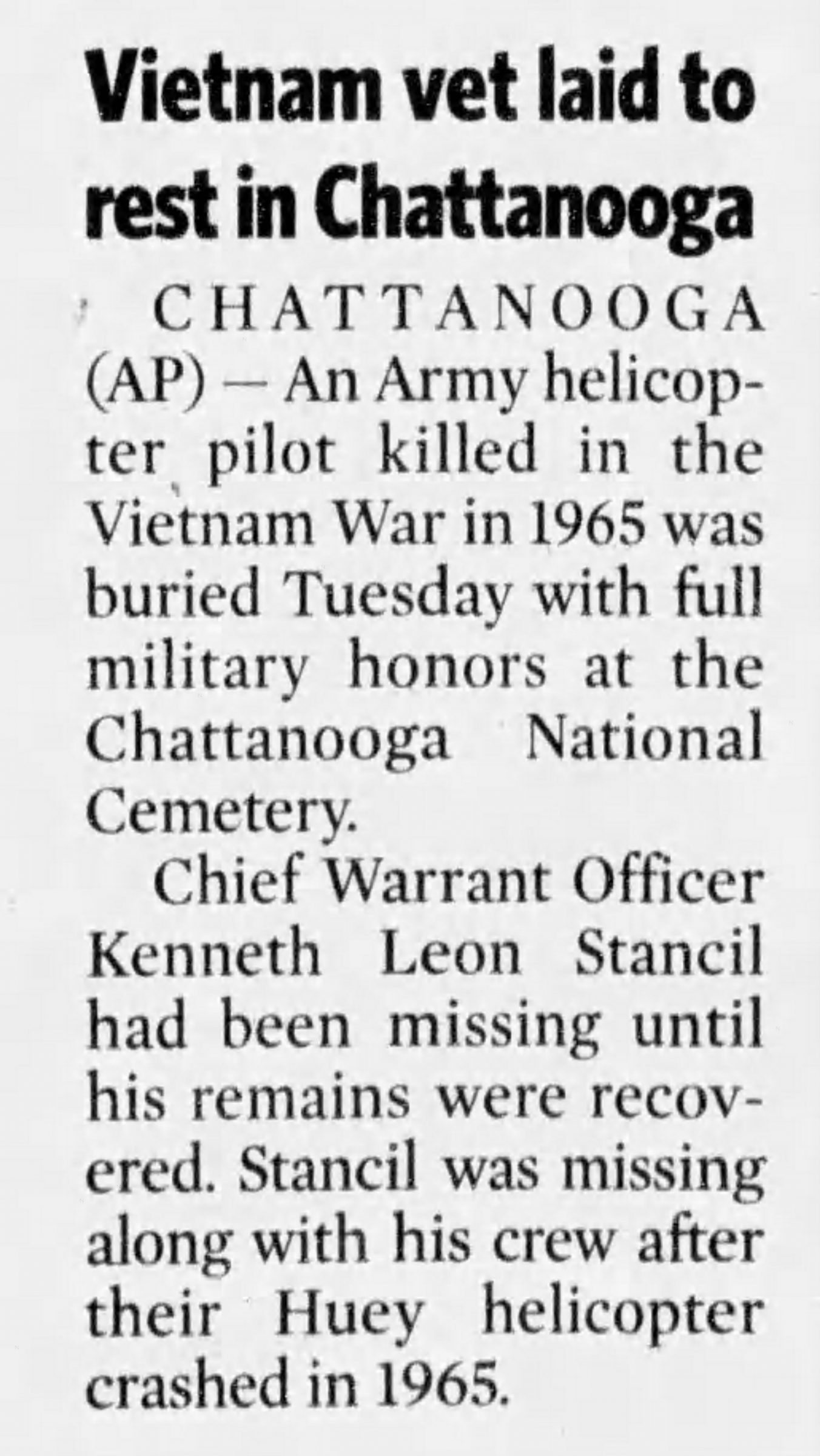