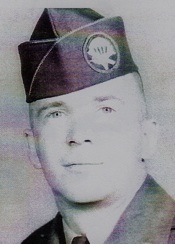 Sergeant Kenneth Joe Davis was born on October 13, 1934. Sergeant Davis was the son of George and Flossie McDonald Davis. He was from Lake City, Tennessee and was married to Leola F. Davis. He served in the military for ten years. His tour in Vietnam began on March 13, 1968. He served as a Material Storage and Handling Specialist in the Cam Ranh Bay Exchange, Vietnam Reg. Exchange, Army Headquarters Area Command. He died at the age of 34 in a non-hostile vehicle crash on February 4, 1969 in Knanh Hoa, South Vietnam. He is buried in Switzer, West Virginia. 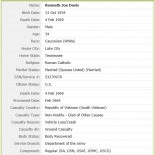 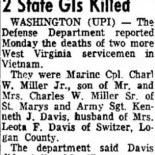