Aircraft B-17G with serial number 44-8216 departed from Grafton-Underwood, England on a combat mission to Cologne, Germany. There was moderate, accurate flak, and no enemy fighters seen. The aircraft was out of formation but under control when last seen. 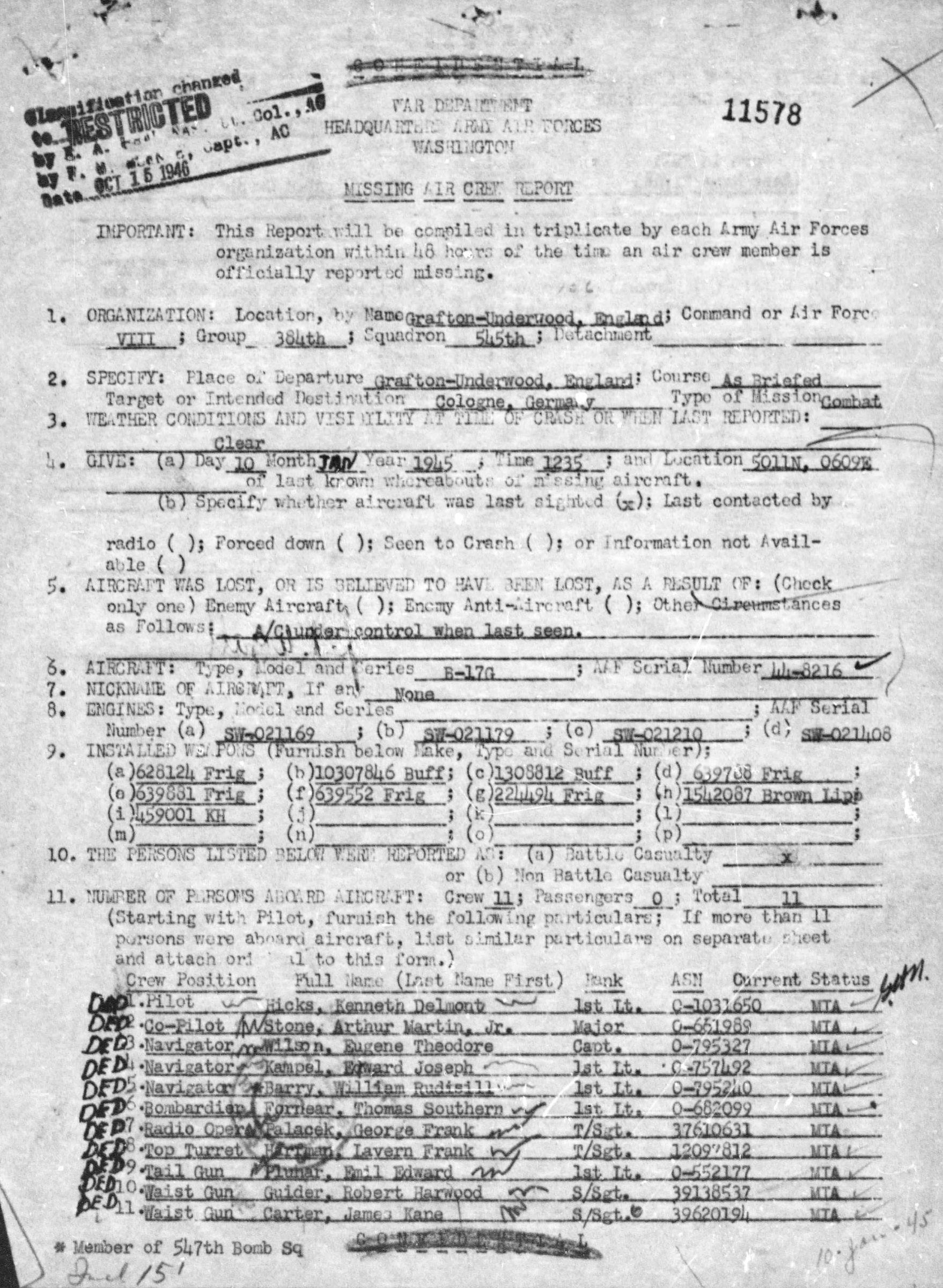