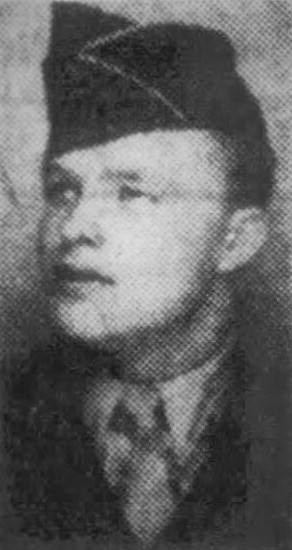 Enlisted January 19, 1944, in Fort Oglethorpe, GA
He served with the 3150 Signal Corps and died while in service in India.

The Knoxville News-Sentinel, August 8, 1945
Pfc. Kenneth Cruze, son of Mrs. Richard Holland of Louisville, Ky., was killed in India, July 19, his family has been notified. He was 19. Besides his mother, he is survived by two sister, Evelyn and Mildred of Knoxville; two brothers, Winfred and David of Knoxville; two half-brothers, Virgil and Richard Jr., of Kentucky; and grandfather, Jackson Cruze of Neuberts. Before going into service, Pfc. Cruze was employed by the C & C Beverage Co.

The Knoxville Journal, June 6, 1948
The body of Pfc. Kenneth Arnold Cruze, 22, of Neuberts, who was killed in aciton in India in July, 1945, will arrive in Knoxville tomorrow over the L&N from the Atlanta distribution depot. 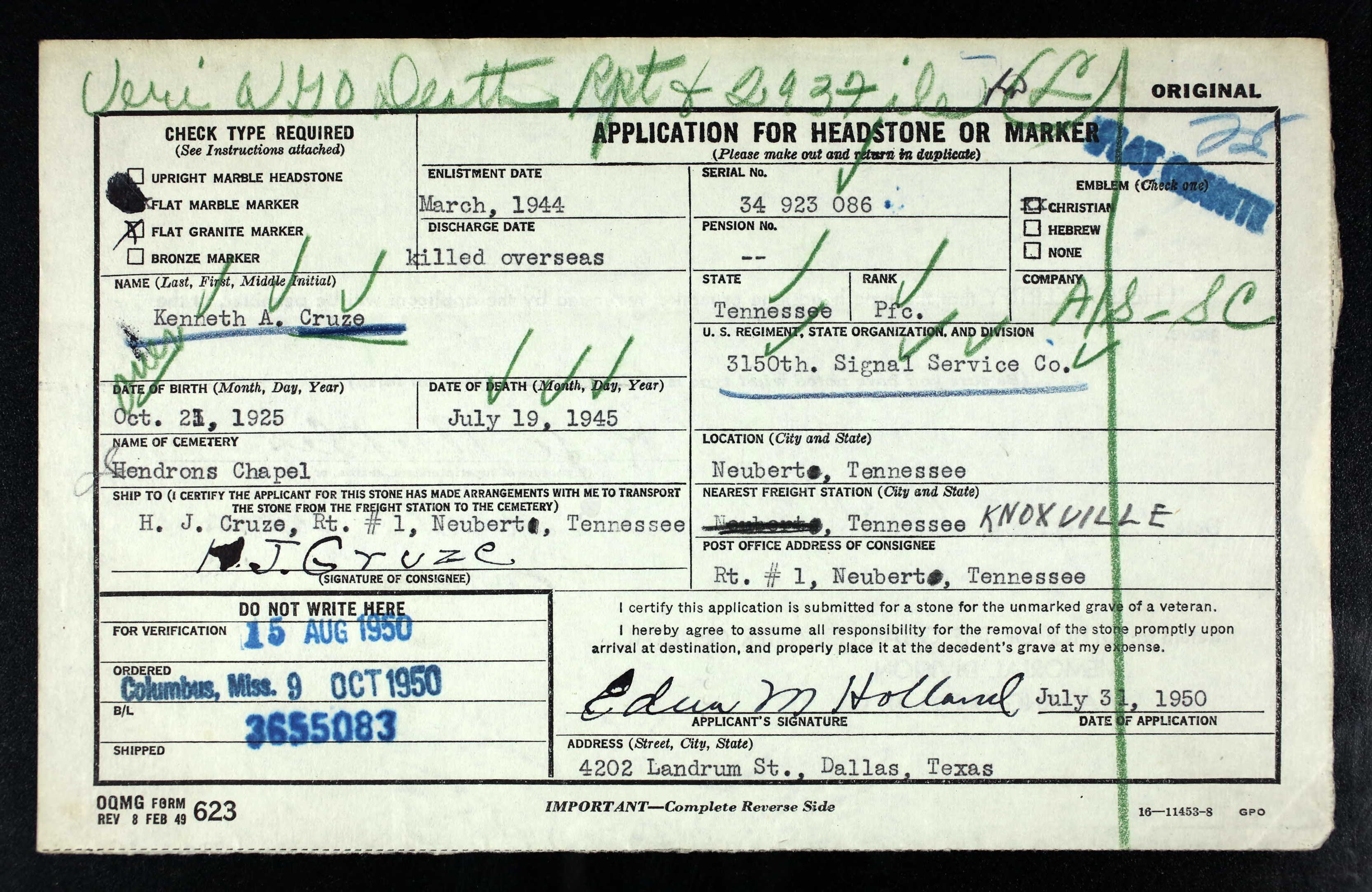 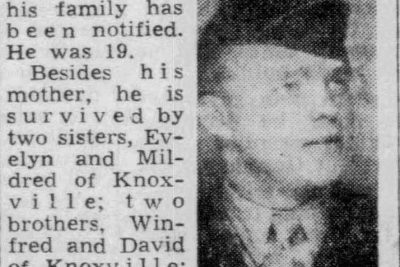 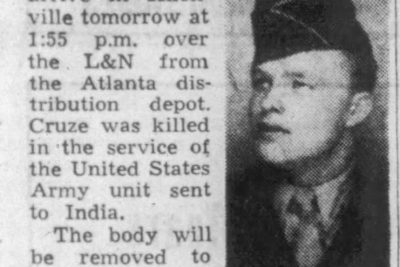