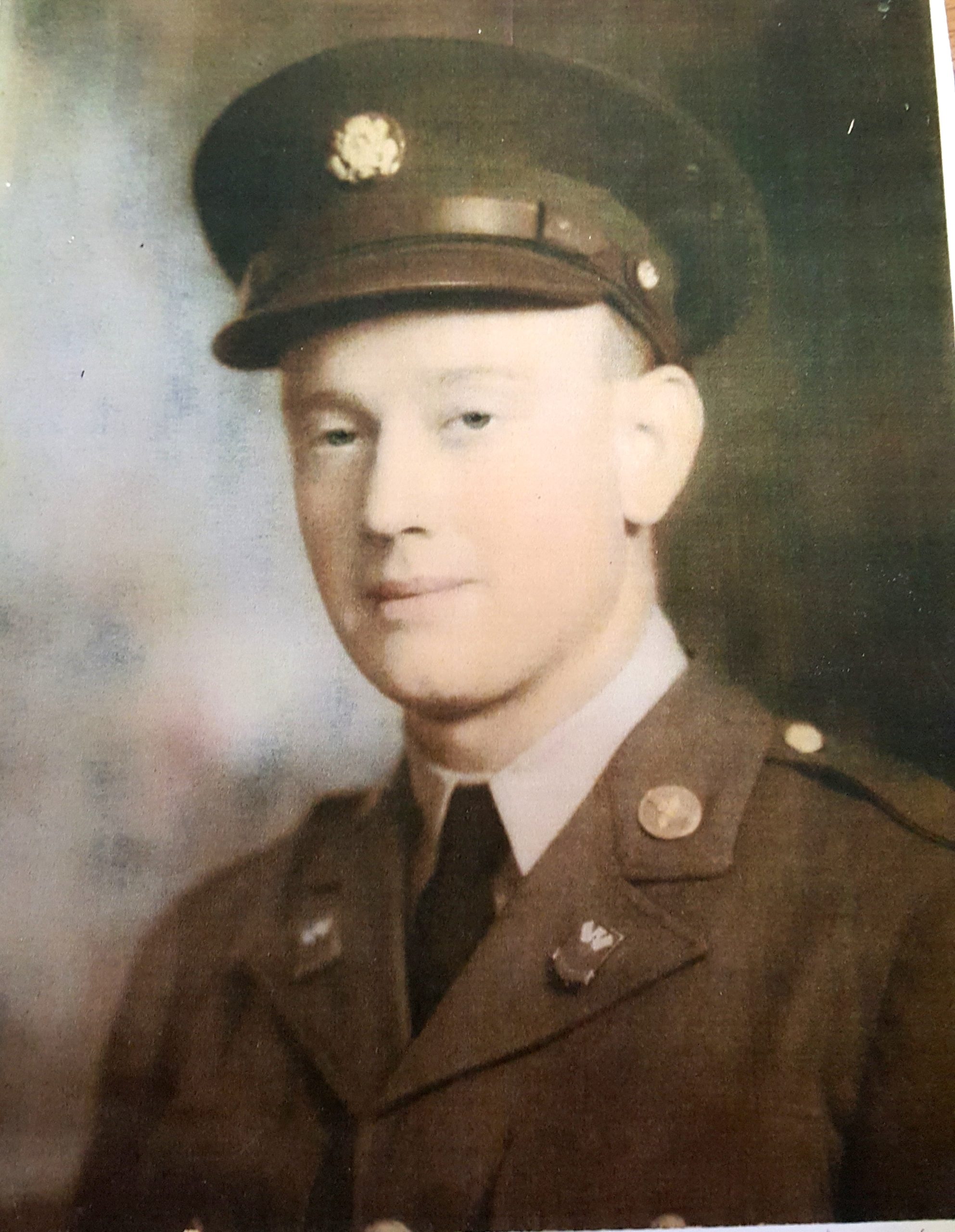 Aircraft B-24H with serial number 42-64456 departed from San Giovanni, Italy Air Field on a combat mission. The aircraft crashed into another plane after being hit by enemy anti-aircraft.

Statement from S/Sgt Norman C. Andrews:
At approximately 1519 on 28 April 1944, while in the vicinity of Porto San Stefano, Italy, I saw the B-24 plane piloted by Lt. Jerome E. Slater Jr., receive a flak hit in the number one engine. The engine burst into flames. The plane peeled to the left and downward, and crashed into the B-24 plane piloted by Lt. Richard A. Callan. Lt. Slater’s plane then went down fast in a twisting turn, hit the ground and exploded on impact. One chute came out of Lt. Slater’s plane, billowed open and appeared to land safely. That was the chute of Kels Laws, the bombardier. He was captured by the Italian fascists and badly beaten and shot. The tail of Lt. Callan’s plane was knocked off by the mid-air crash. The plane then went into a slow, spiral, flat spin, and exploded on impact with the earth. 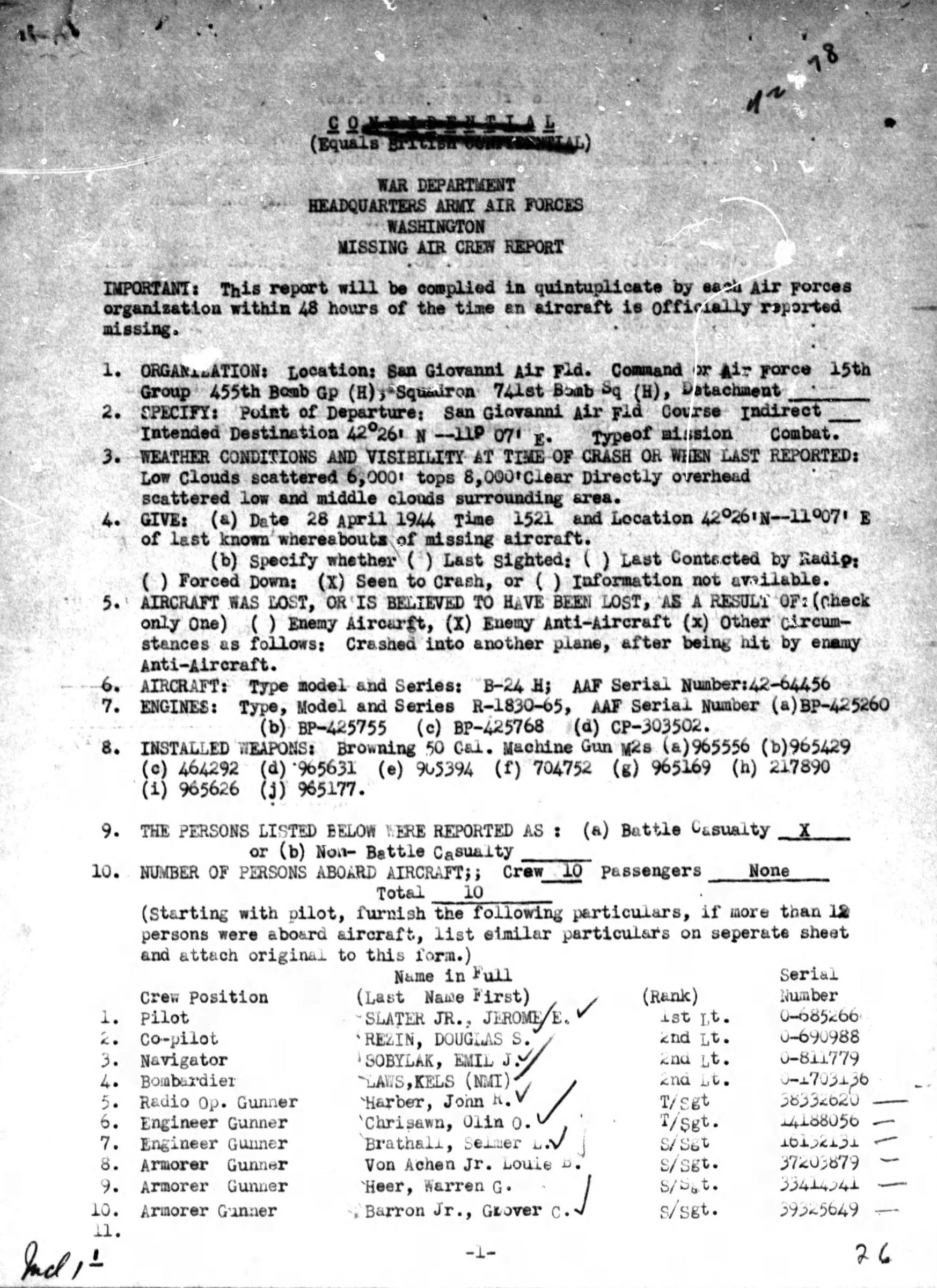 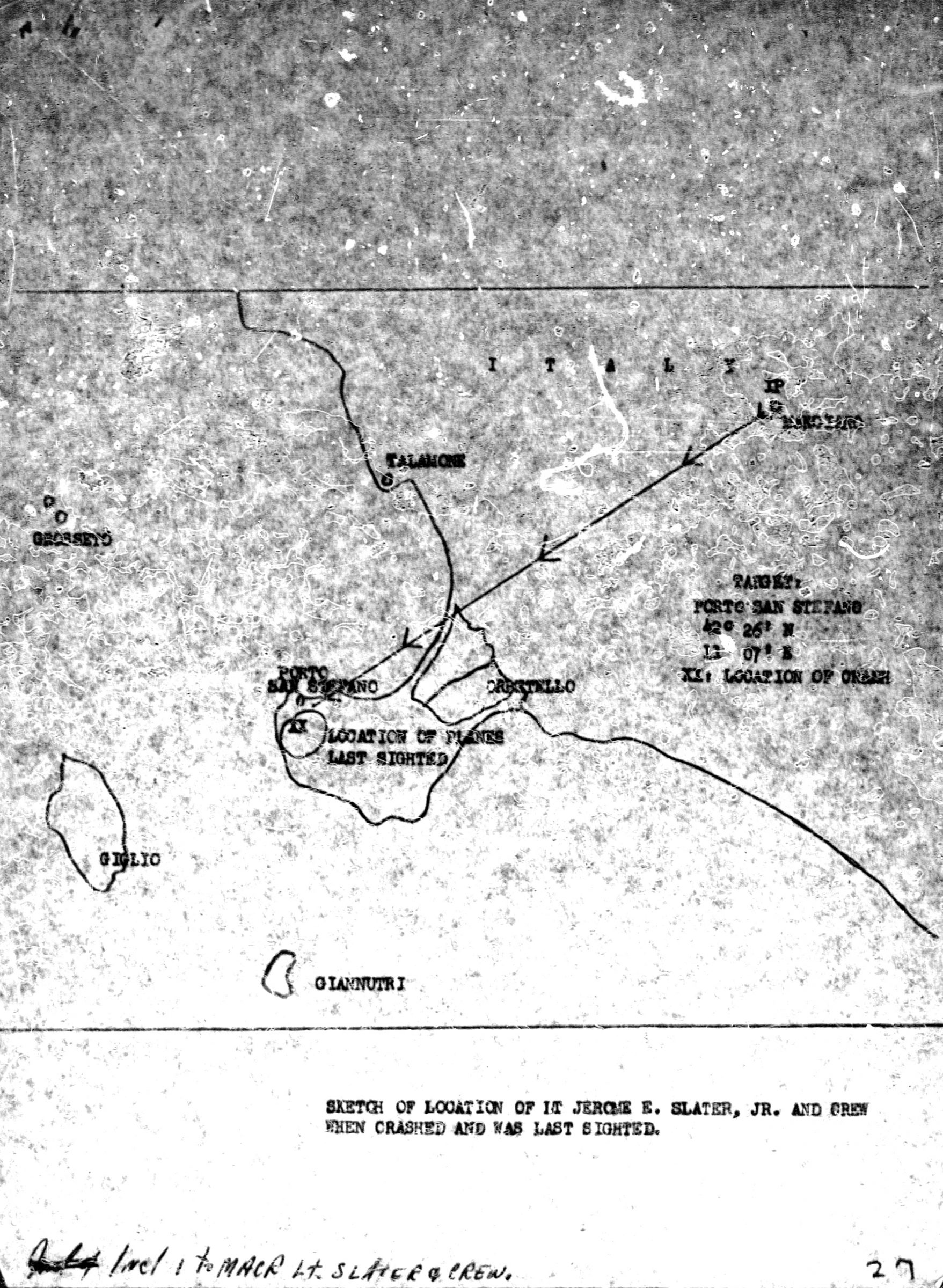 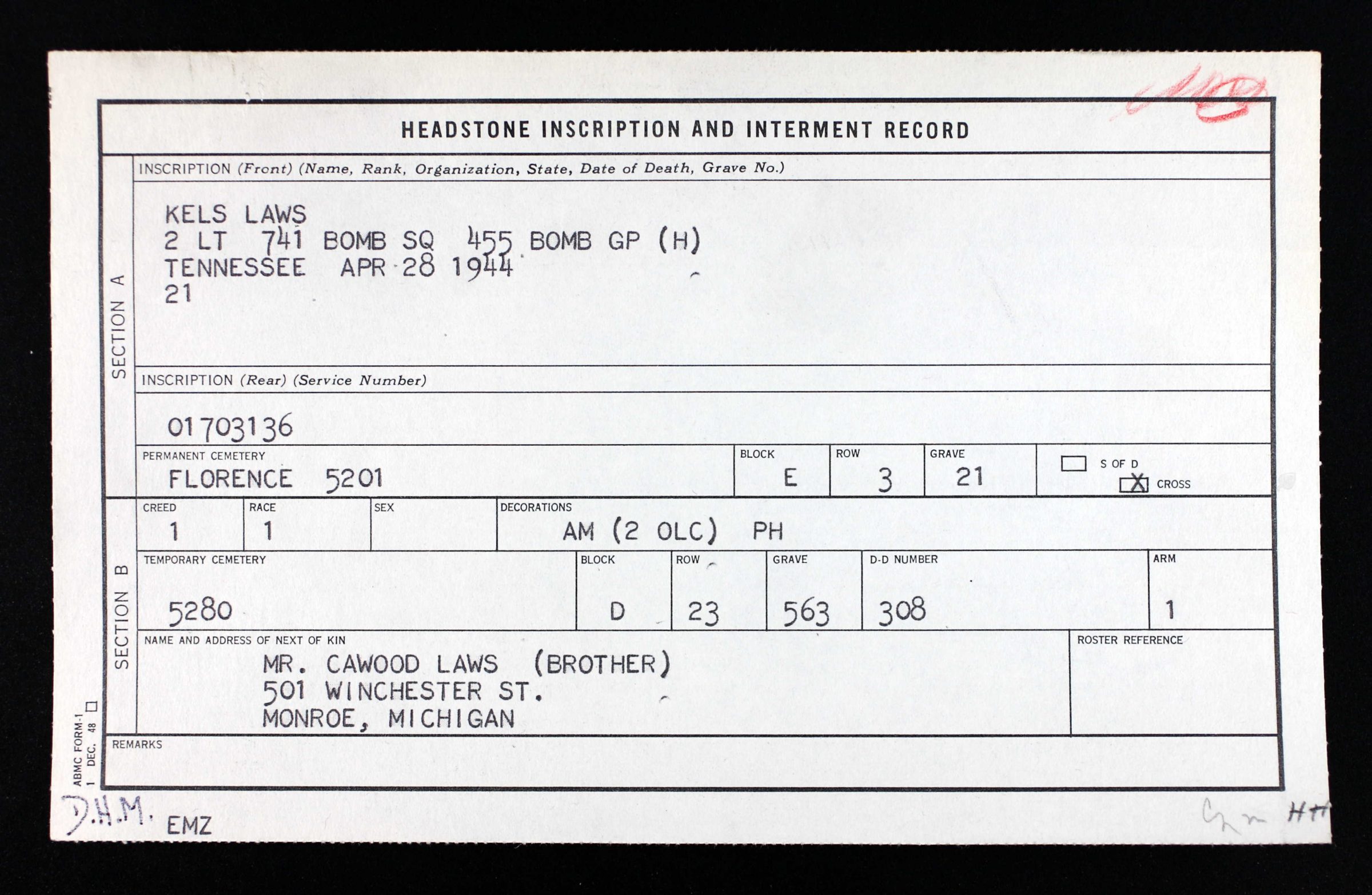 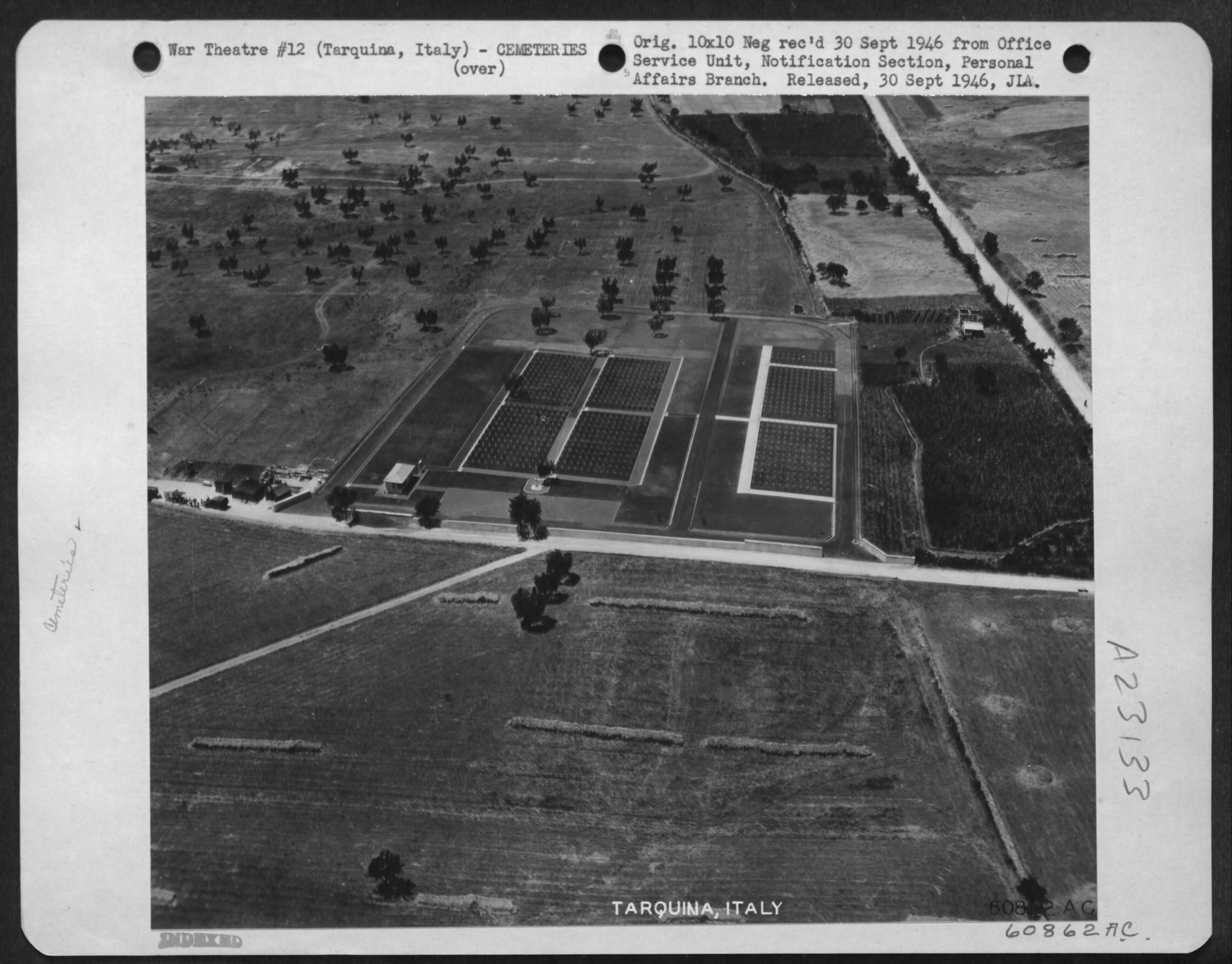 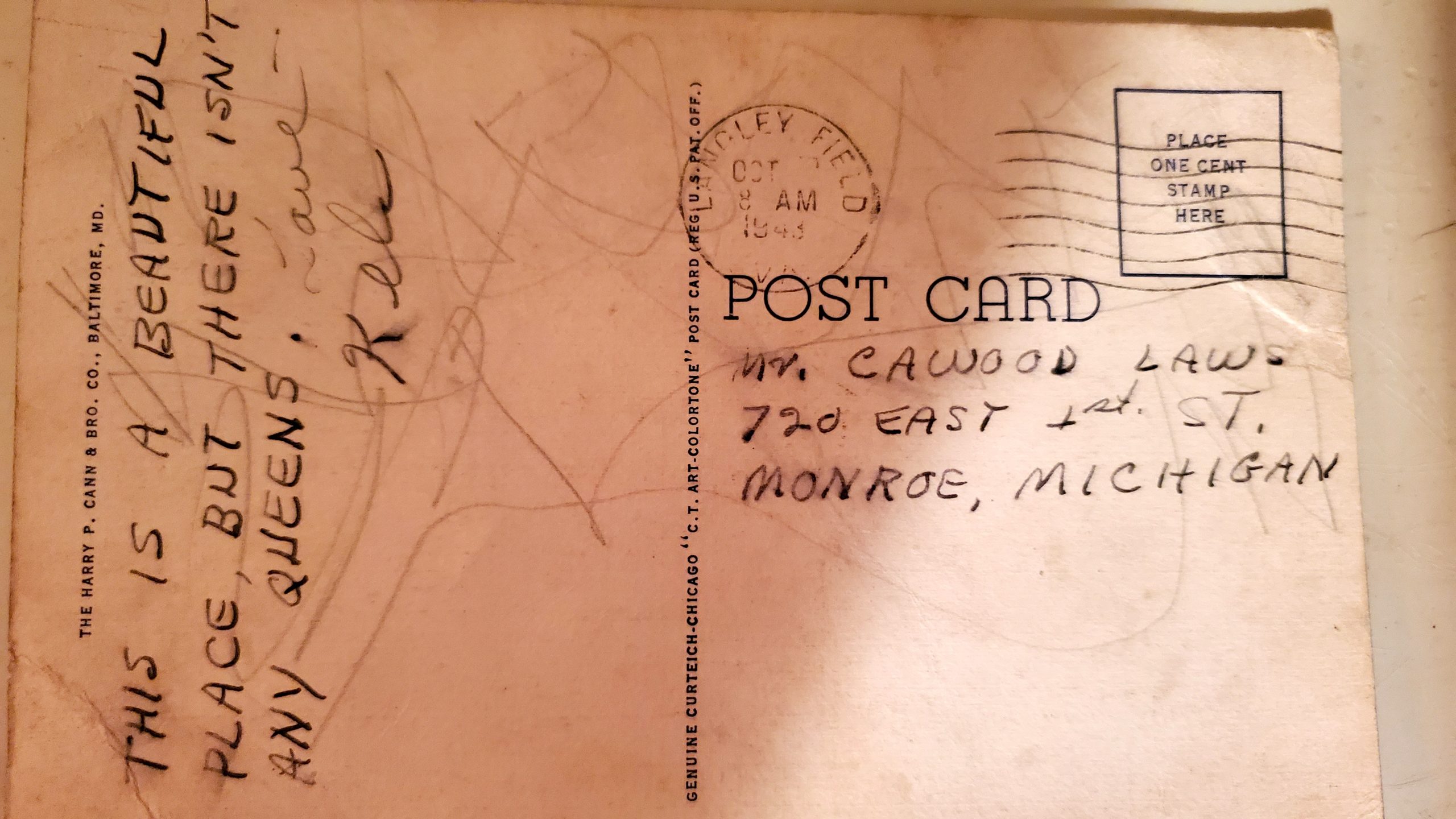 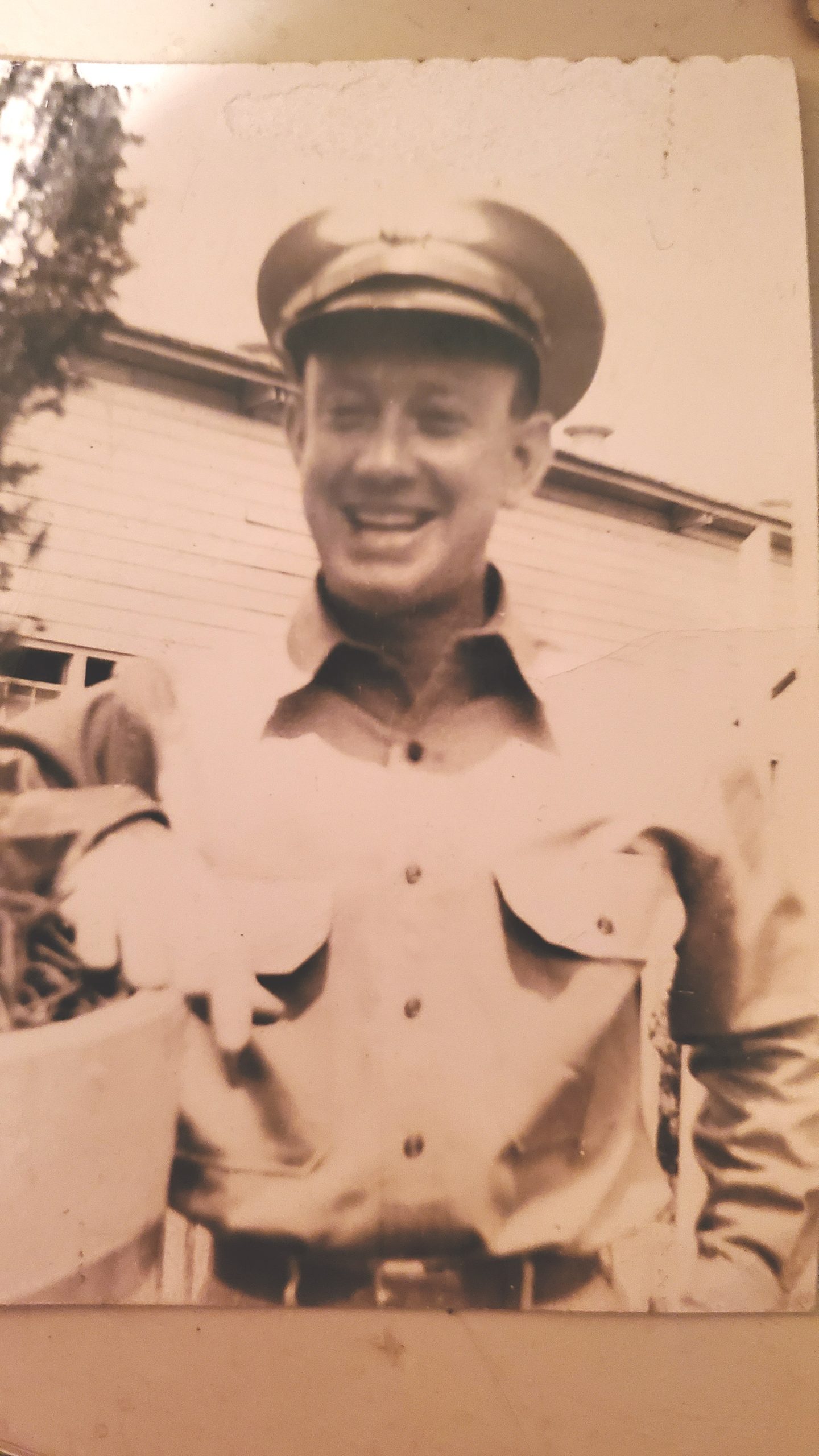