Sgt. Epley entered the service December 11th, 1942 and was assigned to Keesler Field near Biloxi, Miss., for basic training. He graduated there as an airplane mechanic the 24th of June, 1942. He had further training at Lorado, Texas; Tuscon, Ariz.; Blight, California and Mexico. He went from Langley Field, Ba., to New York and from there overseas.
Sgt. Epley was the oldest son of Mr. and Mrs. K.L. Epley, N. Elm Street. Other survivors include two brothers, John and Kenneth of Erwin: three sisters, Mrs. L.F. Pierce fo Washington, Mrs. Walter Williams of Nashville and Mrs. Raymond Garland of Erwin.

Aircraft B-24H with serial number 42-52645 departed from Fortaleza, Brazil on a ferrying mission to Dakar, Africa. The aircraft crashed and burned three minutes after take-off from Abjacento Field. The aircraft was totally destroyed, very little salvaged.

Statement by Major Ernest E. Dryer, Air Corps, Operations Officer
At approximately 0400 GMT, February 28, 1944 I was informed by the Officer of the Day that there was a large fire South-East of Adjacento Field and that a native had said that a plane had fallen. The Control Tower was contacted and they informed the writer that the last aircraft had departed, checked out and changed to C.W. frequency. The fire looked to be too large for a native dwelling so a local plane was flown over the fire. The fire covered such a large area that the Operations Officer and a detail of men went out to investigate. Upon arrival at the scene of the fire it was found that the plane was a B-24H, number 42645. It had crashed, exploded and was afire. The Fortaleza city fire department had arrived at the scene and was attempting to get the fire under control. The Operations Officer took charge and sent a messenger back to the Base to inform the Medical Officer, ambulances, Military Police and a working detail to report immediately.
Airplane parts and personal belongings were scattered for a distance of 1000 feet. Bodies were scattered over the area and one body was found hanging in a tree. Guards were placed over all the bodies and guarded until the Medical Officer took charge.
The Operations Officer then returned to the aircraft, checked the airplane number with the departure record, and found that the aircraft that crashed was the last one to depart. It crashed three minutes after taking off. Aircraft was so completely damaged that a check of the controls was not possible. It was noted that the right wing had hit a tree and broke off, that the path of the airplane had changed approximately 90 degrees to the right after striking the tree. It then rolled or bounced in a straight line for approximately 1000 feet, disintegrating along the path. The plane struck a tree, stopped in a ditch and exploded throwing debris in a large area. One hut was burned, an oil tank was blown through the roof of another. No natives were killed or injured.
Examination showed that one engine had a number of cylinders broken off. A native living a half a mile from the scene made a statement that the engines had stopped as the plane had flown over her house. Examination of the propellers showed that at least three of the engines had power and it cannot be decided about the fourth due to the extent of the damage.
It is thought by the Accident Board that the cause of the accident was failure of one or more engines immediately after take-off, or retracting the flaps at too low an altitude thus causing the airplane to settle into a tree tearing the right wing from the plane. 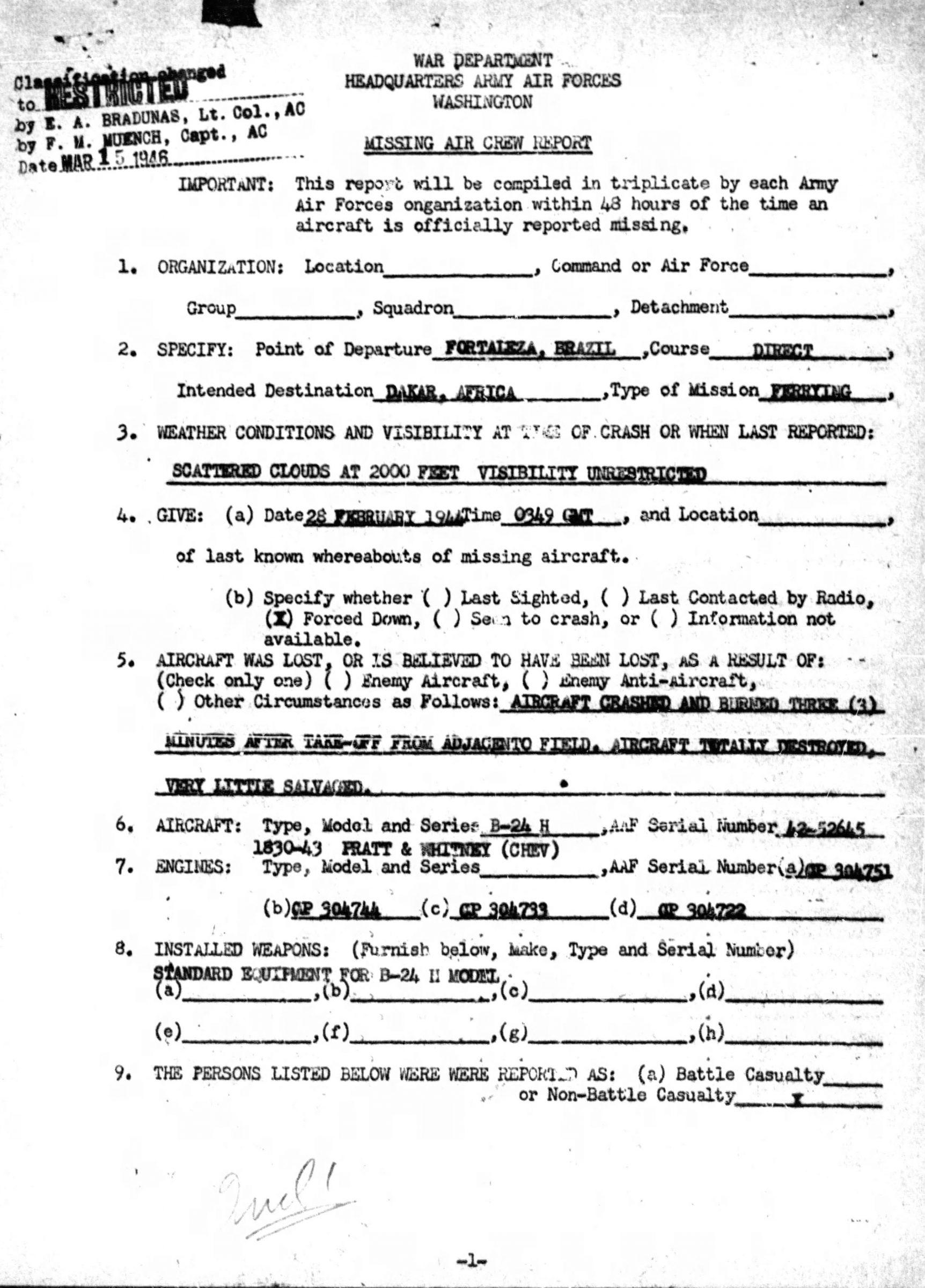 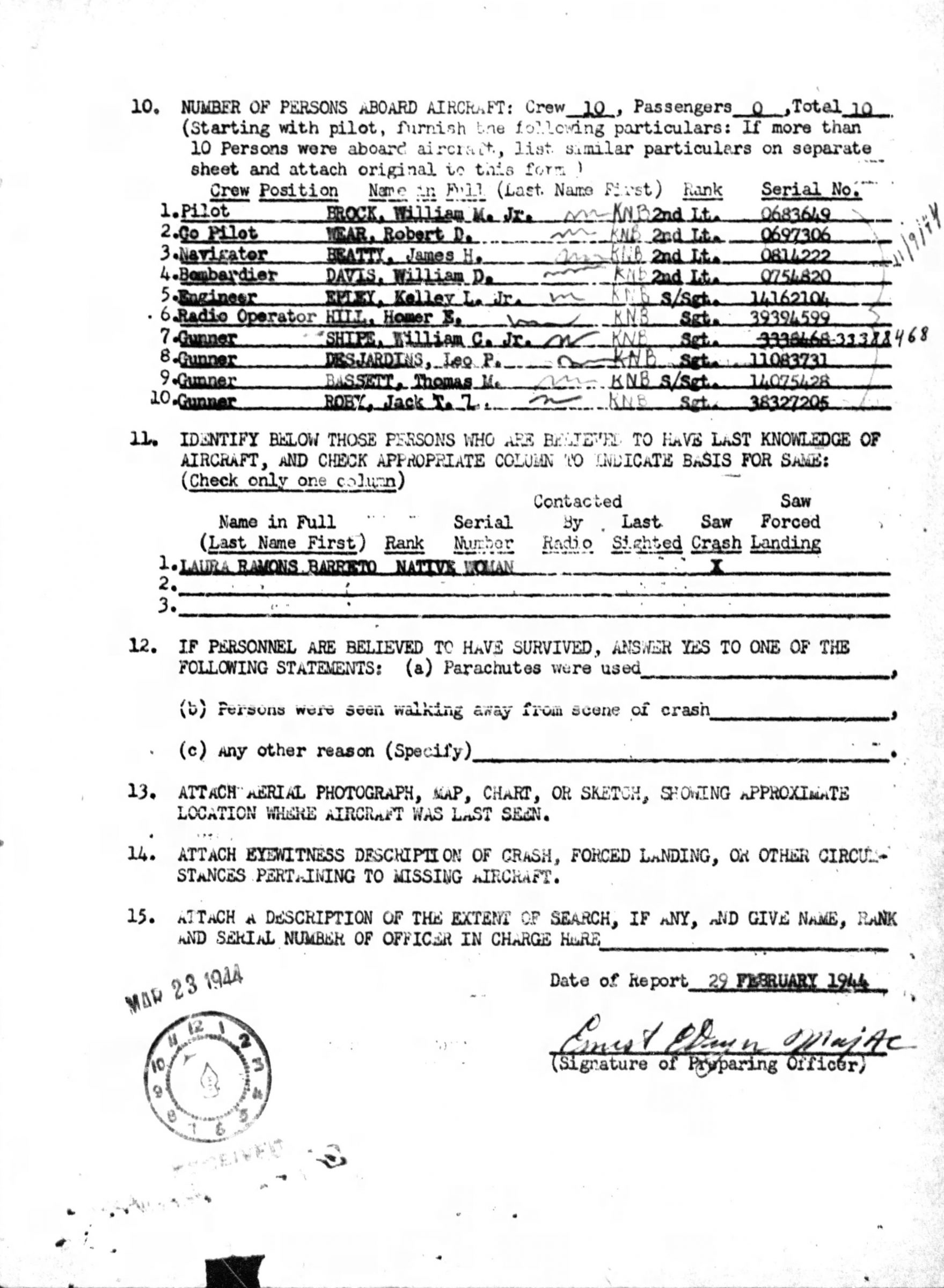 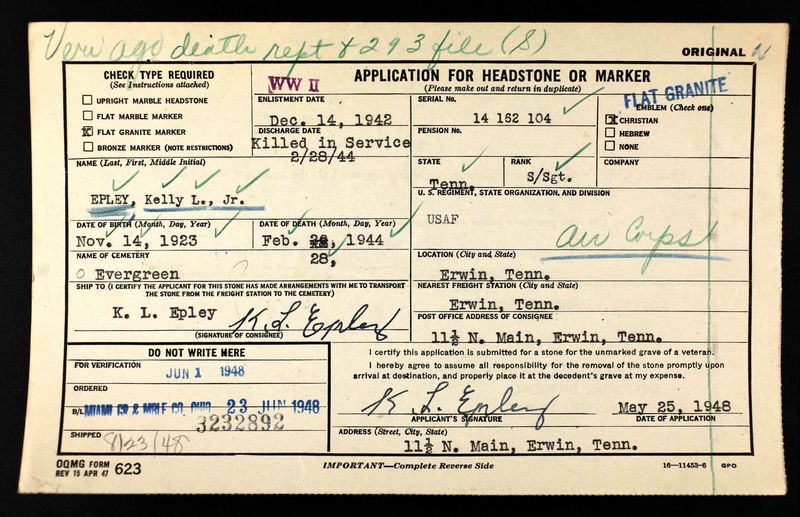 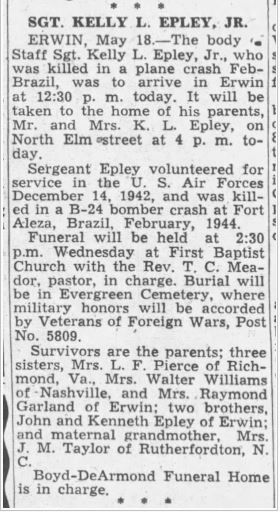 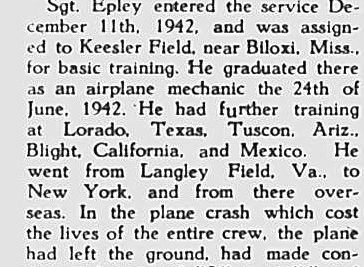