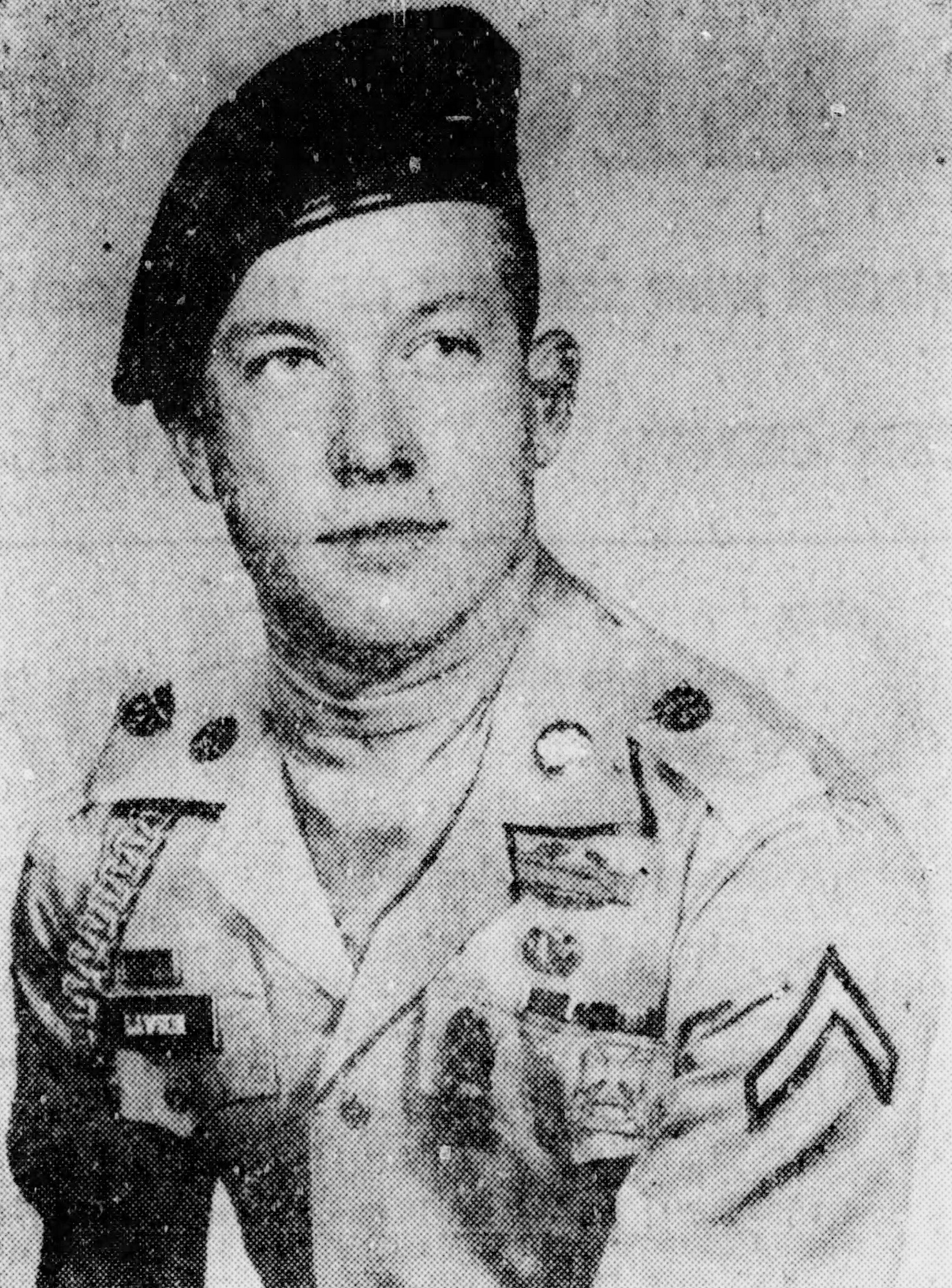 Specialist 4 Karl Wade Lawson was born on May 21, 1947, and was originally from Terre Haute, Indiana. He served his country in the Vietnam War in the United States Army, as an indirect fire infantryman in Detachment B-36, A Company, 5th SFG, Special Forces. He had served in the Army for two years when his tour in Vietnam began. On April 9, 1968, SP4 Lawson was involved in an operation in Phuoc Long province, South Vietnam, when he was killed at the age of 20 by a piece of shrapnel from an American battery in a friendly fire incident. His body was lost during the helicopter extraction, and he remains listed as missing in action today. SP4 Lawson is memorialized on the Vietnam Veterans Memorial on Panel 49E, Line 3. 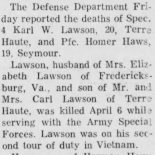 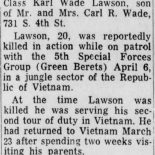