The Knoxville News-Sentinel, August 25, 1944
Lt. Karl K. Hicks, son of Mr. and Mrs. Karl K. Hicks, 918 Hiawassa Evenue, was killed in action in Normandy area, according to word from the War Department, received by his parents. Lt. Hicks was born in Anniston, Ala., and moved to Knoxville in 1934. He graduated from Knoxville High School in 1940. While in high school, he was staff officer in the R.O.T.C. He entered the service in September, 1942, and graduated from Officers Candidate School, Ft. Benning in May, 1943. He had been overseas less than three months, and in action a week at the time of his death. Besides his parents, he is survived by a sister, Mrs. Robert W. Glover of Paris, Texas 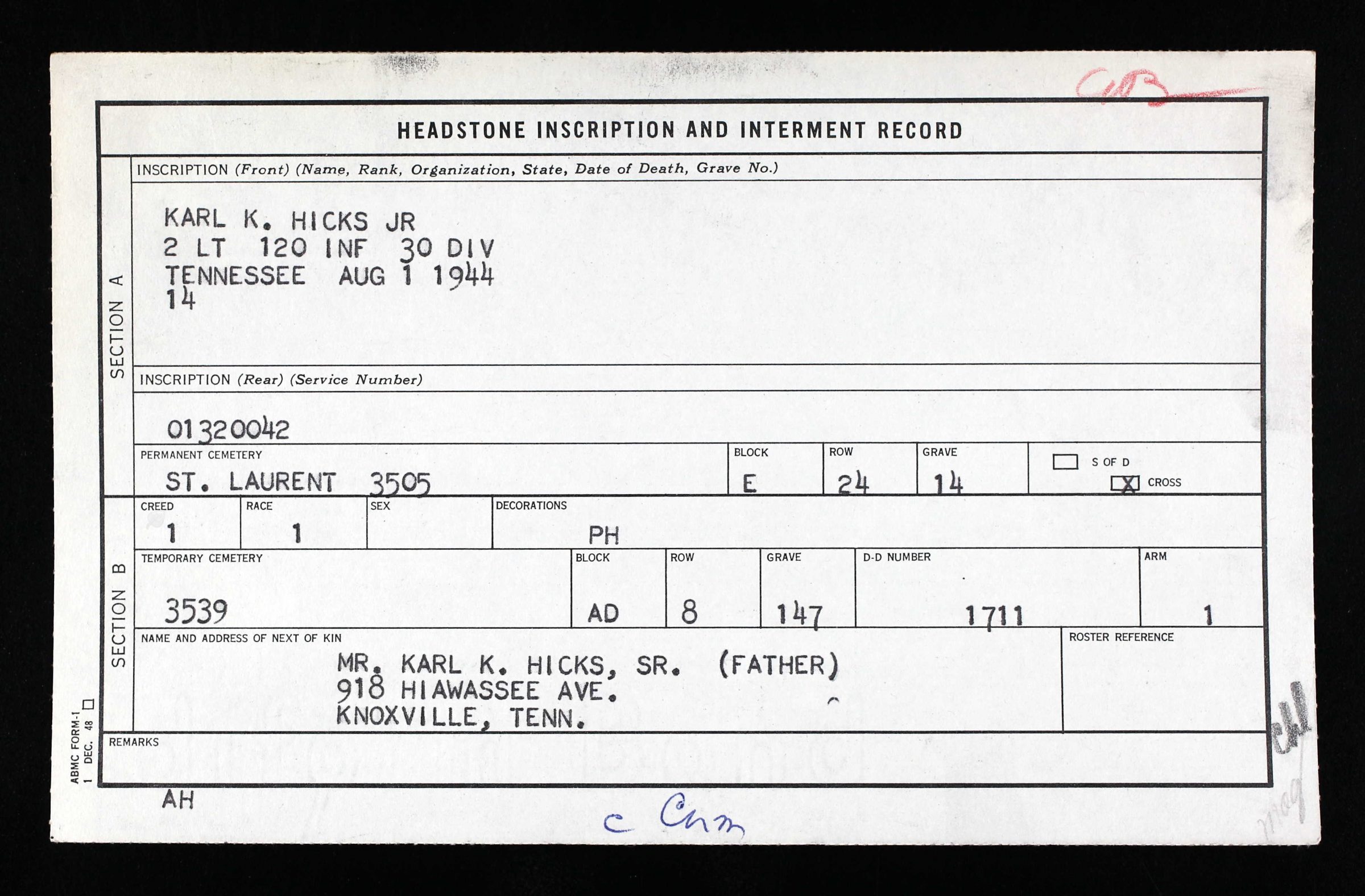 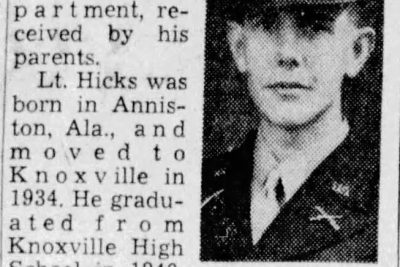 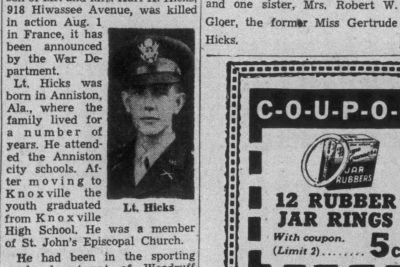