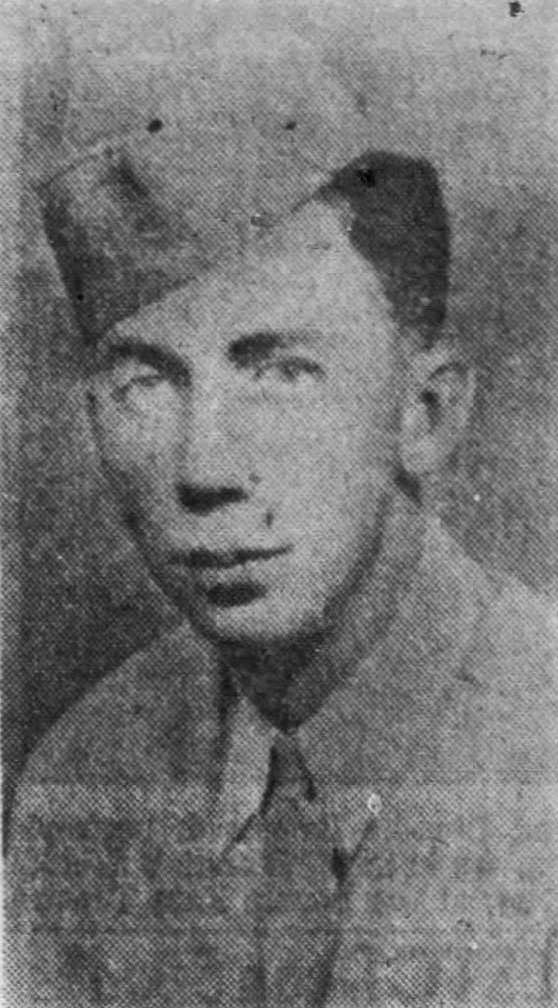 The Elizabethton Star, June 12, 1945
Pfc Carl Fletcher Grindstaff was reported killed May 5 on Okinawa, according to a release received from the War Department yesterday, by his parents Mr. and Mrs. Arthur Grindstaff of 508 Range street. Private Grindstaff was with the 8th army infantry outfit and went into service November 17, 1942, he went overseas July 1943. He has seen action in the Aleutians, Marshalls, Leyte and Okiwana, having gone to Okiwana on Easter Sunday. Private Grindstaff was holder of the combat infantrymans badge. In civilian live he was employed at the American Bemberg Corporation. Private Grindstaff has four brothers; Fred S1/c, Sgt. Charles who has been in Germany but is now on his way home; James and Dick Grindstaff who are both employed at North American Rayon Corporation. 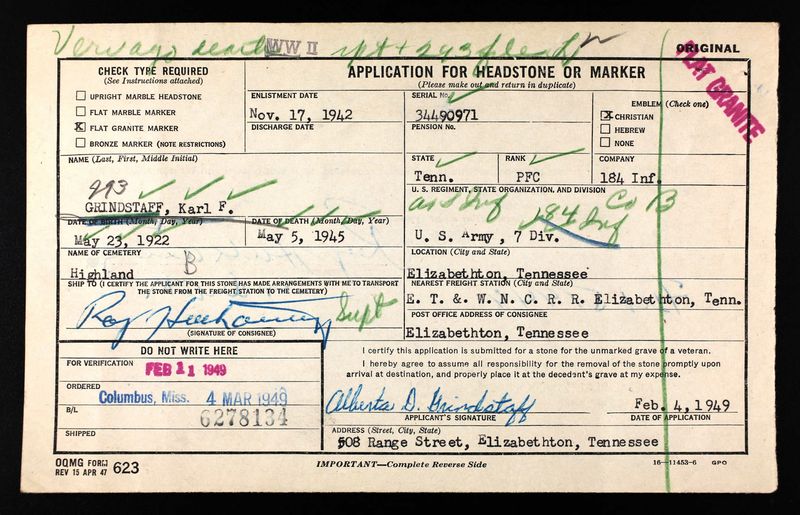 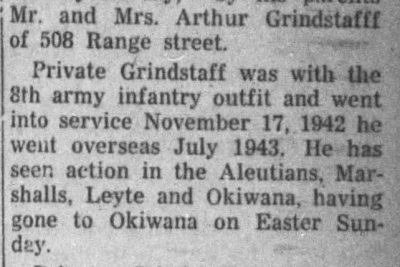 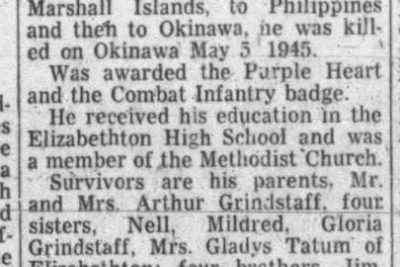 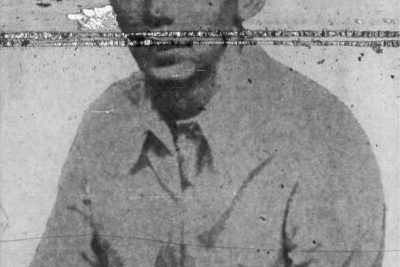