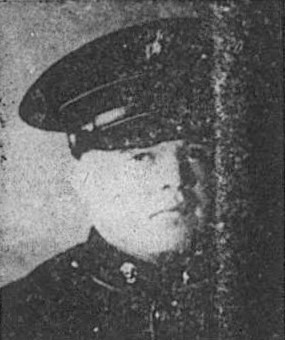 The Johnson County News, August 3, 1944
R.B. Walsh Jr., son of Mr. and Mrs. R.B. Walsh was inducted in the Army July 12, and was sent to Fort Knox Kentucky for Basic training. This makes four of the Walsh brothers serving in the services of our country. Justin is a prisoner of the Japanese.

The Johnson County News, October 11, 1945
Justin C. Walsh, son of Mr. and Mrs. Rod Walsh, Rte. 3, who has been a prisoner of war since the fall of Corregidor, died August 9, in Tokyo, his parents were recently notified. He was with Gen. Wainwright’s army in the Philippines and was a survivor of the “Death March” of Bataan. The last word the parents had from him was in April of this year, dated some time in 1944. 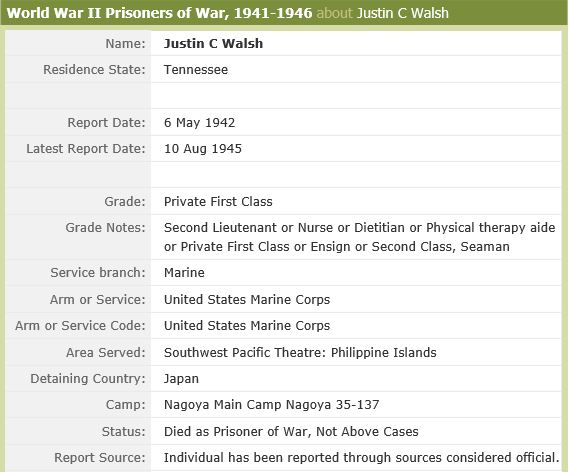 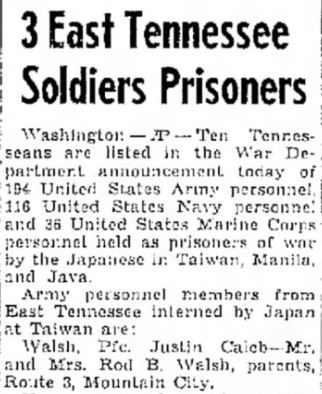 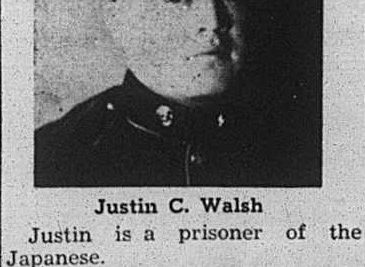 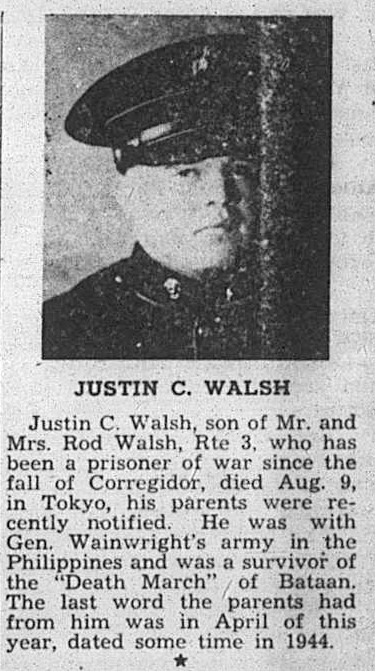