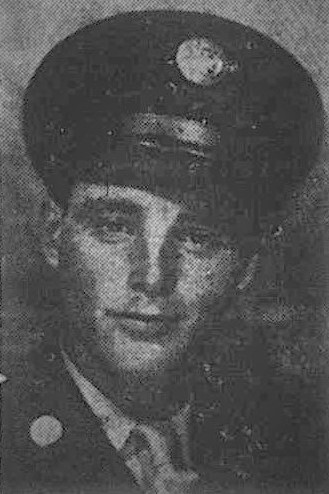 Scott County news, June 8, 1945
Mr. Jasper Lawson, Gennett, Tennessee
Dear Mr. Lawson:
It is with the deepest rregret that I write you concerning the loss of your son, Private First Class Junior Lawson, 3498374 in The Rhine Valley, Germany, fighting for the continued freedom of the world from self-appointed dictators. I join his fellow soldiers in sharing your loss with our deep and sincere sympathy. Private First Class Lawson was killed in action while his platoon was in teh attack on Grossgerau, Germany. He was hit and instantly killed by small arms fire. I can assure you that everything that human courage and medical knowledge can offer is done for our men when they are injured. In addition, our Chaplains are hubitually present on the field of battle to encourage the wounded or to administer the last rites in case of death. Also, that these Chaplains are present at the Army burial ground where simpleb ut appropriate services were held by a Protestant Chaplain when your son was laid to rest in Stromberg, Germany. An appropriate head peace is erected over the Grave and teh plot is well cared fro by the U.S. Government. In closing, may I repeat my regret at your loss couplet with my admiration for your sons bravery in giving his life that others might be free. Very sincerely yours, Robert P. Bell, Colonel, 10th Infantry Commanding. 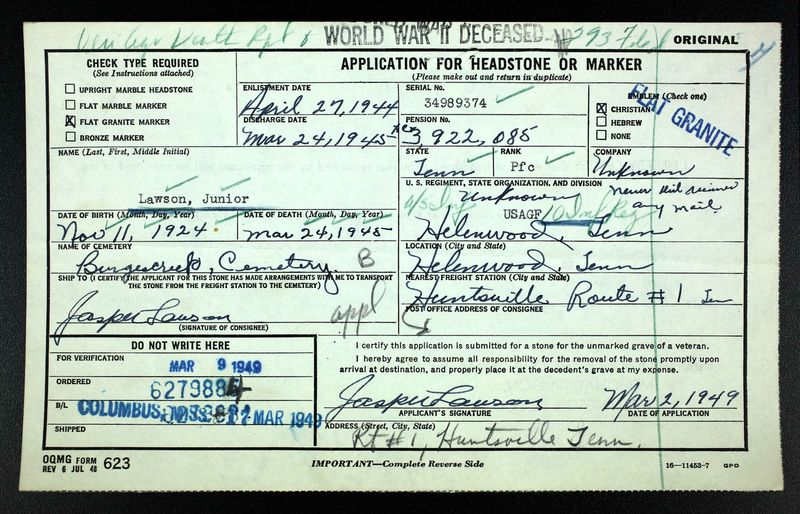