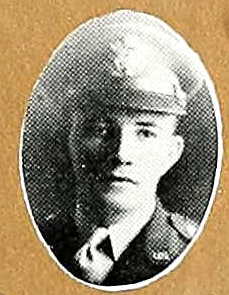 Col and Mrs. D.B. Todd of Etowah, have been informed that by direction of the President, the Air Medal has been posthumously awarded to their son, First Lieutenant Joseph W. Todd, Air Corps. The citation accompanying the award is as follows:
“For meritorious achievement while participating in sustained operational flight missions in the Southwest Pacific area from 4 December 1943 to 20 March 1944, during which hostile contact was probable and expected. These operations included escorting bombers and transport aircraft, interception and attack missions and patrol and reconnaissance flights. In the course of these operations, strafing and bombing attacks were made from dangerously low altitudes, destroying and damaging enemy installations and equipment. The courage and devotion to duty displayed by Lieutenant Todd during these flights are worthy of commendation.”
In announcing the presentation of the award Brig. Gen. Robert H. Dunlop, actin the Adjutant General stated in the letter to Col. And Mrs. Todd. “The decoration will be forwarded to the Commanding Geberal, Fourth Service Command, Atlanta, Ga., who will select an officer to make the presentation. The officeer selected will communicate with you concerning your wishes in the matter.” 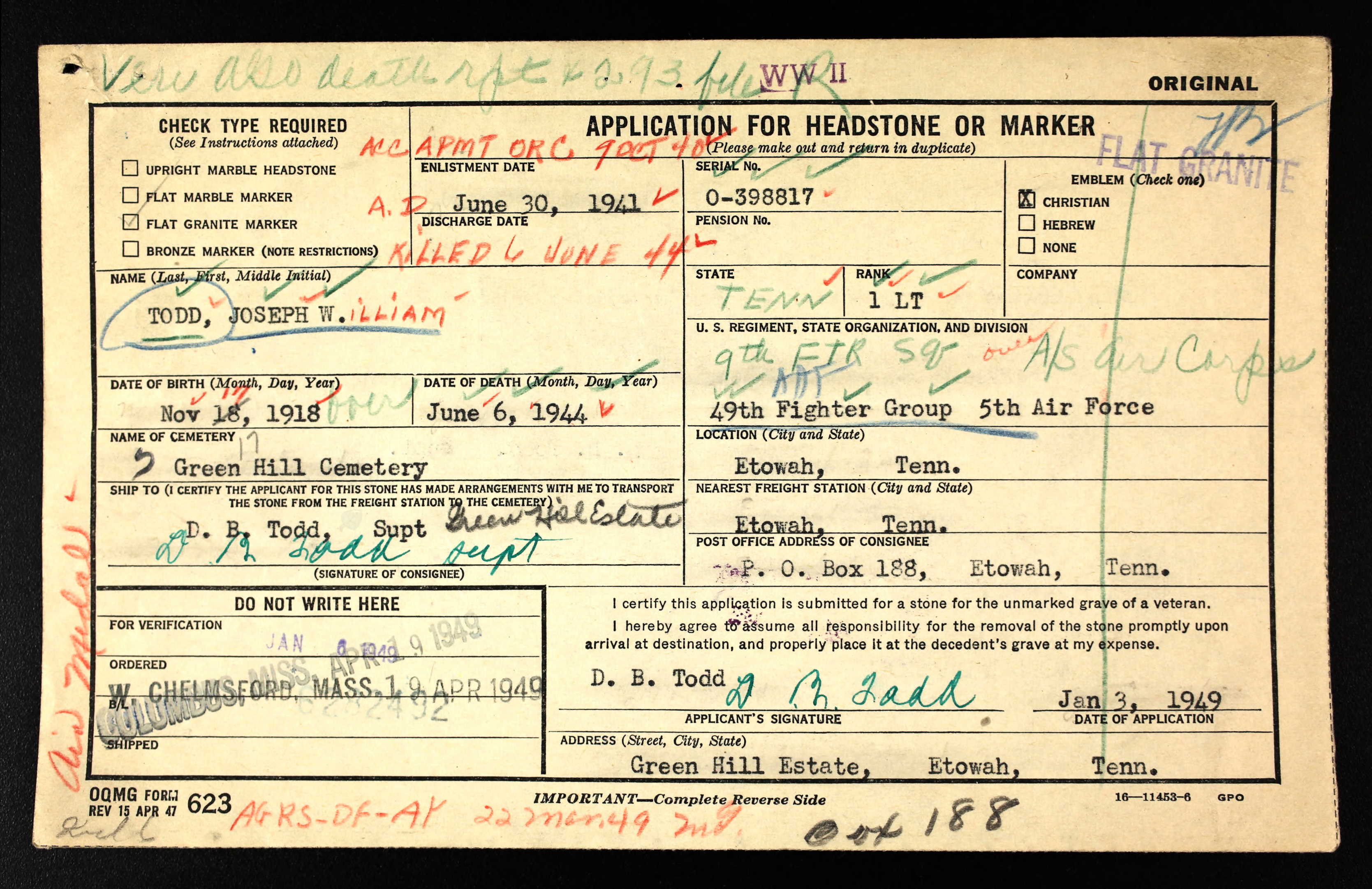 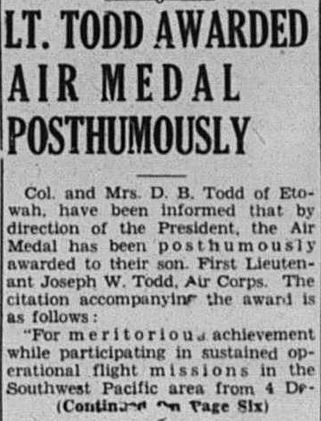 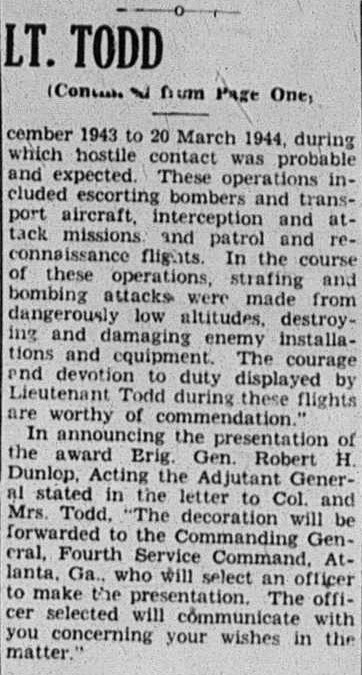 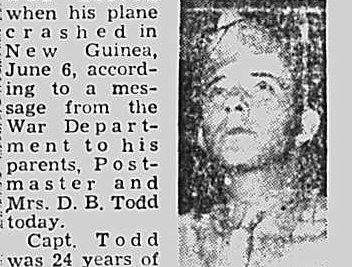