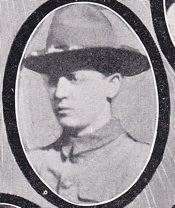 Joseph Wayne Overholser was born in Greene County and buried in Greene County but his family moved to Knoxville before 1910. He is listed in The Washington Post, Sunday, July 28, 1918 edition as Died of Wounds – Overholser, J. W., Knoxville, Tenn. The book “Knox County in the World War, 1917-1918-1919” lists him on page 68 as being a casualty and his picture is on page 69. His brother, Dewey Lexon Overholser also of Knoxville, is pictured in this book as having served in the war and survived.
-Submitted by Joyce Smith

He was the son of John G. and Nancy Strong Overholser.

“Writes Mother of Dead Sammy. Company Commander Commends Joseph W. Overholser”
“He Was a Dandy Soldier and With the Best of the Division,” Says Officer.

Mrs. Nancy Overholser, of Vestal, whose son Private Joseph W. Overholser, of the 131st U.S. Infantry regiment, was killed in action in France, has received a letter from Capt. James W. Luke, who was in command of the company when the young man was killed by a shell. Capt. Luke stated that Private Overholser’s body was buried in “No Man’s Land,” at Harmel, France. This sector was captured by the allied armies in the fierce fighting that occurred July 4. Overholser and nine other brave young men of his company were killed during the fighting.

The letter from Capt. Luke to Mrs. Overholser, follows:
France, Sept. 21, 1918,
My Dear Mrs. Overholser
Your letter received this date, and was glad to hear you had received my letter to you. Your boy died on the battlefield fighting like a true American soldier boy. He was struck by a shell which killed and wounded a few more besides himself. He was buried in No Man’s Land, at Hamel, France. His grave is marked with a cross with his name painted on it. We had captured this place on the 4th of July a day that will always be remembered by everyone that took part. There were 10 killed in this battle from my company, and it was fate that it happened to be your boy. He was a dandy soldier, and was with the best company in the division. I am sorry for you and for all the mothers of the boys who have passed away, and if the Boches does not get me I wish to live to tell all mothers and fathers what grand soldiers the American boys are. He is a credit to you and to his country, and may the Lord save them all. I know the way a mother feels, as I have one too, who is anxious about me. So anything that you wish to find out, that I have not told you, please write. Would be glad to receive a letter from your family as your boy was a part of me, just the same as he is a part of you. I had trained him and took care of him, and they look to me as their salvation. I am a young man, and try to do things for the men as best I know. Sometimes it is hard, but a captain has to see that they keep clean, that they are fed and also to watch over them like a father, and I hope I am doing all of that. You speak of him going “over the top,” he sure did. He had a shell wound which killed him instantly.
-The Journal and Tribune, Knoxville, Tennessee, Sunday, October 20, 1918. 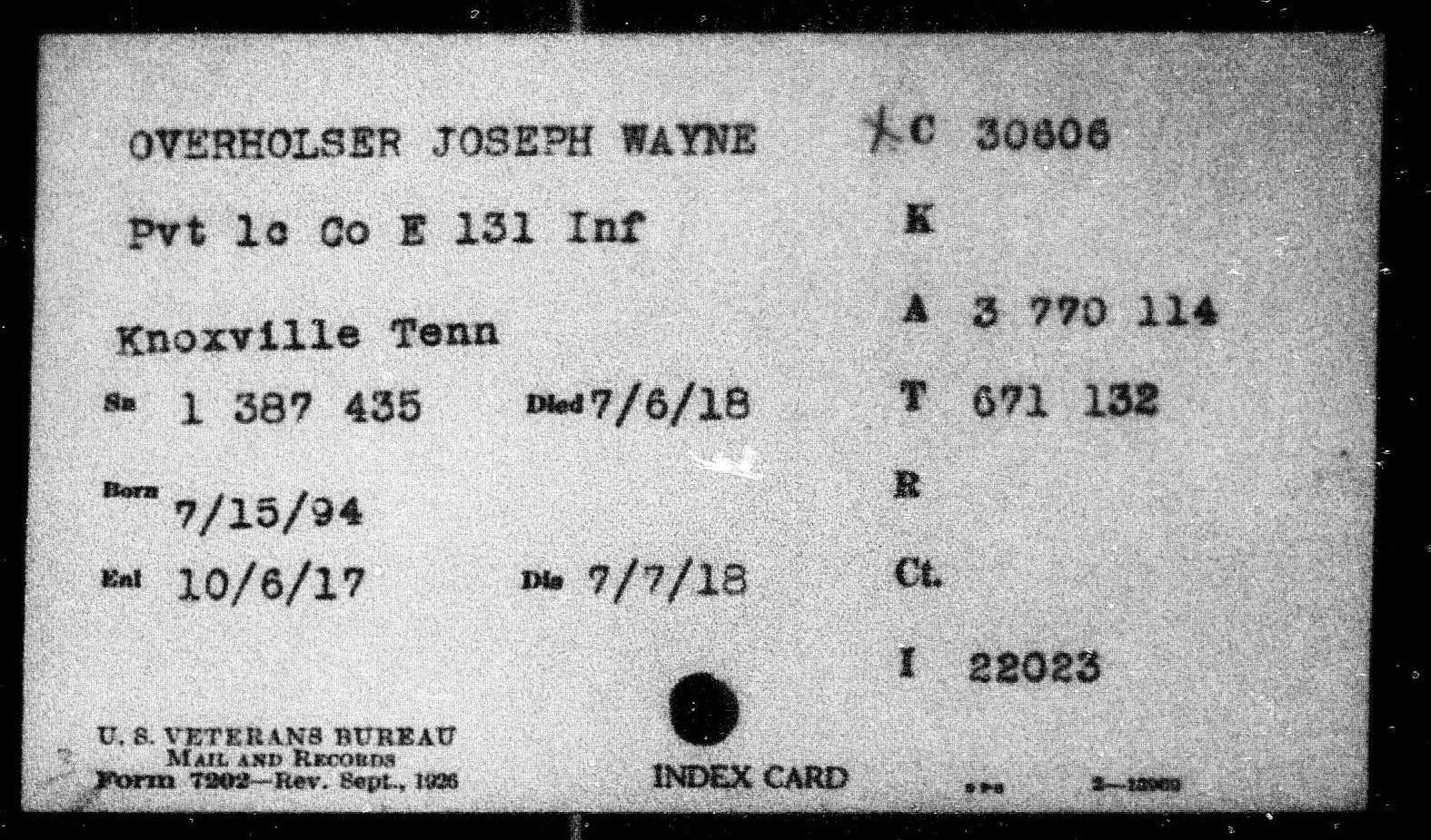