The Kingsport Times, 24 December 1943
PFC J.L. Cance, 26, son of Mr. and Mrs. Charles R. Vance 1139 Poplar Street, has been killed in action in the South Pacific, a War Department telegram informed his wife.
PFC Vance, who was well-known in high school athletic activities, was a member of the Marine Corps, having enlisted in the service in September 1942.
No detail of the action in which young Vance lost his life were given in the telegram. He had been overseas since August of this year, and until early November had been stationed in New Zealand.
Vance, who was graduated from the Dobyns-Bennett High School in 1939, was prominent in football and track, having received letters in those two sports. Following his graduation he was in the employ of the Tennessee Eastman Corporation. He was a member of the Broad Street Methodist Church.
In addition to his wife, the former Margaret Ann Millard, and parents, Vance is survived by a sister, Mrs. W.M. Russ of 1109 Poplar Street

The Kingsport Times, 14 May 1944
Joseph L. Vance was serving with the Marines at Betio when he lost his life. He was buried in the Second Marine Division Cemetery in Tarawa. He had been in service since September, 1942. 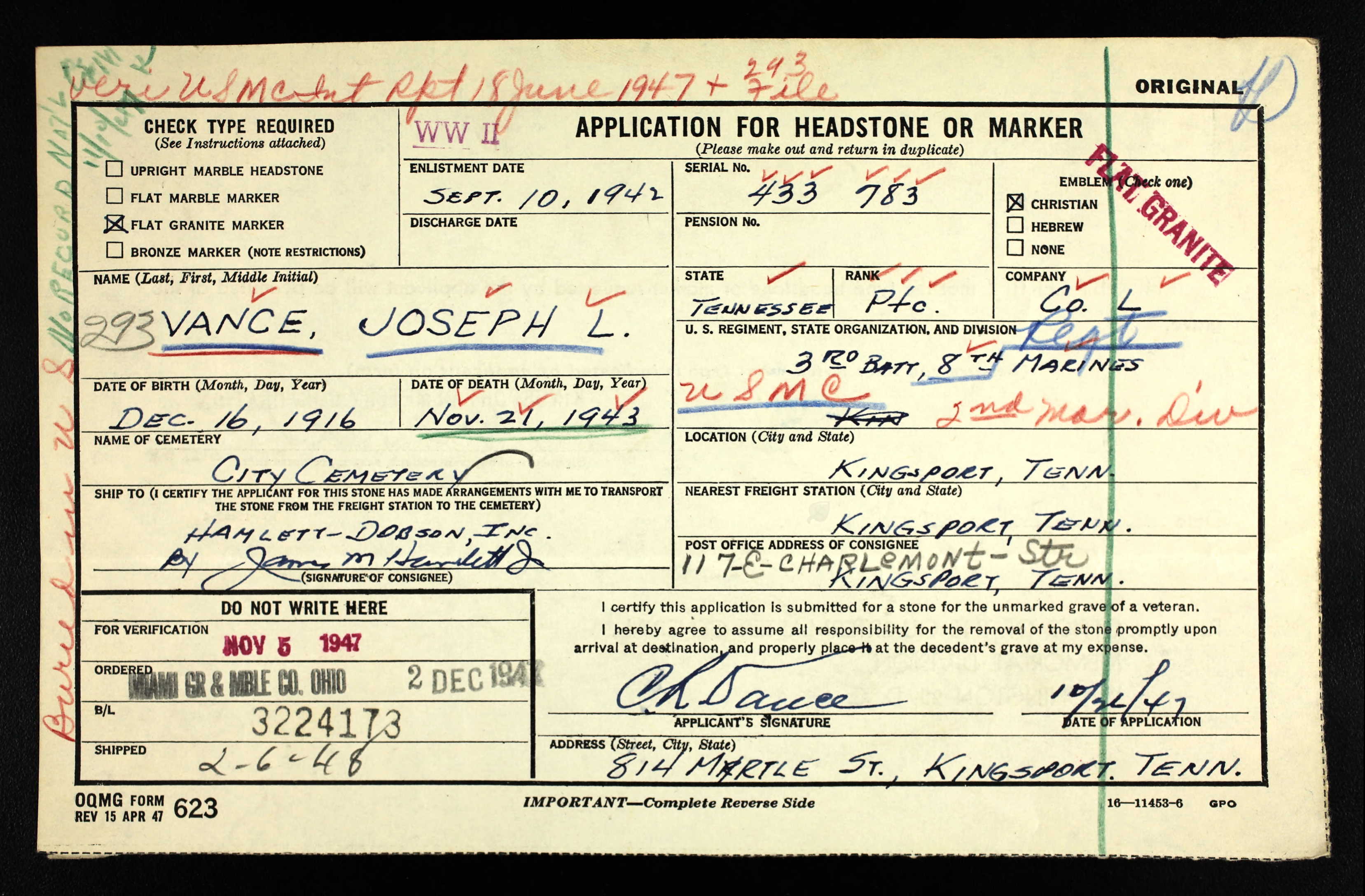