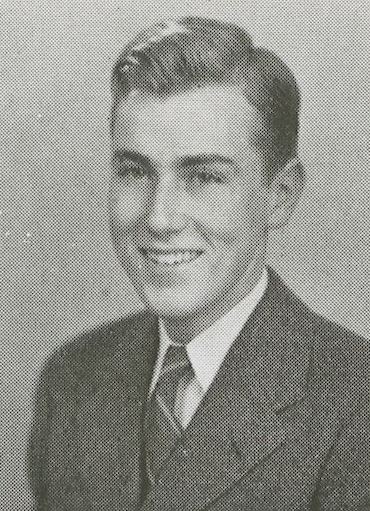 He was member of the Zeta Fraternity at the University of Tennessee, Class of 1943.

Bristol Herald Courier, November 18, 1948
Funeral services for Lt. Joseph Leslie Combs, Jr., will be held at 2 p.m. at the Redeemer Lutheran Church. Burial will follow at the Glenwood Cemetery with Hackler-Wood Post, American Legion, in charge of the graveside services. Lt. Combs is the son of Mrs. Mary V. Combs and the late J.L. Combs of Holston Avenue. He is survived by his mother and one sister, Mary Virginia Combs.
Lt. Combs entered the service April 5, 1943. He received his pilot’s wings and commisison June 17, 1944 at Blythewille, Ark. He was assigned to the 12th Air Force Troop Carrier Command in Rosignano, Italy. On April 18, 1945, while making a flight from his base in Forli, Italy during a storm, his plane crashed into the side of a mountain. Lt. Combs is a graduate of Tennessee High School and had almost finished two years at the University of Tennessee when he was called into active duty from the Air Corps Reserves. While at the university he was an honor student and a member of Pi Kappa Alpha fraternity. 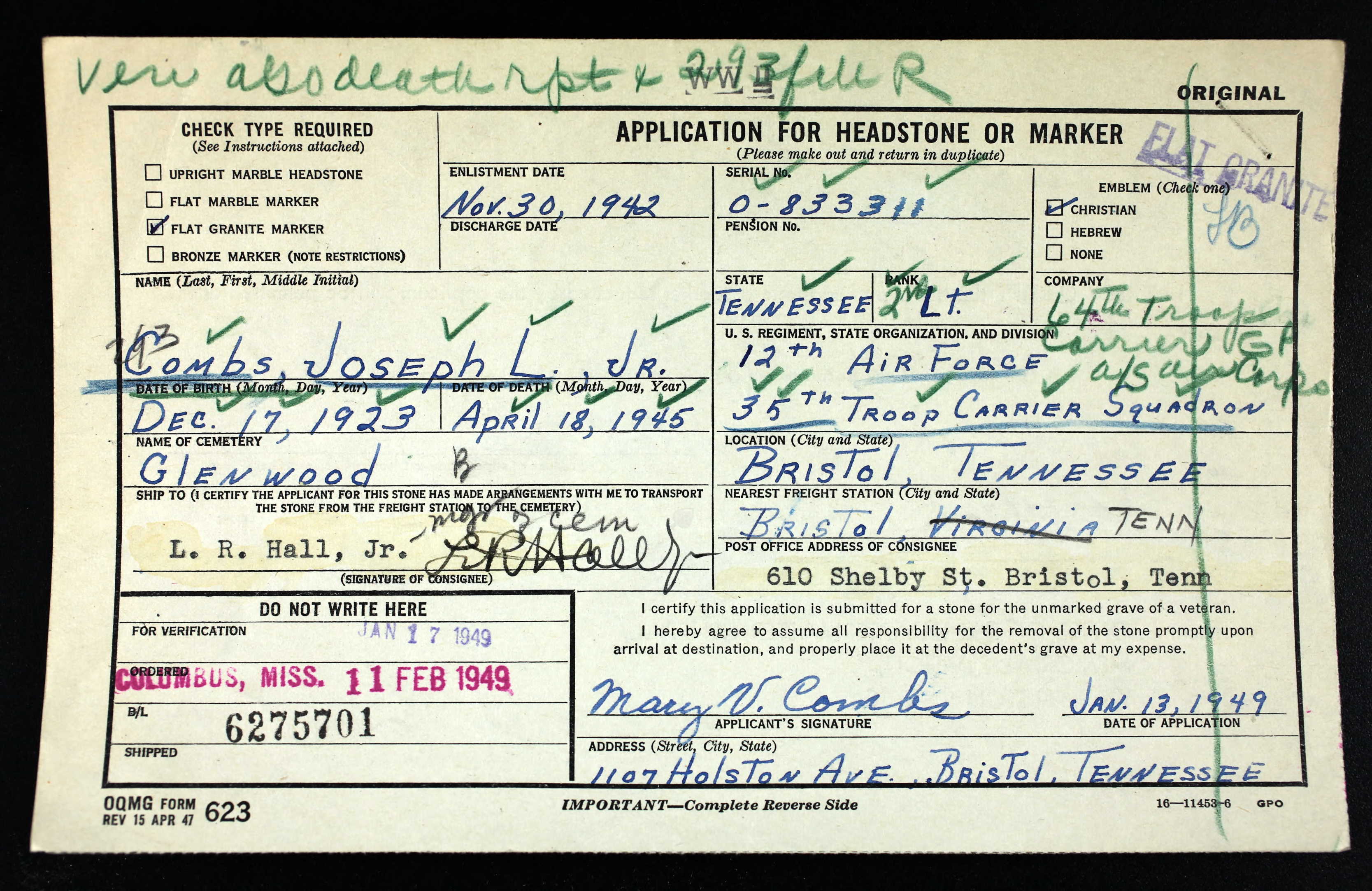 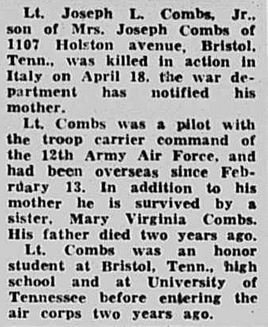 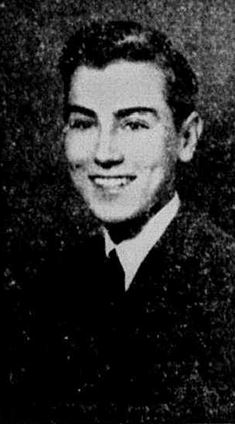