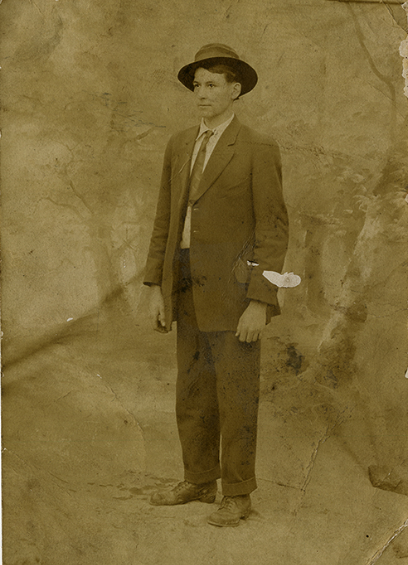 Joseph Horace Carson was born 2 June 1893, Oliver Springs, Tennessee to Isaac Christenberry Carson and Rebecca Jane Williams Carson of Coalfield. He was a miner before entering the service on 18 September 1917. He trained at Camp Sevier, Greenville, SC, and Camp Gordon, Atlanta, GA. He sailed to Europe on 11 May 1918, arriving on 24 May 1918.
He fought at the Hindenburg Line, Bellicourt area and was killed in action on 29 September 1918. Died Age 24

“The government has delivered the remains of Mr. Joseph Carson to his parents at home near Oliver Springs. Mr. Carson was drafted into the army in 1917 and was soon taken to France. He served his country faithfully until September 28, 1918 when he was struck by a piece of shell and there he gave his life for his country.
He was carried to his final resting place at the Davis Cemetery Coalfield last Monday, and was buried with great military honors. A soldier boy accompanied his remains to his home. He leaves a father and mother, five sisters, and three brothers and many other relatives and friends to mourn his loss. He was among the many who sacrificed their lives in the great drive which was made on September 28, 1918, when the Hindenburg line was broken. Our hearts go out in sympathy with his parents and friends and hoping that they will only think that they have done their part in the great war for freedom.” 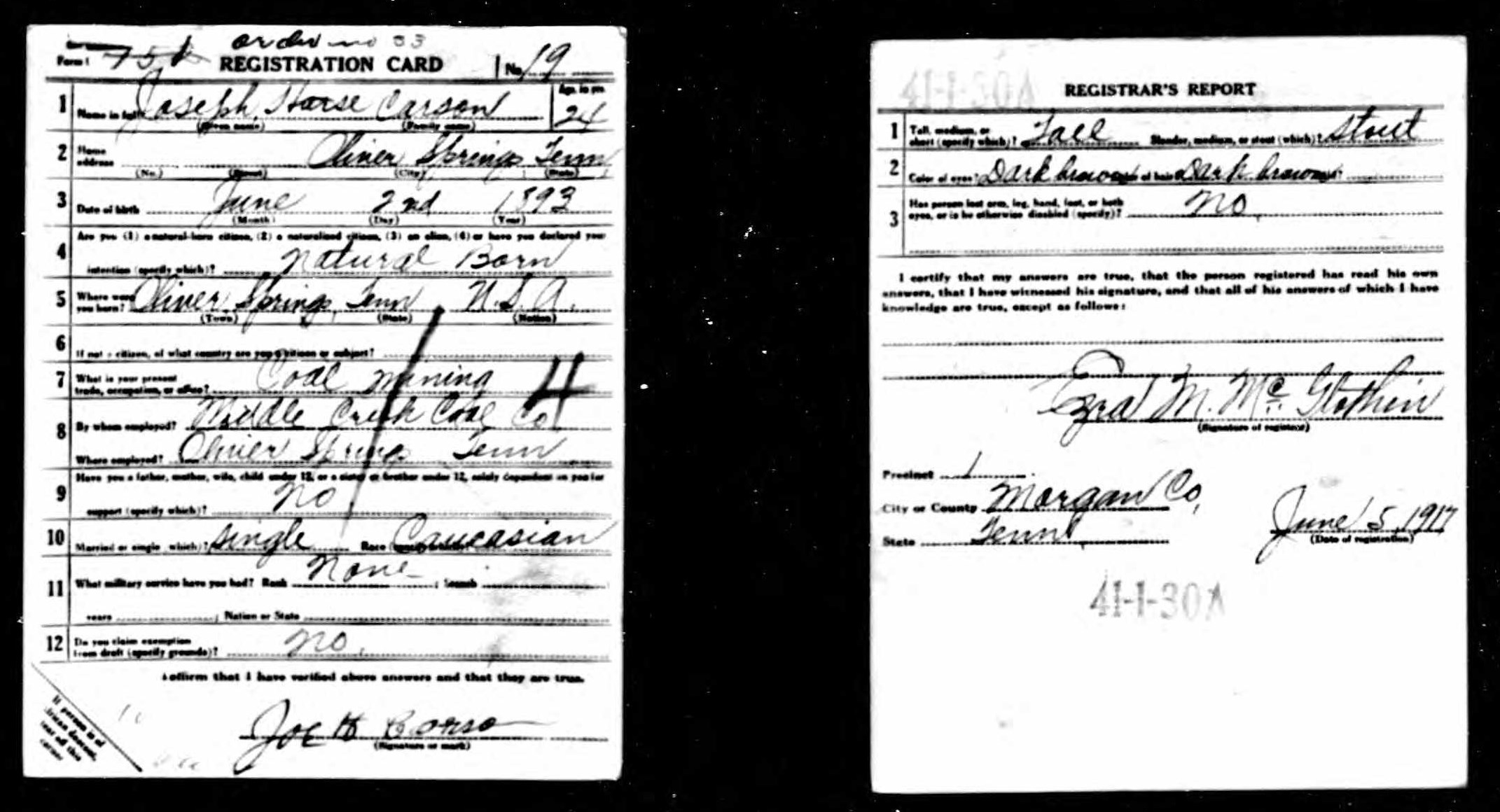 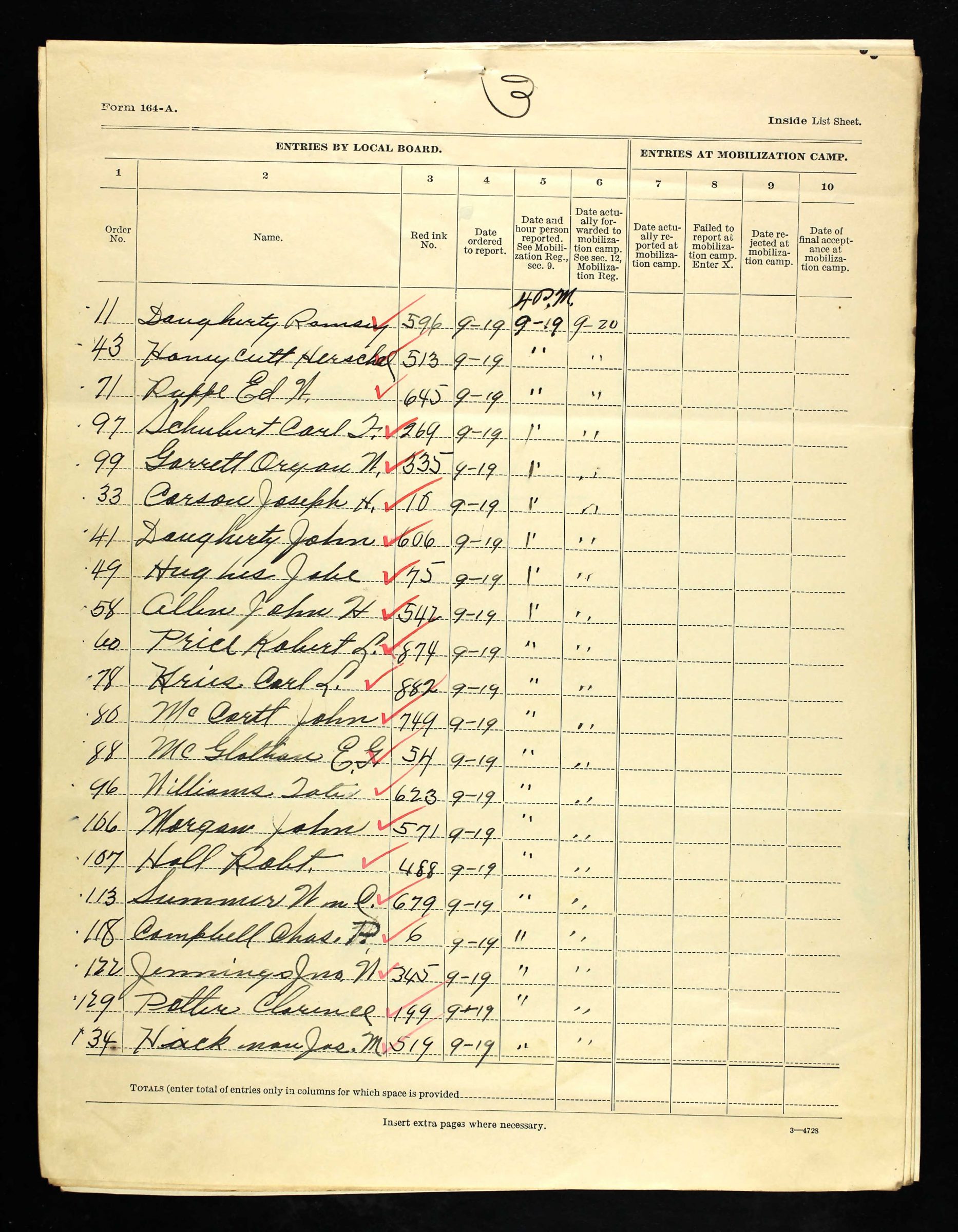 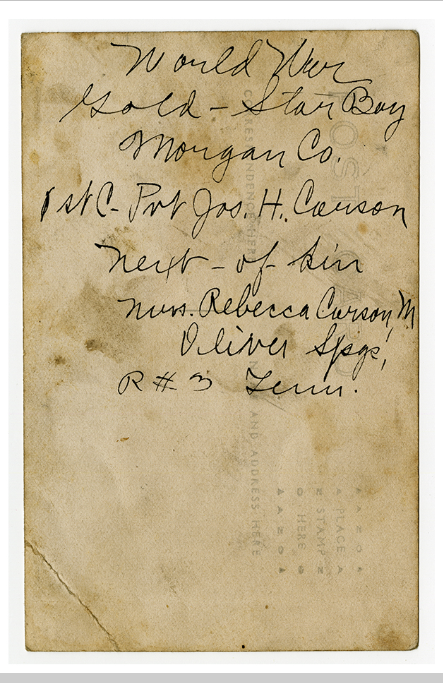 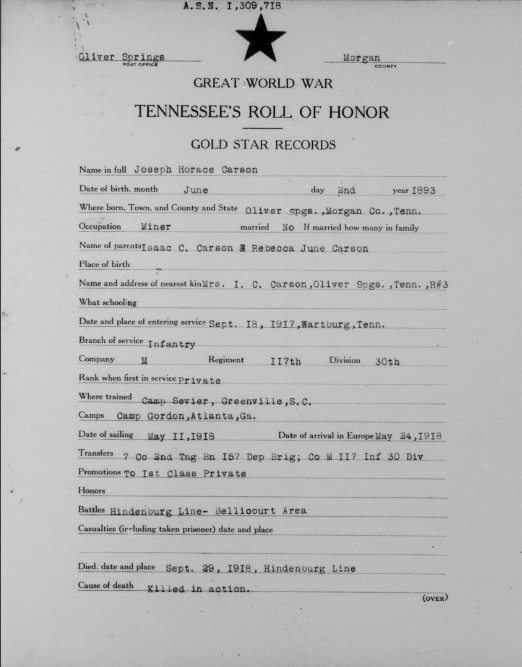 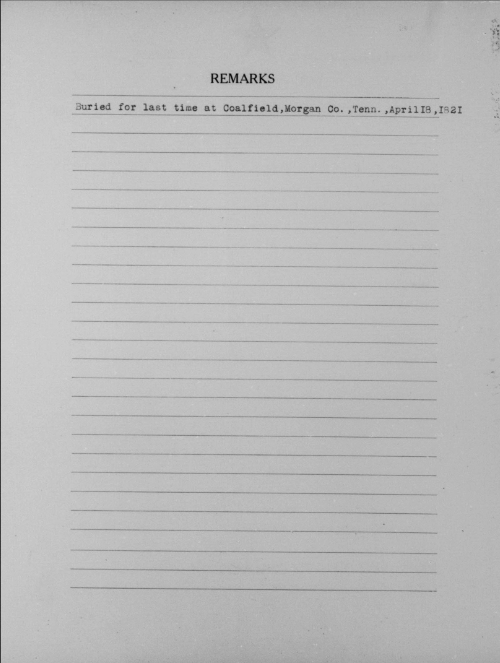 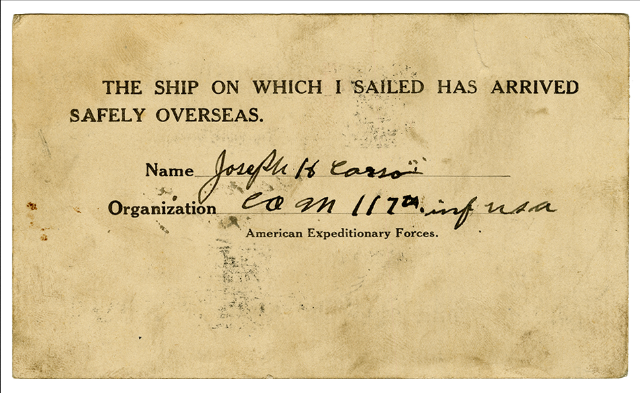 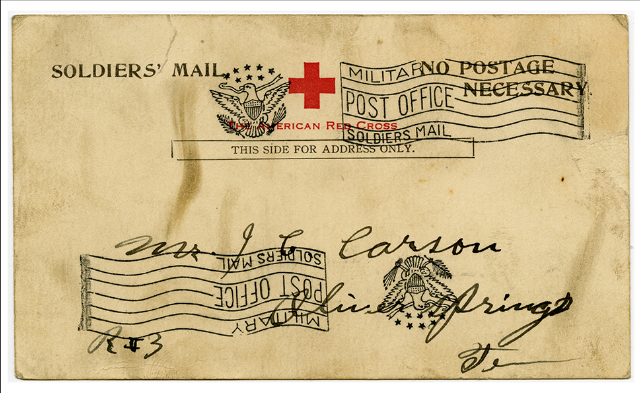 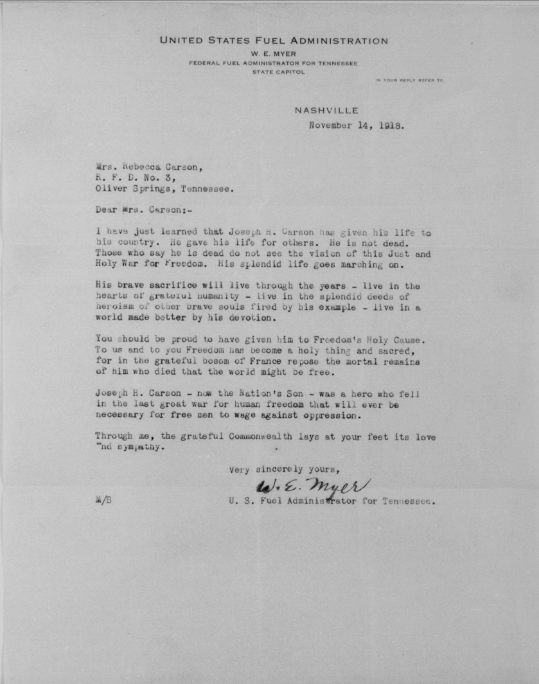 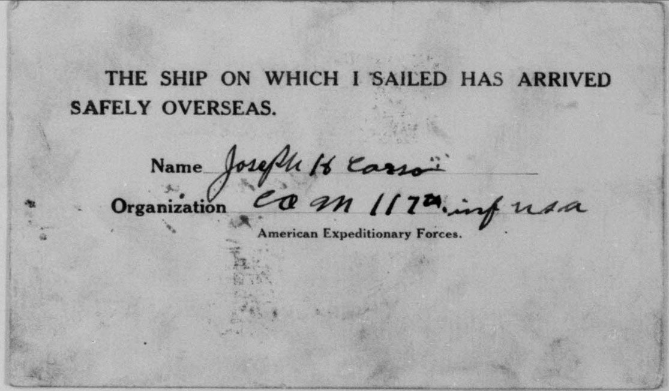 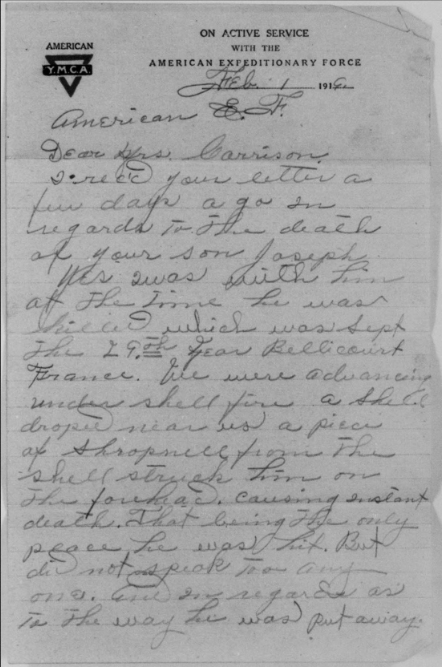 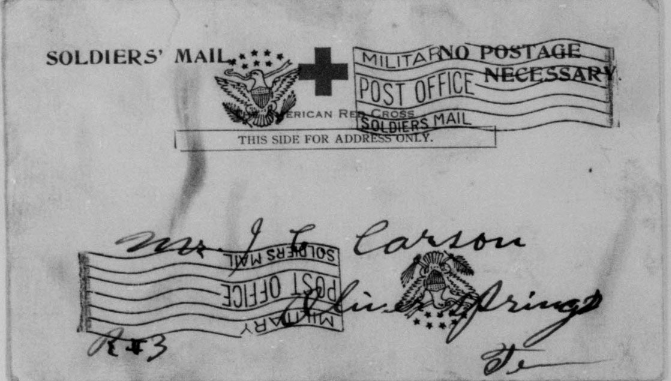 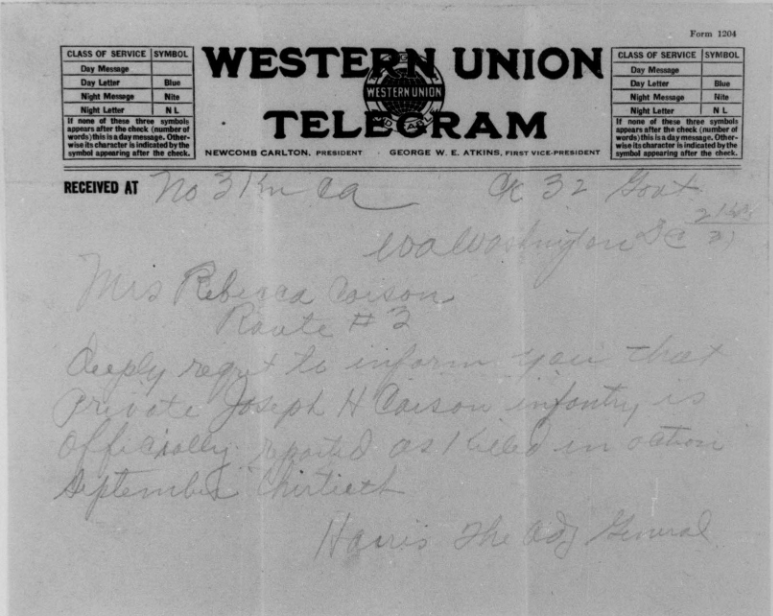 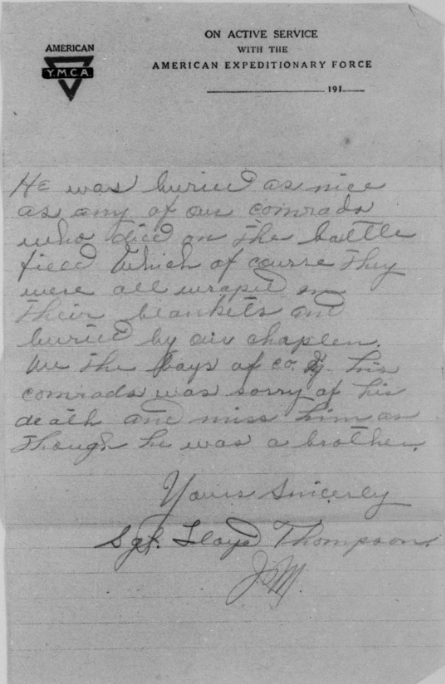 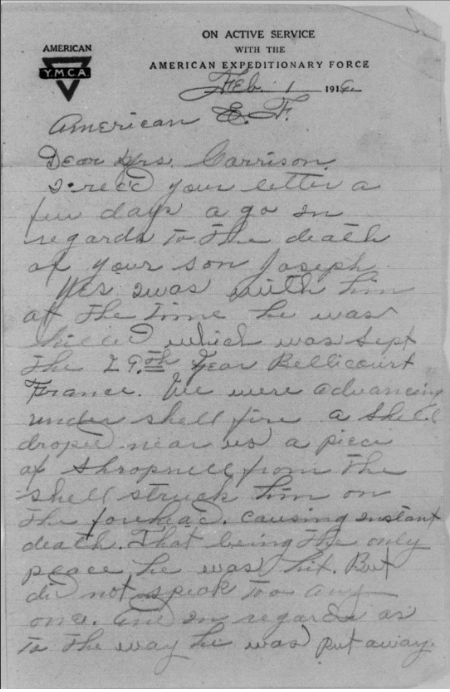 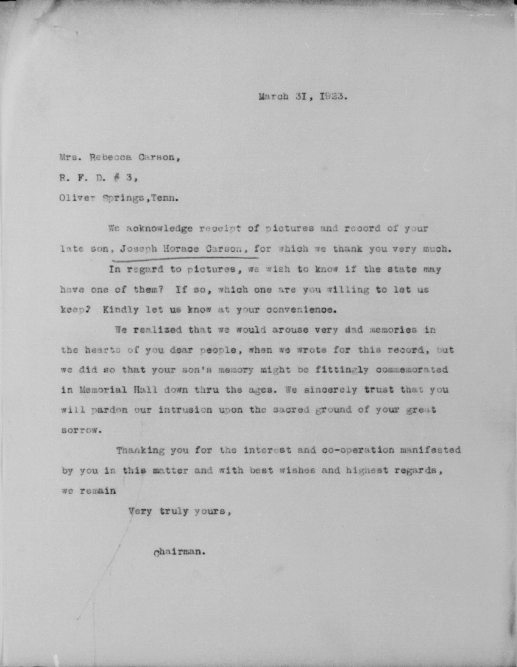 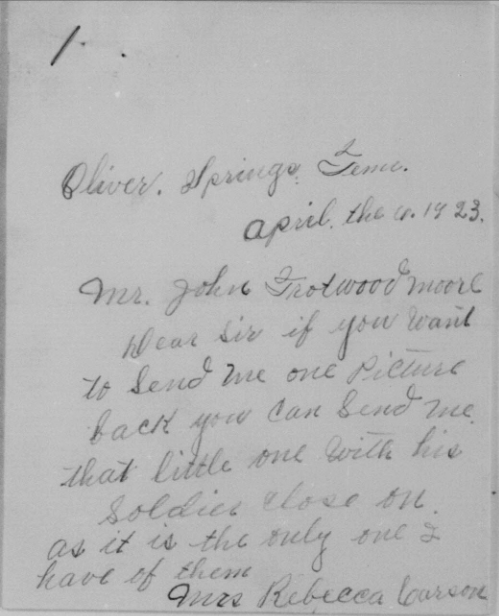 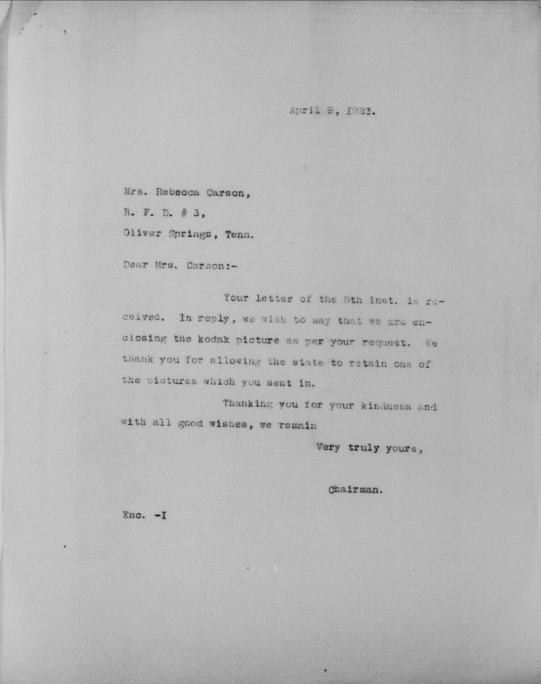 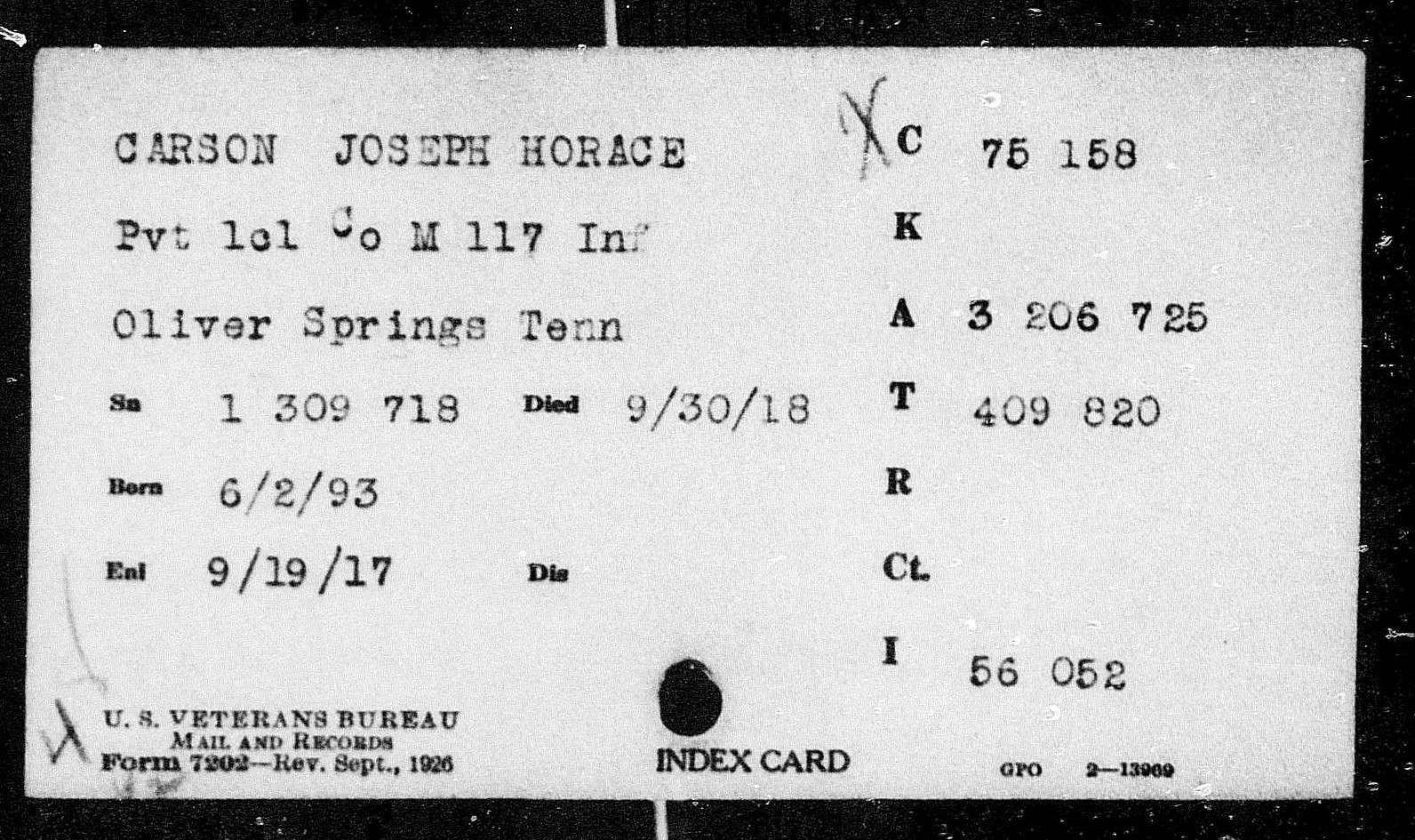 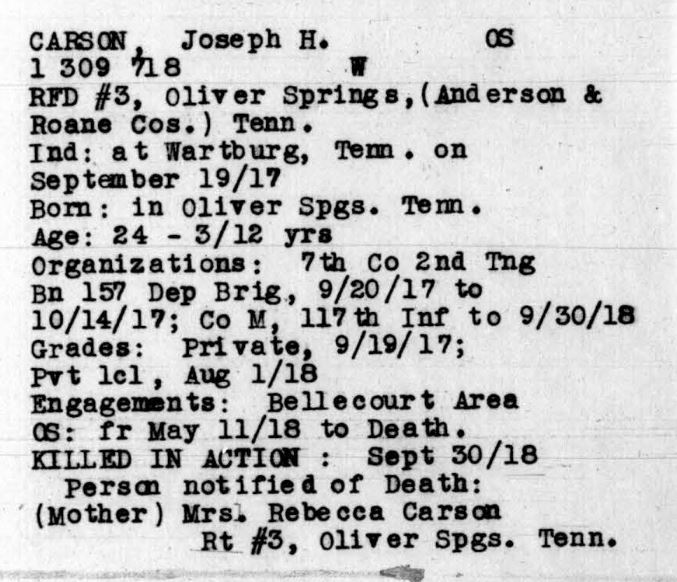 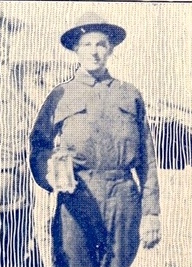