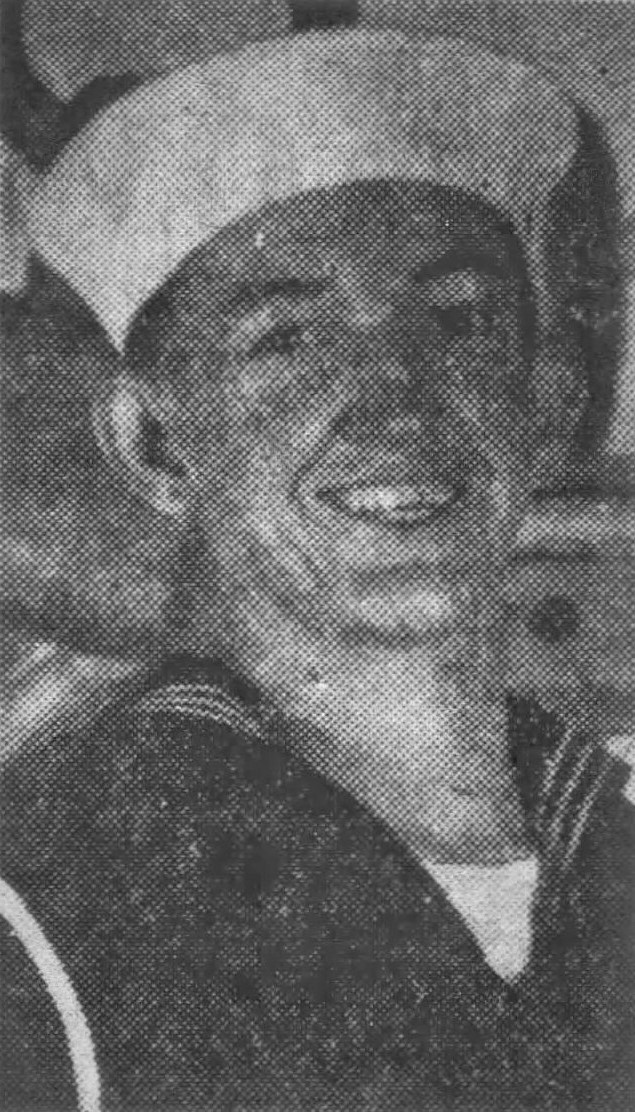 Aviation Electronics Technician First Airman Witherspoon was a crew member of a PB4Y-2S Privateer patrol bomber with Patrol Bomber Squadron 9 assigned to Naval Air Station, Kodiak, Alaska. On August 12, 1951, while on patrol, his aircraft crashed into a hill on Amak Island, Alaska killing 12 men on board.

The Kingsport Times-News, August 26, 1951
Funeral services are to be held Wednesday for Airman Joseph Dale Witherspoon, 22, U.S. Navy, who died from injuries received in an airplane crash August 12 at Amak, Alaska. Airman Witherspoon is the son of Mr. and Mrs. Sidney Witherspoon of Fordtown. He was born in Ash County, North Carolina and came to the Fordtown Community on Johnson City Highway about 7 years ago with his family. He was a graduate of the 1948 class of Holston Institute. A. member of Bethany Presbyterian Church, he was president of the Young People’s League for several years. He had been in service three years.
Surviving are his parents and four brothers, George, Tommy and Billy of Fordtown and James of the U.S. Naval Hospital, Portsmouth, N.H. 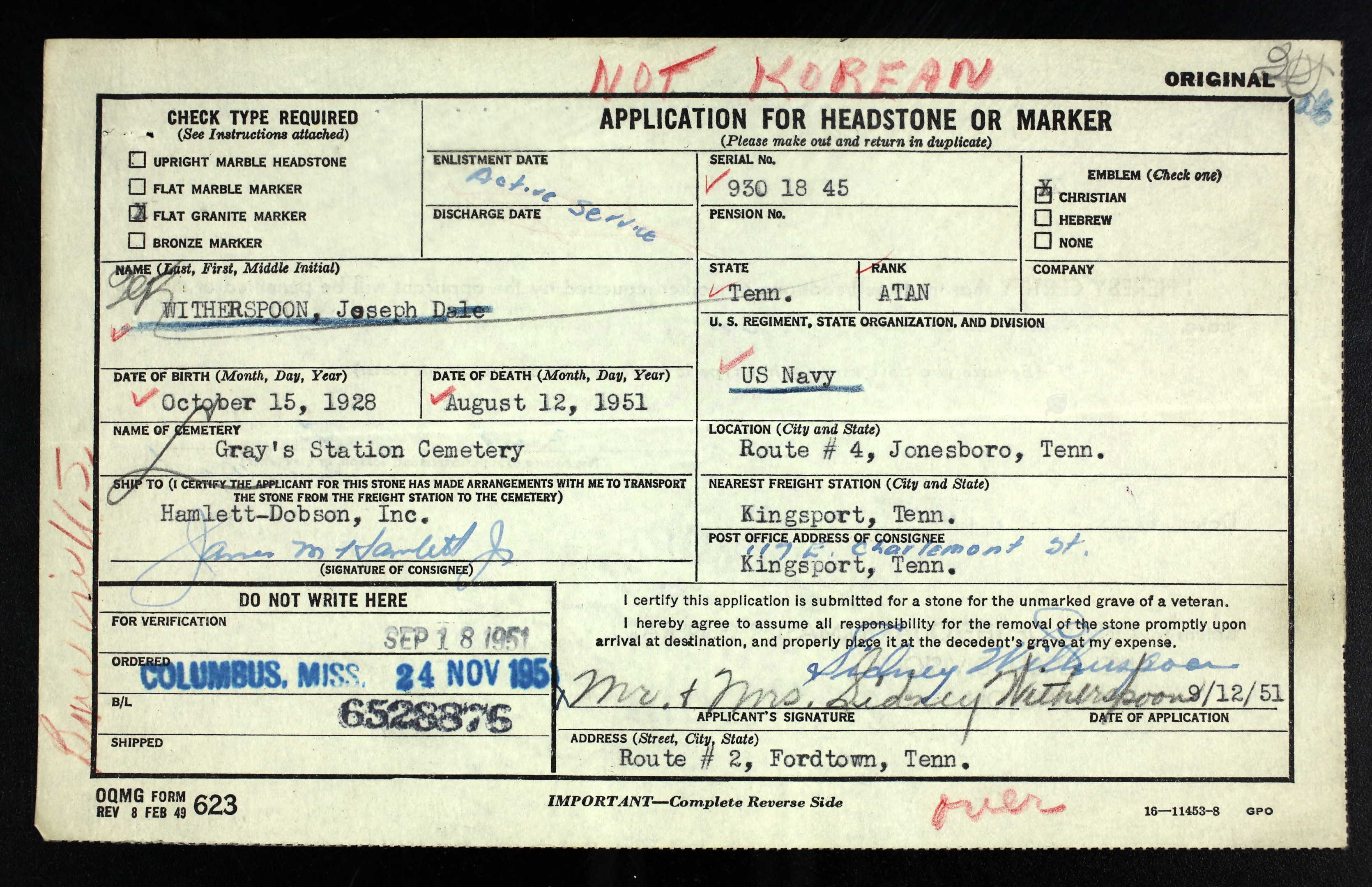 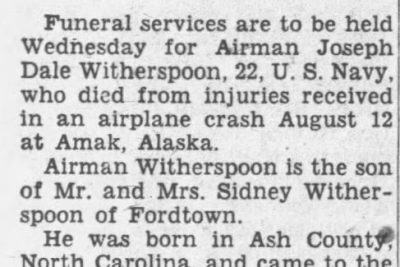