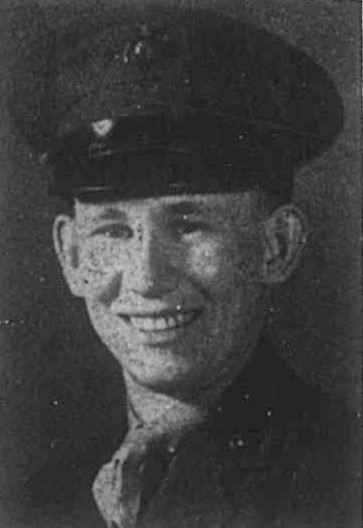 The Kingsport Times News, 29 October 1944
Rogersville Marine wins Bronze Star – Marine Private First Class Joseph C. Brewer, son of Mr. and Mrs. C.M. Brewer, Rogersville, has been awarded the Bronze Star for heroic and outstanding performance of duty in action in the New Britain operation. Major E.H. Hurst of Philadelphia, Pa., congratulated him after the presentation at a base somewhere in the South Pacific. January 14, 1944, on Hill 660, Cape Cloucester, Machine Gunner Brewer worked his .30 caliber light machine gun to an exposed position forward of the lines despite his position and stoppages, caused by enemy fire on the gun, until the gun burned out. His valorous conduct distinguished him among those performing duties of the same character. Brewer formerly worked as a truck driver for his father. He enlisted June 7, 1941. A veteran of Guadalcanal, he has been overseas for 21 months.

Rogersville Review, November 2, 1944
Another Rogersville youth has made the supreme sacrifice and lies buried on a tiny island in the Pacific. He is Pfc. Joseph C. Brewer, who was killed in action at Peleliu, Lalau Islands, on Sept. 28, 1944. C.M. Brewer, father of the Young Marine was notified last Thursday afternoon of his death of his son, “in the performance of duty and service of his country.” The telegram further stated: “His remains interred in the armed forces cemetery.”
Rogersville citizens were shocked and grieved to learn of the death of Pfc. Brewer. He joined the Marines on June 7, 1941 and took boot training at Parris Islands, S.C. He was stationed at Lakehurst, N.J. until he went overseas. He landed at Guadalcanal Oct. 25, 1942.
Pfc . Brewer was a machine gunner in the battle at Cape Gloucester, New Britain. He and his buddy, John L. Schluens, Jr., had to their credit 15 Japs at the end of the day’s fighting and an unknown number of wounded. He won the Bronze Star “for heroic and outstanding performances of duty in action,” in that operation. Later he went in with the attacking force on tiny Palau Island and was killed. Palau lies several hundred miles off the coast of the Philippines.
Young Brewer attended the Rogersville schools and was employed as a truck driver for his father when he entered service. He was born March 12, 1921 and is survived by his parents, Mr. and Mrs. C.M. Brewer, four brothers and sister, as follows: Miljard, Mae, Lots and Billie, all of Rogersville.

The Kingsport Times News, 11 November 1948
PFC Joseph Clarkson Brewer, U.S. Marines, was killed in action in the Battle of Peleliu. 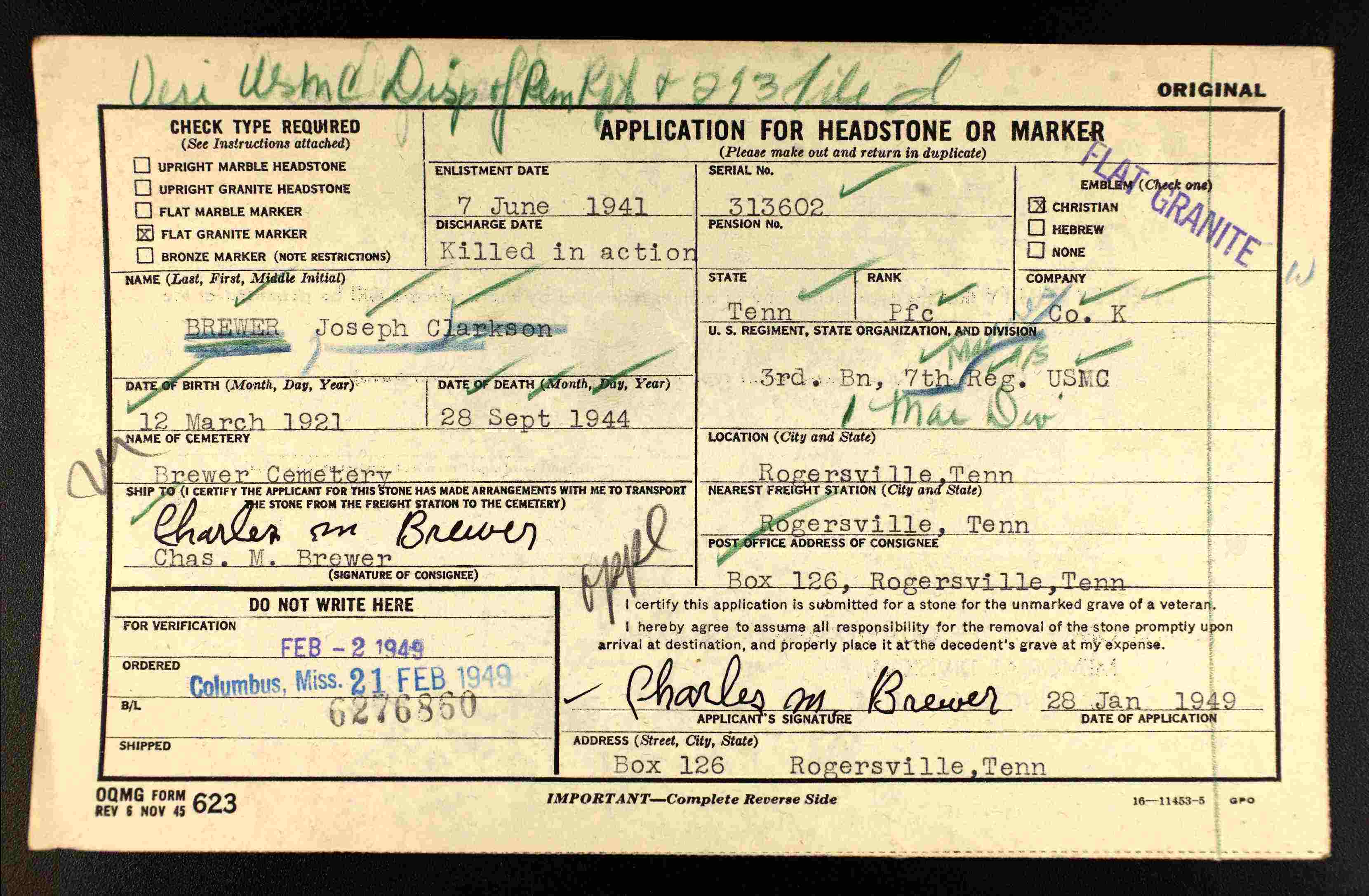 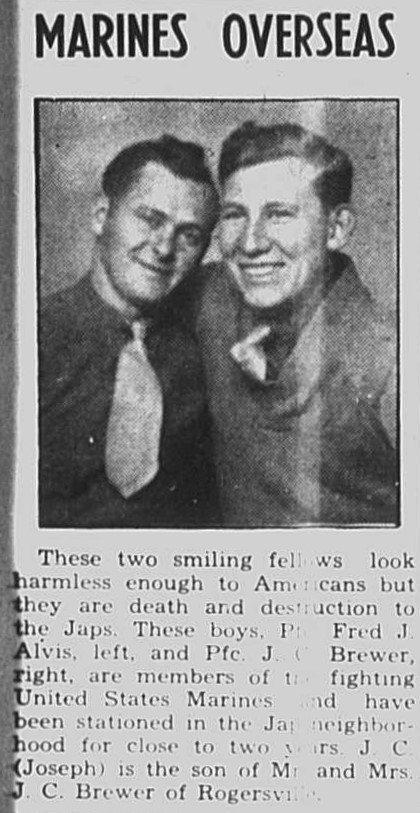