Joseph Arthur Brunner was the son of T.W. and Minnie Lowry Brunner, born on May 6, 1923 in Madisonville, Tennessee. He was a farmer by occupation and never married. Joseph had received two years of high school education when he enlisted in the US Army on January 11, 1943 at Fort Oglethorpe, Georgia.

Private First Class Brunner served with the 320th Infantry Regiment, 35th Infantry Division and was killed in action on August 18, 1944 in France.

“Company Commander and Platoon Sergeant praise good nature and soldierly abilities of local boy”
Mr. and Mrs. T.W. Brunner have received the following letter from Lt. Wilbur A. Gotter, commanding officer of the company in which their son Joseph was serving when he was killed overseas: “I only wish that my occasion for writing you could be a more happy one. You have lost a fine son and I have lost a splendid soldier. If there can be any consolation in the fact that he did a good job regardless of what was asked you may rest assured that he gave his best. The government will not permit me to give location and complete details of the action wherein your son was killed. I do know, though, that even a few pertinent facts will be appreciated. Our company was in the attack and Joe Arthur was part of our right flank; he was going forward with the rest of his squad when he was killed. Death was instantaneous and there was no suffering on his part. May I extend my heartfelt wishes to you in your sorrow. I believe the War Department will release more details to you at a later date.” T-Sgt. Joseph B. Sweeney says in a letter “May I introduce myself? I am the platoon sergeant of your son, Joseph. He was under my command the day of his death, Aug. 18… I deeply regret losing your son.. His loss was felt by all of the men, and his ability was a soldier. We feel that he cannot be replaced. Many times he mentioned you and many of his relatives and friends around Sweetwater. Joseph and I have been together ever since he joined our regiment. He was a very good friend of mine and of all the boys in the company. Perhaps some day soon, when this is all over, I will drop into Sweetwater. If I do, I will most certainly drop by to meet the mother of one of my boys.” 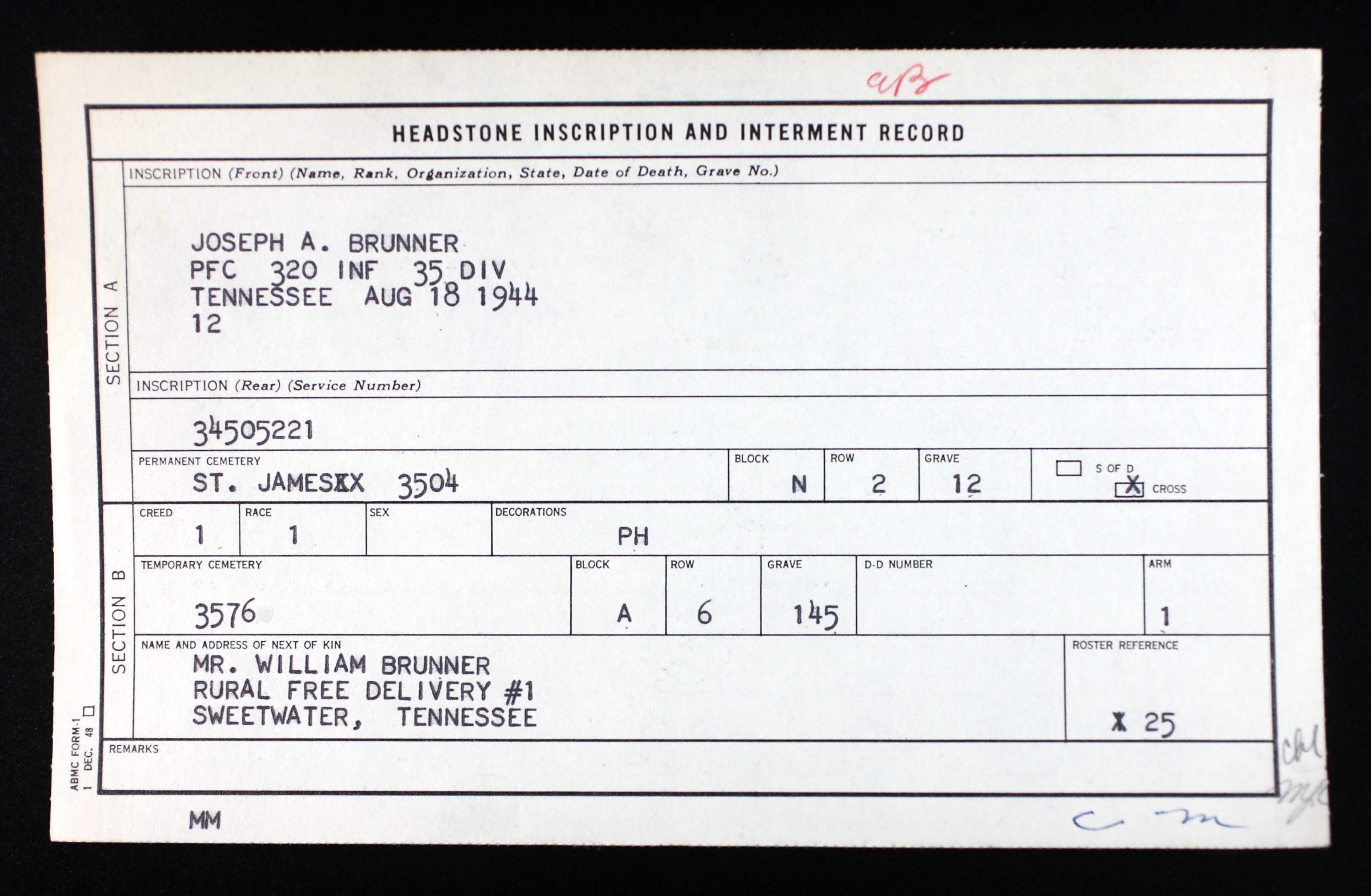