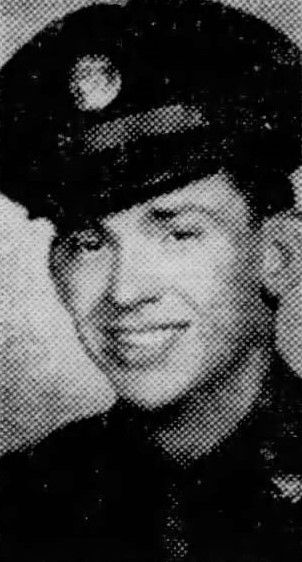 Aircraft B-17G with serial number 43-38511 departed from Celone Airfield in Italy on a bombing mission to Linz, Austria.

Statement from F/O Roy W. Arndt:
As co-pilot on ship #881, Able 5, this is what I saw over the target and during the rally regarding Ship #511, Able 6: He received, according to my pilot, a direct hit in his number two engine. This was just before bombs away. Able 6 peeled off slowly to the left and dropped from my view. Flak had broken up our formation and the crew on our ship called out the location of the various ships that had left the formation and informed up as to what they were doing. As I recall 511 descended very rapidly, according to the gunners who could see him. They also called out a ship heading for Russia. As we rallied left I saw a B-17 heading straight toward Russia at approximately ten or fifteen thousand feet. It crossed a river and began to turn left very slowly. Thinking the pilot was heading the ship for enemy territory and bailing out the crew, I suggested the crew watch closely for chutes. Just before completing a 180 degree turn the ship exploded, blowing off one wing. It began to roll very rapidly and both parts burned as they spun toward the ground. I recall seeing fire on the ground, but not the actual crash.

Sgt Roberts didn’t bail out. He was last seen putting on his parachute and was killed in the explosion.

The Knoxville News-Sentinel, October 26, 1945
Sgt. Johnston Frank Roberts III who was previously reported missing in action over Austria, April 25, has now been listed as killed on that date, according to the War Department. Sgt. Roberts was the grandson and adopted son of Mr. and Mrs. E.D. Bennett and the nephew of Mrs. Vera Schneider, 1815 Woodbine Avenue. His father, J.F. Roberts Jr., lives at 1907 Price Street. A gunnero n a B-17, Sgt Roberts entered service in September, 1943. He is a graduate of Knoxville High School and a member of Calvary Baptist Church.

The Knoxville Journal, October 27, 1945
Sgt. Johnson Frank Roberts III, who was killed in action over Austria April 25, 1945, according to a recent War Department announcement, was erroneously reported to The Journal yesterday as the son of J.F. Roberts Jr., 1907 Price Street. Sergeant Roberts was a grandson and the adopted son of E.D. Bennett, 1818 Cornell Avenue and made his home with Bennett, a member of the family said yesterday. Sergeant Roberts lost his life one month after going overseas and not 11 months as yesterday’s War Department announcement stated. 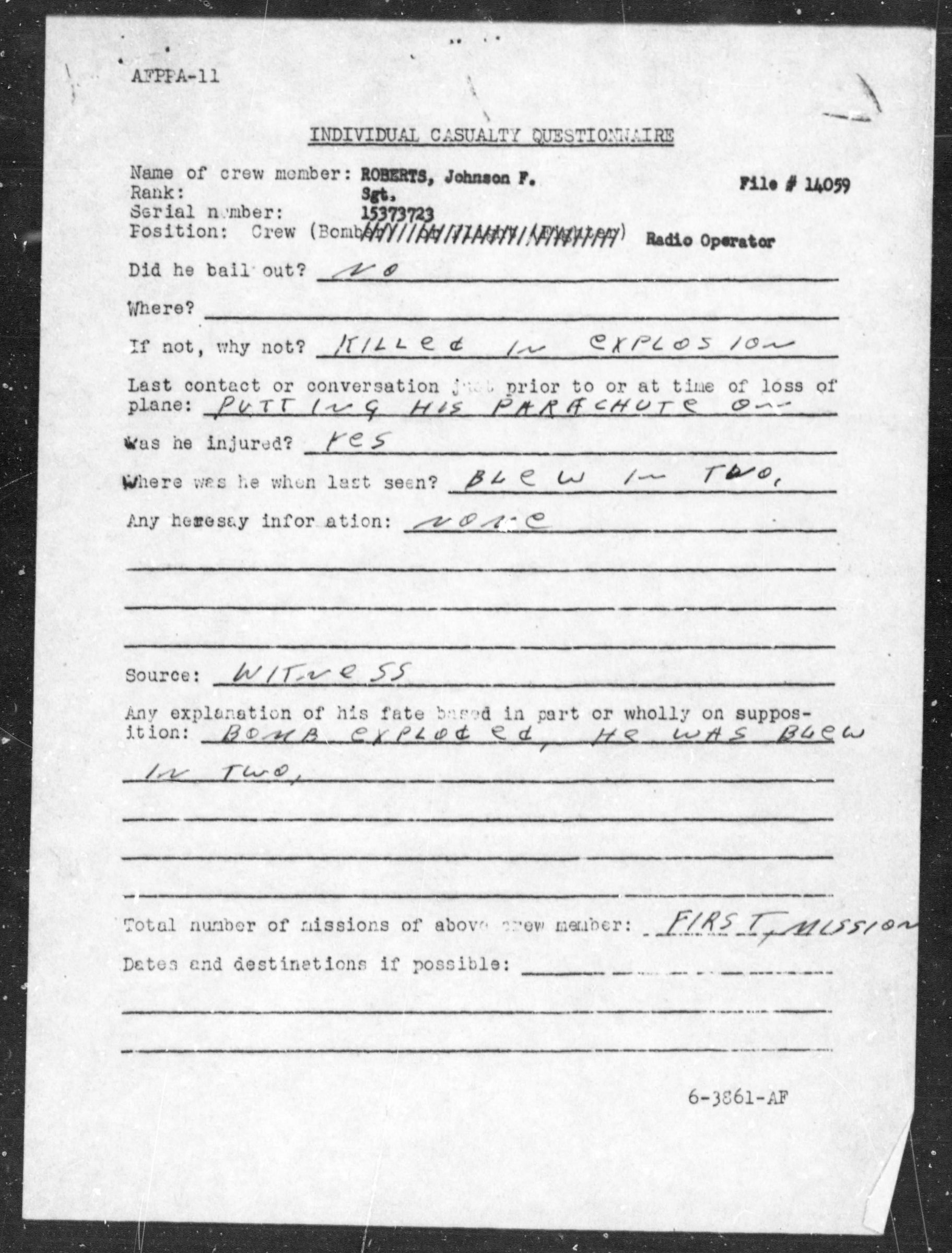 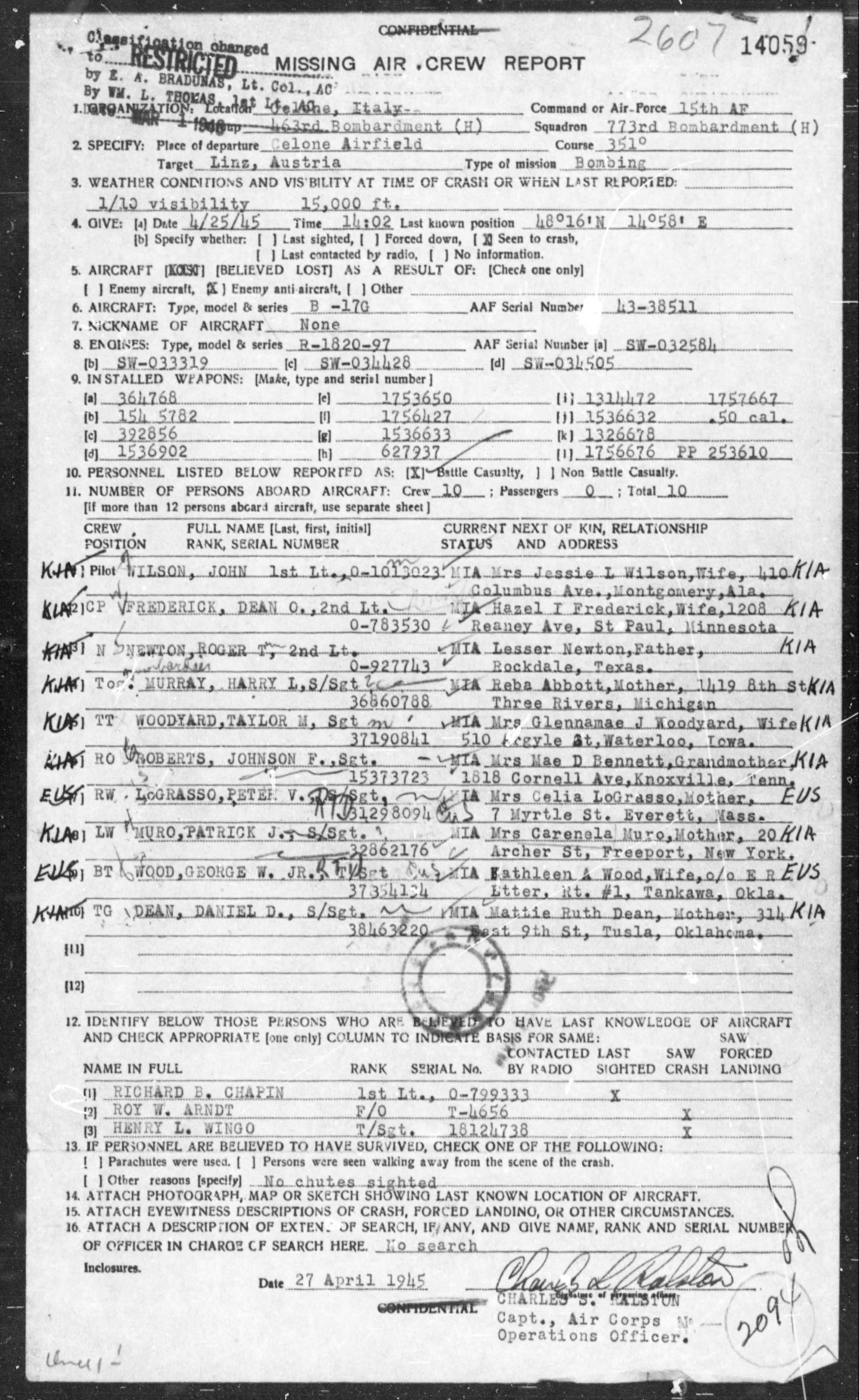 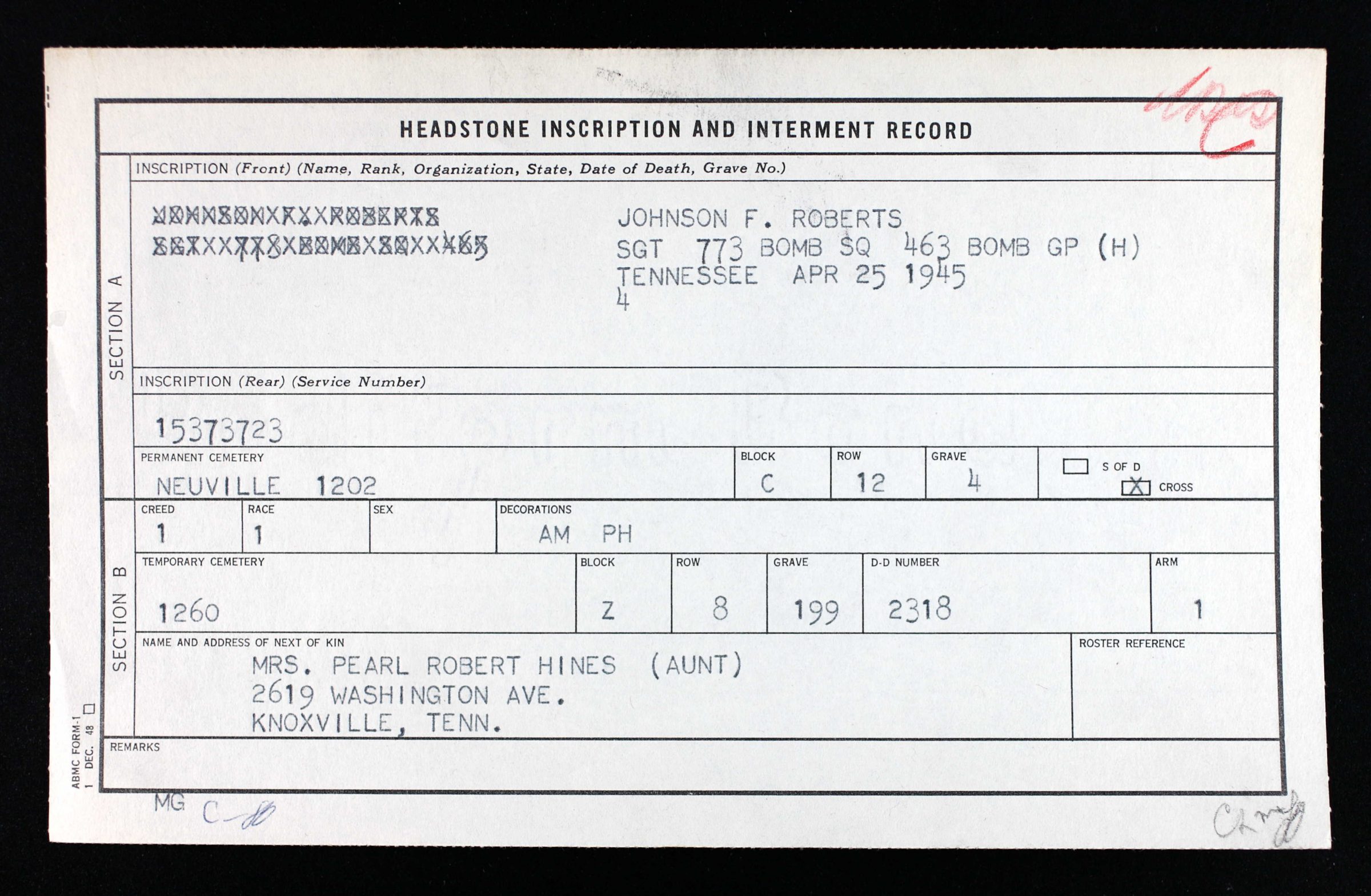 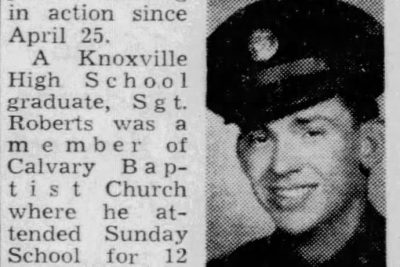 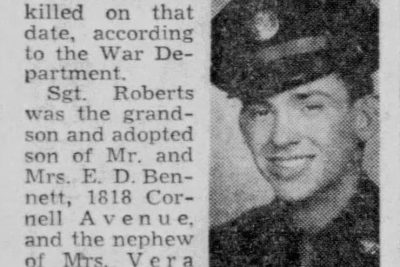 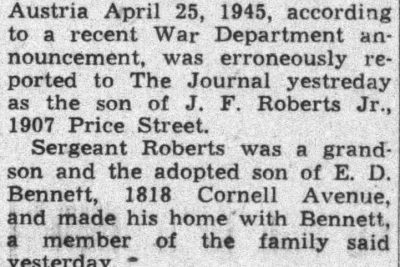