A young Tellico Plains airman was killed in a plane crash Friday at Waco, Tx. He was S-Sgt. John Teague, 24 year old son of Mr. and Mrs. Roy Teague.
A telegram notified the family Saturday afternoon, but did not give details. Apparently the accident was the same reported in an Associated Press dispatch which said that a B-25 medium bomber crashed on take-off at James Connally Air Force Base near Waco, killing three crew members. The crash occurred, the dispatch said, just after the plane had left the runway on routine weather flight.
He had served one enlistment in the Air Force and had re-enlisted this fall. He returned on furlough about a month ago.
Sergeant Teague attended the high school at Tellico Plains and was well known. His father is a former police chief and deputy sheriff. Two brothers of Sergeant Teague have also been in service.
He is survived by his wife, one daughter, Deborah Jon, his parents, Mr. and Mrs. Roy J. and Annie M. Gray Teague, five brothers, Lawrence, Vernon, Ralph, Jimmy and Frank, all of Tellico Plains, two sisters, Mrs. Marie Norwood of Gastonia, NC, and Miss Carolyn Teague of Tellico Plains.
Funeral services were held on Wednesday afternoon at Tellico Plains Baptist Church, Revs. Virgil Tallent and Hoyt Shadden officiating. Burial was in New Providence Cemetery. 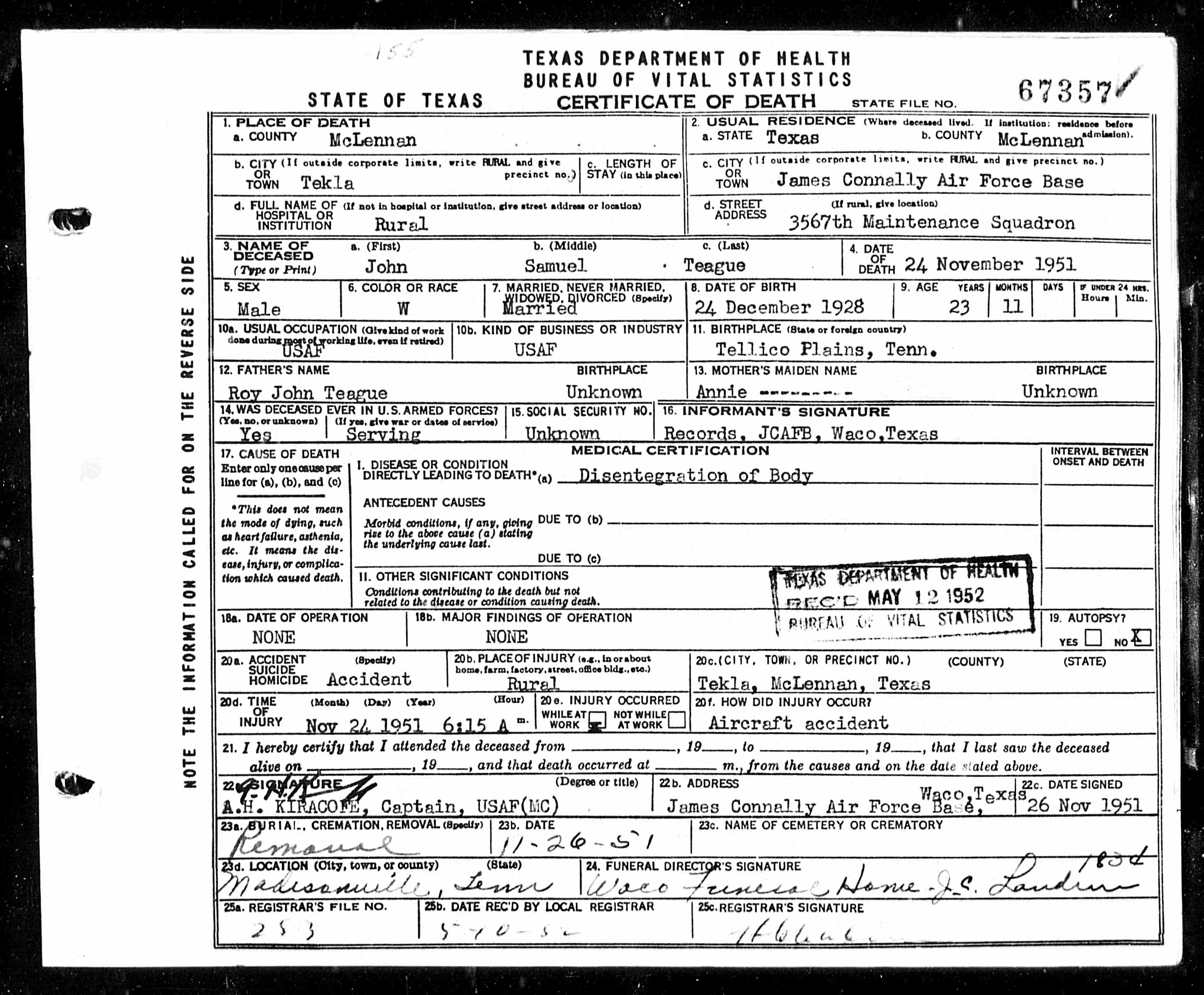 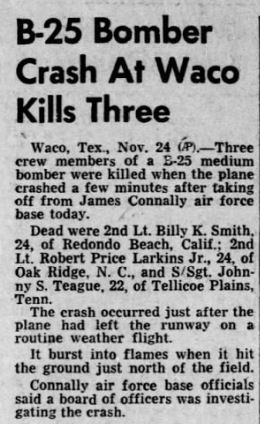