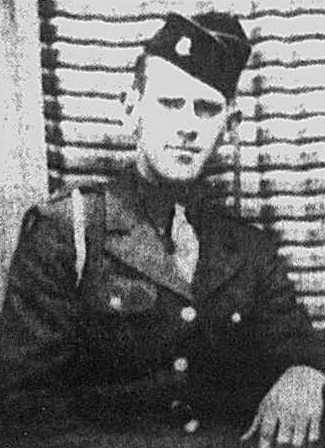 The Greeneville Sun, December 2, 1944
PFC. Johnnie C. Ricker was killed in action on October 6, 1944 in the European Theatre of War. He was the son of Mr. and Mrs. C.S. Ricker of Route 9, and married the former Ethel Williams, who is making her home in Washington. He entered the service February 18, 1943 and had his basic training at Camp McCall, Miss. His advance training was taken at Fort Jackson, S.C. 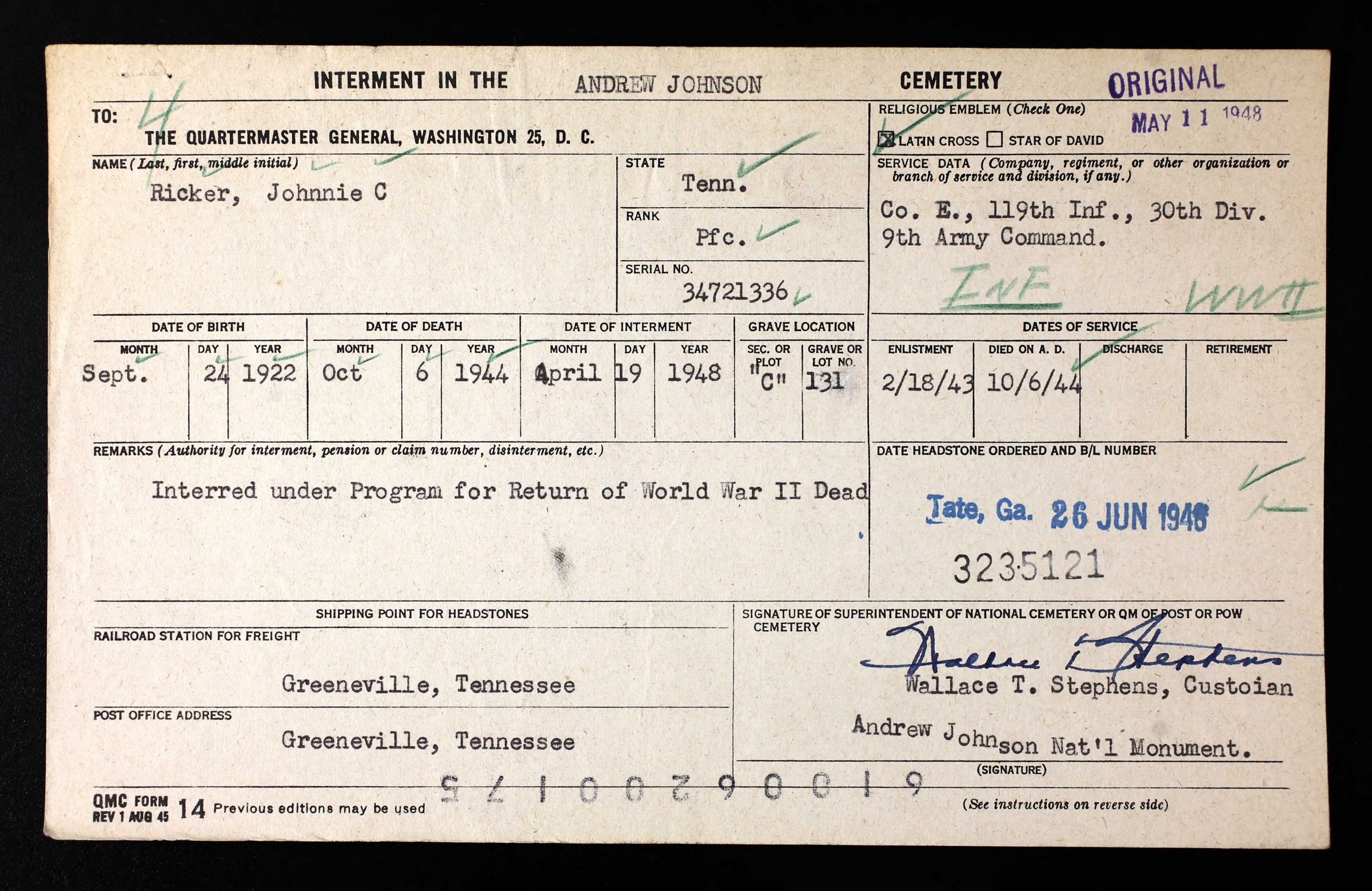