Johnnie Theodore Warren was the son of Arthur R. (Cap) Warren and Martha Carline Porterfield. He was married to Edeltraud Alma Gross and father of Bobby Warren.

Master Sergeant Warren was a veteran of World War II. In Korea, he was a member of the 21st Ordnance Direct Support Company. He was killed when his vehicle fell down an embankment near Hwachon, North Korea.

The Knoxville Journal, November 9, 1952
Word has been received hereb y his German war bride of the death from a blow on the head in Korea of Master Sgt. Johnnie T. Warren, 35, son of a widely – known Kimberlin Heights family. “I do not know what happened to Johnnie,” Mrs. Edelstraud Warren, the stunned and bewildered 32-year-old widow, said yesterday. “I just want him to be brought back home, and I want to stay here. Johnnie would never forgive me if I went back to Germany.” A telegram from Maj. Gen. William E. Gergen, Washington, D.C., came to her Monday at the home, 725 North Third Avenue, informing her that her husband was found dead of a head wound Oct. 25 in a River 40 miles from Puson. Friday she received a letter from General Bergen telling her that a Korean chaplain has been ordered to investigate the mysterious circumstances of the tragedy. Warren was in the 21st Ordnance Company, some 700 miles from combat, serving as instructor to Korean soldiers in use of American motor equipment, the wife stated. “He often went to the river to wash clothes and to bathe in the summer,” she said. “Perhaps he slipped on the rocks? I hate to believe somebody killed him.”
The dead soldier’s father, was Arthur Warren, known as “Cap”, who drove a Kimberlin Heights school bus about 30 years and gave long years to Knox County jury service. His mother died many years ago. Warren’s surviving relatives include his son, Bobby, three, and two sisters, Mrs. Bessie Warren Lowe and Mrs. Lewelling of Knoxville. Young Mrs. Warren yesterday said that Rep. Howard Baker, who knew her father-in-law, is writing to Washington to try to find out what happened and to bring Sergeant Warren’s body home for burial. Gay Valentine, Knoxville lawyer, is also investigating the circumstances, she stated.  The grief stricken widow says she intends to bring up Bobby in this country, “I am an American citizen, and anyway there is nothing in Germany for me now.” Her only close relative still living in her homeland is a brother. Bobby, who goes to a private kindergarten, has three favorite words, Daddy, goodby and hotdog. He doesn’t know what has happened. He still goes to the corner where he keeps the little toys that break or won’t work. “Daddy will fix it,” he says.
Until Warren was ordered overseas last May, he and his wife had not been separated since their marriage in Coburg, Germany, Aug. 31, 1948. He was stationed there in border constabulary. Coming to this country in December, 1948, they lived at Fort Monmouth N.J., where Bobby was born. Warren was 13 years in Army service. The day Mrs. Warren received her tragic telegram was the day she had set for mailing her husband his Christmas box. The packages, ten of them, wrapped in paper and ribbon, lie forgotten on the living room table. In them are fruitcake, candies, cheese, olives, and other things to eat he couldn’t get in Korea, and a new portrait of his little bronde son. 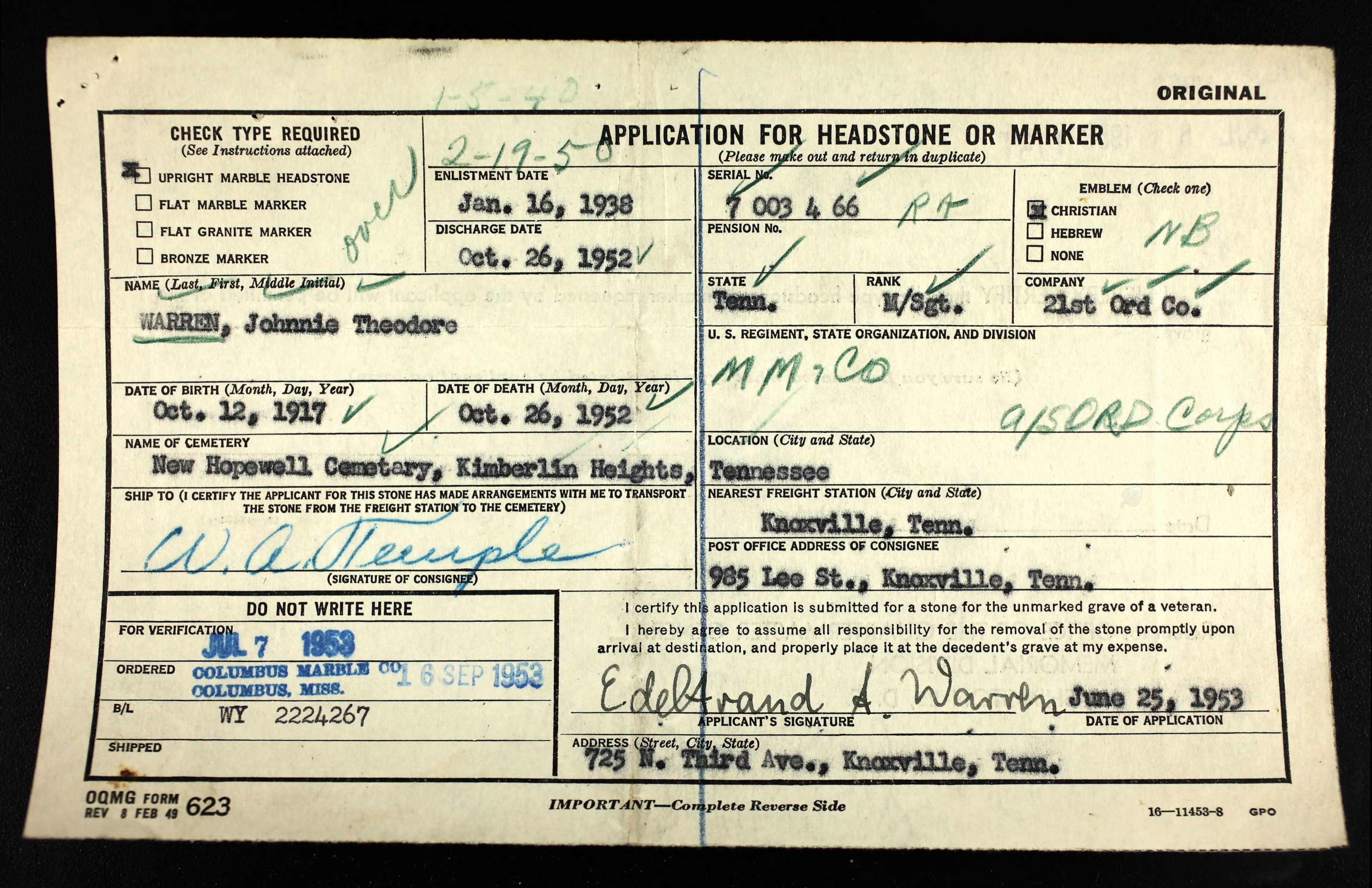 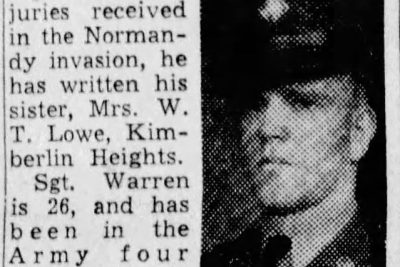 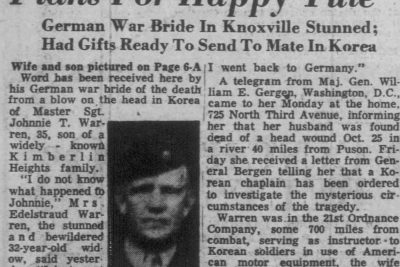 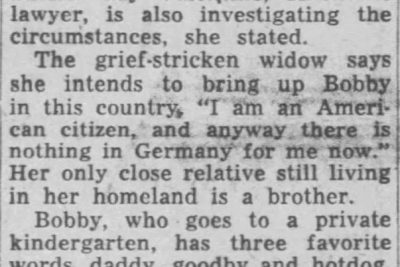 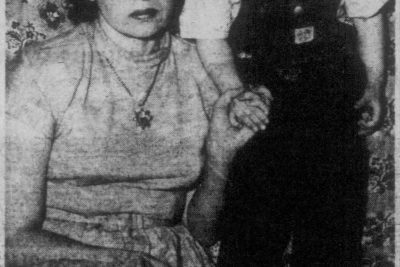 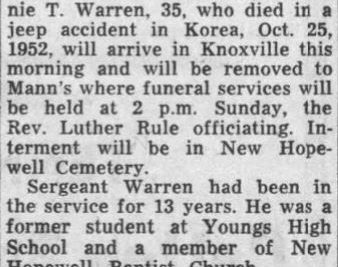 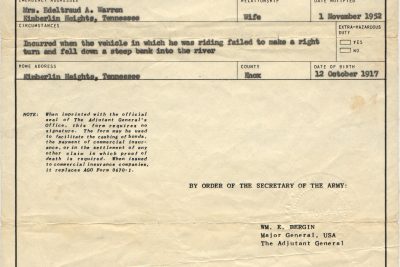