The Knoxville Journal, March 18, 1945
Pvt. Johnnie R. Smith, 23 has been missing in action since Jan. 23, the War Department has notified his parents. Since the official notice, no further word has been received by his mother.
Private Smith entered service July 9, 1944 and took his basic traning at Camp Wheeler, Ga. He went overseas in December of last year and spent a brief furlough with his wife and two children in November.

The Kingsport Times, 26 May 1948
Dale Street Vet´s funeral scheduled. Funeral services for PFC John R. Smith, 953 Dale Street, will be held Saturday at 1:30 p.m. at the home with the Rev. Alfred Greene and the Rev. Dillard Greene in charge. Burial will be in McKinney´s Chapel near Rogersville, where military rites will be accorded by the American Legion. PFC Smith was killed in action at the age of 23 on January 23, 1945, in France. He was employed at HOW, living in Kingsport about a year. He was born in Hancock County and was a member of New Hope Church there. Survivors are his widow, Mrs. Jewell Vaughn Smith; two children, Verla and Grant Dwayne Smith; his mother, Mrs. Quinnie Lawson of Hawkins County; a sister, Mrs. Rosavie Drinnon; and the following half-brothers and half-sisters, Delmar Lawson, Miss Anna Lee Wolfe of Mooresburg and Miss Trula Lawson of Hawkins County. 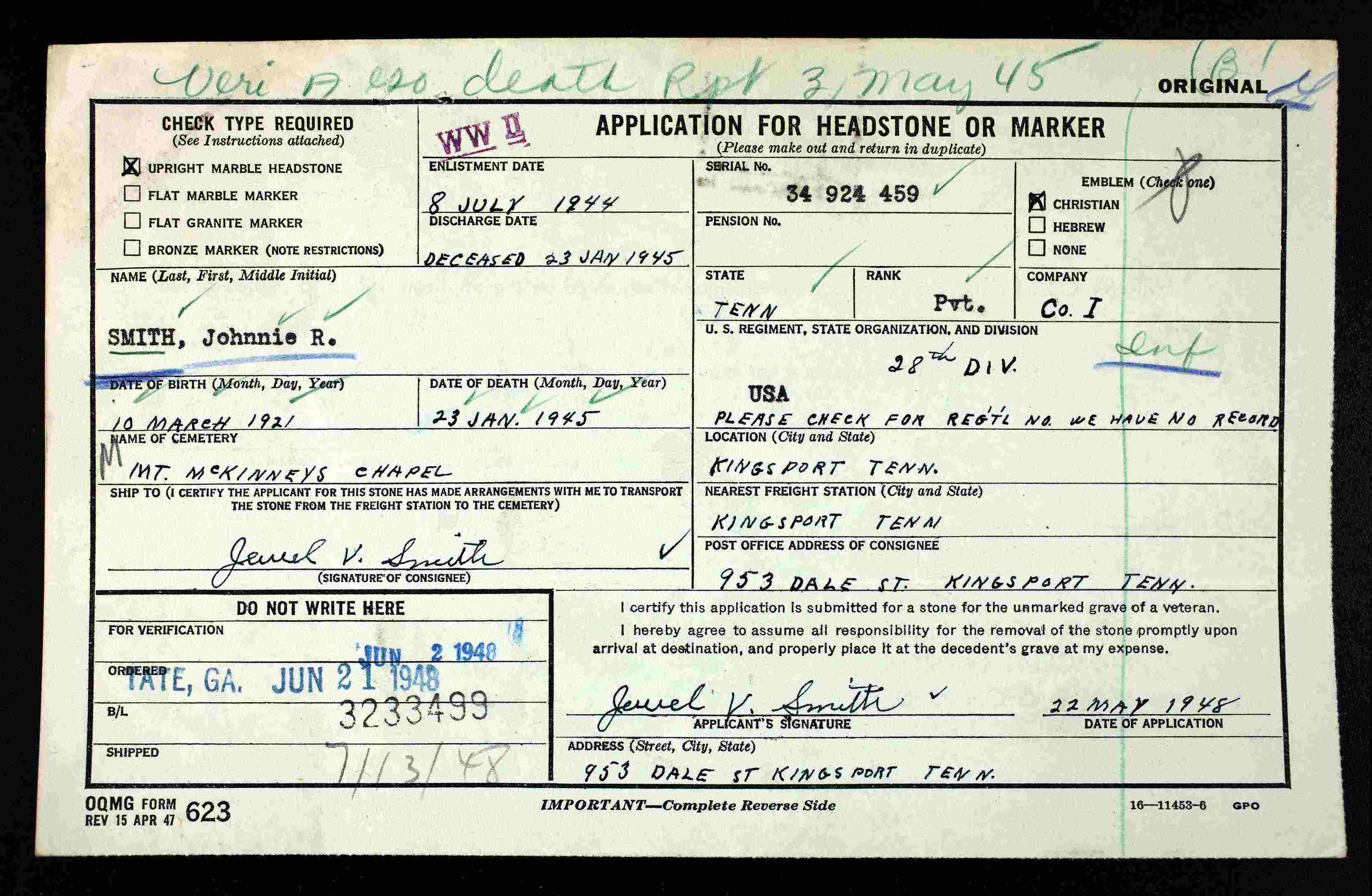 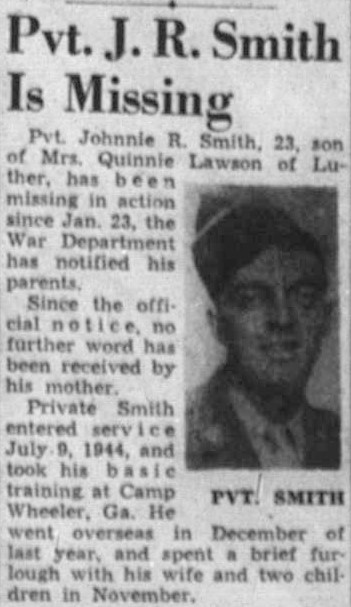