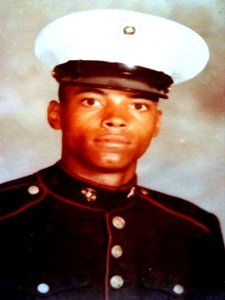 Private First Class Johnnie L. Vaught, Jr. was born on February 3, 1949, and was originally from Chattanooga, Tennessee. He served his country in the viet War in the United States Marine Corps, as a rifleman in 3rd CAG, Combined Action, III MAF. He began his tour of duty in Vietnam on January 16, 1968. On September 29, 1968, PFC Vaught was killed as a result of a friendly fire accident in Thua Thien province, South Vietnam . He was a recipient of the Purple Heart medal. PFC Vaught is buried at Chattanooga National Cemetery in Chattanooga, Tennessee, Qq, 613, and is memorialized on the Vietnam Veterans Memorial on Panel 42W, Line 44. 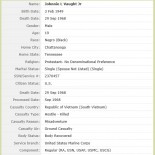 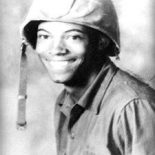