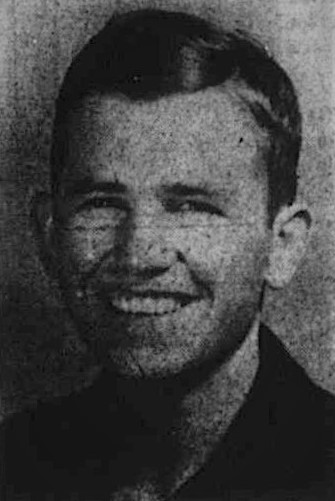 Plain Talk and Tribune, March 6, 1944
Jack Ottinger, son of Mr. and Mrs. Blaine Ottinger, was killed in action in Italy, Feb. 4, his parents were notified last week. The telegram merely stated that he was “killed in action”, and that a letter giving detals would follow. He was only 19 years old, and had been overseas only sixty days. He had been in the service only seven months, and had been home on furlough one time.

Plain Talk and Tribune, June 2, 1949
The body of Pvt. John W. (Jack) Ottinger, son of Mr. and Mrs. Blaine Ottinger of Newport, will arrive Tuesday evening from Europe where he was killed in action on February 4, 1944, while serving with the U.S. Army in Italy. Pvt. Ottinger entered the service on June 19, 1943 and was killed after serving 2 months overseas while with the 36th Infantry Division. 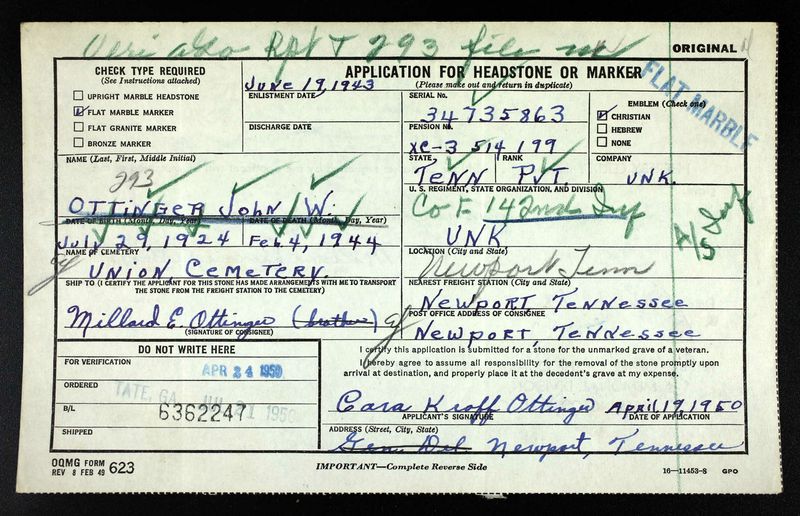 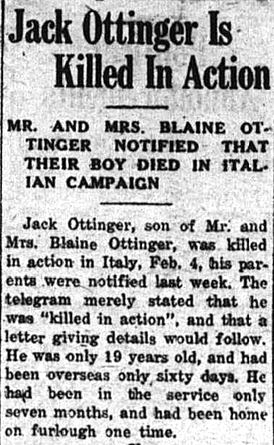