The Knoxville News-Sentinel, July 13, 1944
Marine Sgt. John W. Mahan, former Central High School basketball captain, has been killed in action in the Pacific, the parents, Mr. and Mrs. George F. Mahan, Woodrush Avenue, Fountain City, were informed last night. Word of this son’s death came just one day after the parents had the news that another son, First Lt. Roger Mahan, had been awarded teh Distinguished Flying Cross in India for downing two enemy planes, and participating in more than 50 successful flying missions. Another son, Capt. Albert F. (Pete) Mahan is public relations officer for the Eastern Base Command of Strategic Air Forces and is stationed in Moscow. The three sons were all home together a year ago filling the Fountain City home with happiness. The mother fed them hot biscuits, all the country ham they could eat, and everything else that the boys liked. None of them has been home since. Sgt. Mahan was with an armored amphibian tank battalion in the Southwest Pacific. The boys are nephews of the Rev. And Mrs. A.F. Mahan of Fountain City. He was a member of Central Baptist Church in Fountain City. 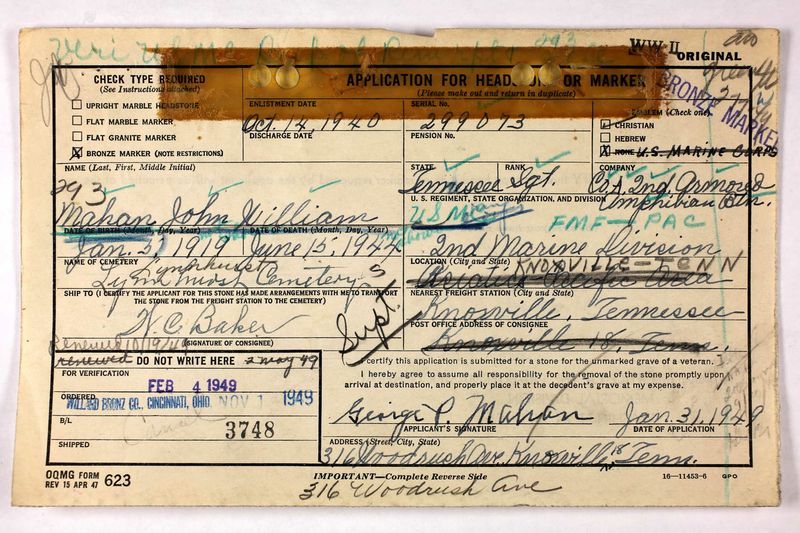 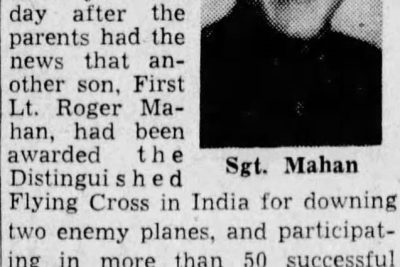 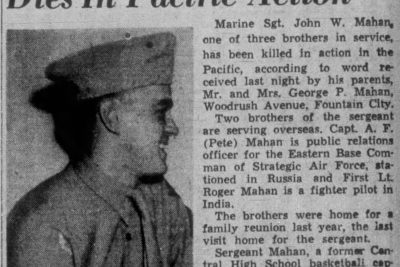