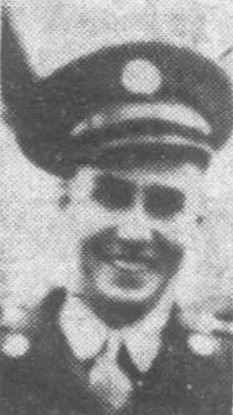 The Knoxville Journal, January 24, 1945
Pfc. John William Horton was killed in actio in Belgium, Dec. 26, according to word received by his parents, Mr. and Mrs. George Norton, Norristown. He had been in service 17 months and overseas more than three months.

The Knoxville Journal, Knoxville, Tennessee, 24 Mar 1949
Pfc. John William Horton was killed in the Battle of the Bulge, Dec. 26, 1944. He entered service July 27, 1943, and served with Co. I, 333rd Infantry, 84th Division. He was awarded 12 medals including Purple Heart, Silver Star, Bronze Star, Battle Stars and others. Survivors: parents, Mr. and Mrs. George Horton; grandparents, Mr. and Mrs. W.M. Horton, Talbott. The body will arrive in Morristown March 24 and will remain at the Stetzer Funeral Home until Saturday, when it will be removed to the home of his parents. 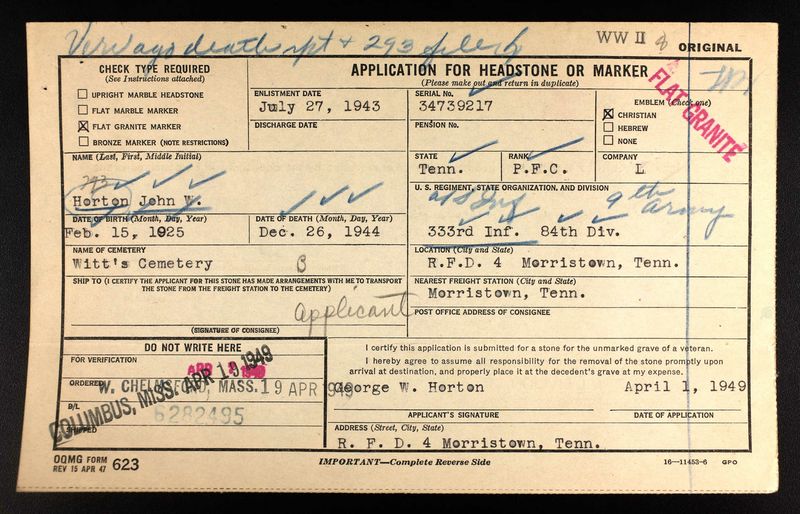 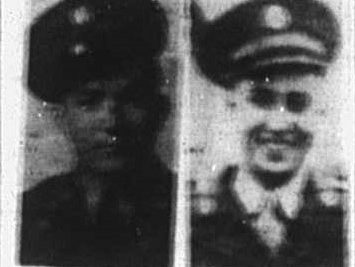 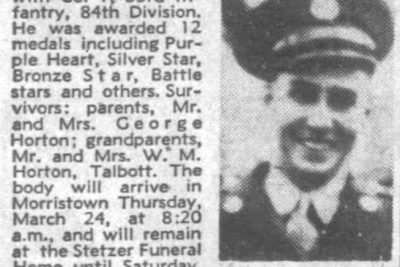