John Walter Horner was born in 1922 in Tennessee to Charles Nelson Horner and Nellie Louise Keener. He entered the service at Camp Forrest, Tennessee on 7 November 1942.

Aircraft C-47A with serialnumber 43-15789, nickname The Jerk, departed from Lashio, Burma on an evacuation mission to Myitkyina.

Statement of Captain Samule H. Runyan, 23 April 1945 The wreckage of the aircraft was found 10 miles 360 degrees from Lashio, Burma. The aircraft had crashed and burned. 8 bodies have been found and 6 identified as Chinese, the other two as Americans. As yet the third American on the aircraft has not been found and there is no way as yet to determine which one is missing. The two American bodies found are badly burned and there is no means of identification.

Air Traffic Control Offier´s statement from 2nd Lt Robert Gries,
I investigated the accident of plane #789 in person on 25 April 1945. Taking along medical personnel to recover the bodies of the Americans on board. We climed for two and one-half hours to reach the summit of the first range. There I started the investigation. It was plain to see that the pilot flew into the mountain with power and knowing the weather conditions at the time I could easily determine that he was on instruments. The plane hit with the right wing first owing to the fact that he was in a 3 or 4 degree bank at the time. If he were fifty feet higher he would have cleared the first mountain. On the first range he lost his right wing and prop and tail assembly. The fuselage continued however and inverted and landed its back on the second range about 180 yards from the top. The plane burned on contact and only covered about 30 sq. yards. The medics searched the wreckage but didn´t find enough bodies or rather pieces of bodies to bring back. 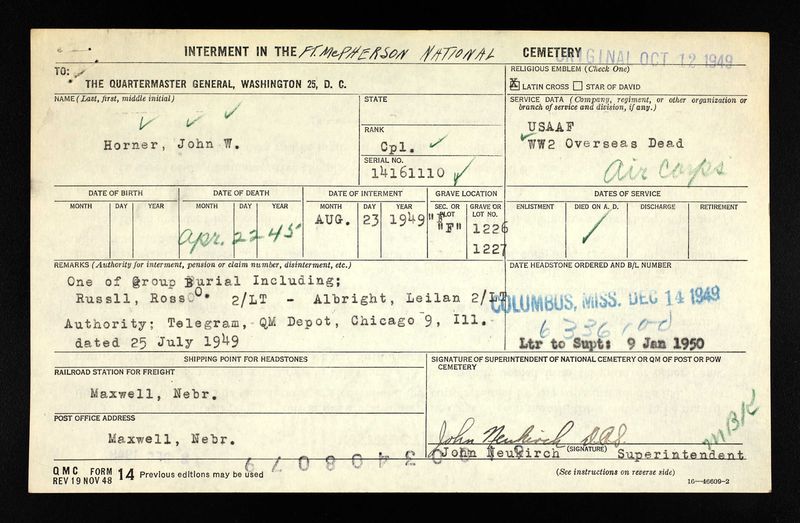 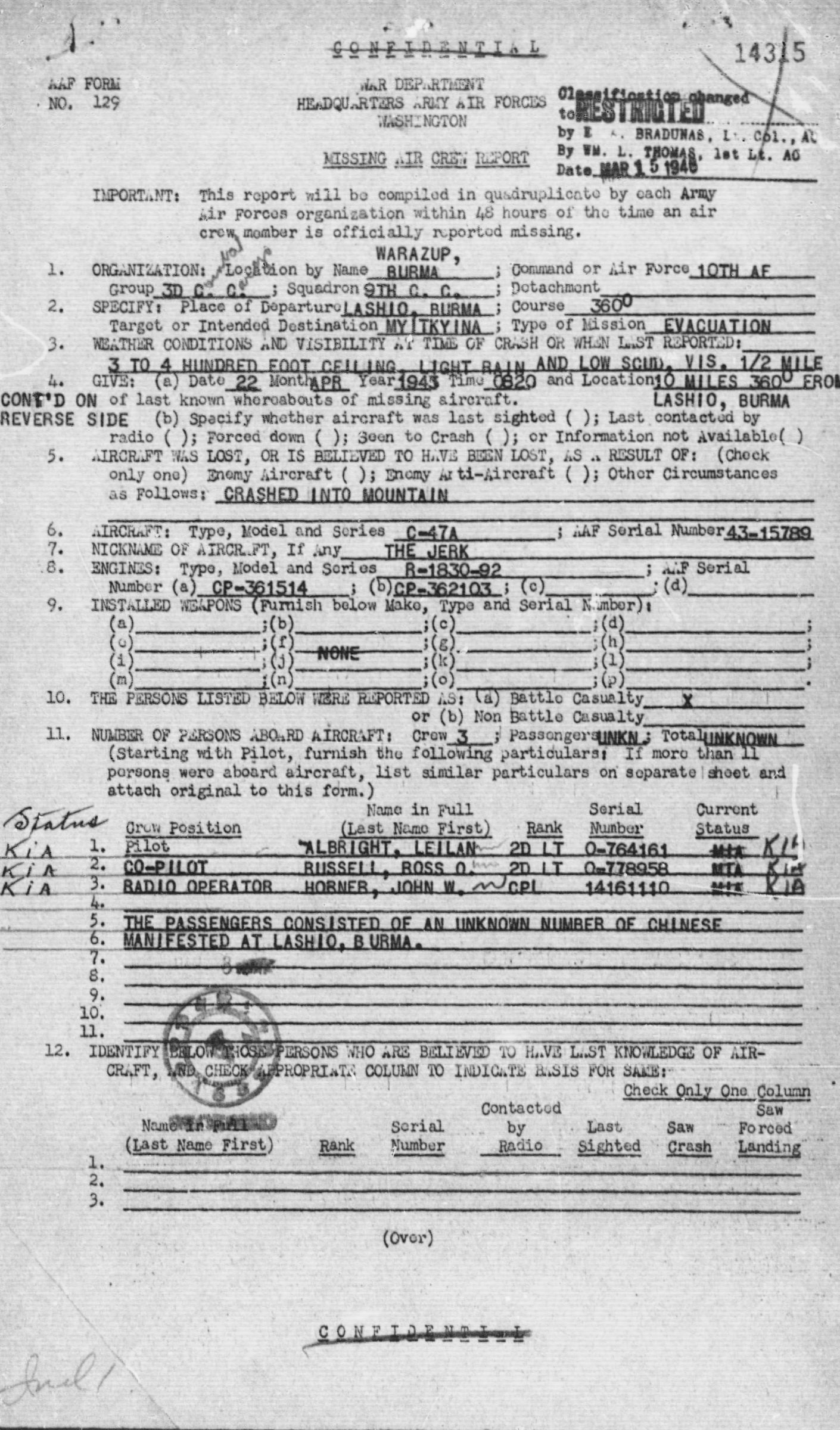