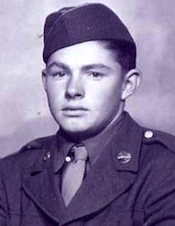 Basic training at Fort Oglethorpe, and then to Camp Blanding in Florida for more training. He was transferred to Fort Meade in Maryland, to ship overseas with the 5th Army under General Clark. He was killed on September 30, 1944 in Italy.

I know very little about my uncle. My grandparents’ house burned and everything was lost so I have no records. Would love to know more about this handsome man I wish I could have known personally rather than through stories from my Dad.
–Submitted by his niece, Mary Jane Hodges-Farmer

Rogersville Review, November 7, 1944
Mr. and Mrs. Clyde Hodges of Route 2, Persia, have received word that their son, Pvt. John W. Hodges was missing in action since Oct. St. Pvt Hodges has been in service since August, 1943. He received his training at Camp Blanding, Fla., leaving the States in March, 1944. He was serving with the Fifth Army in Italy. 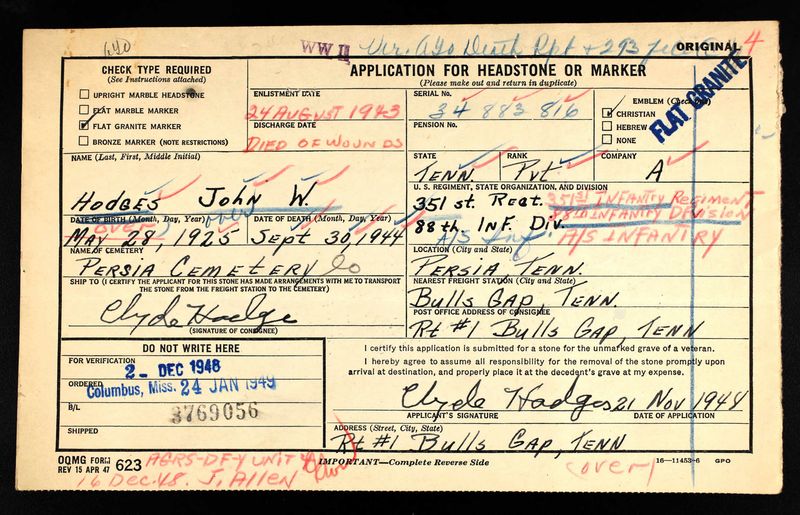 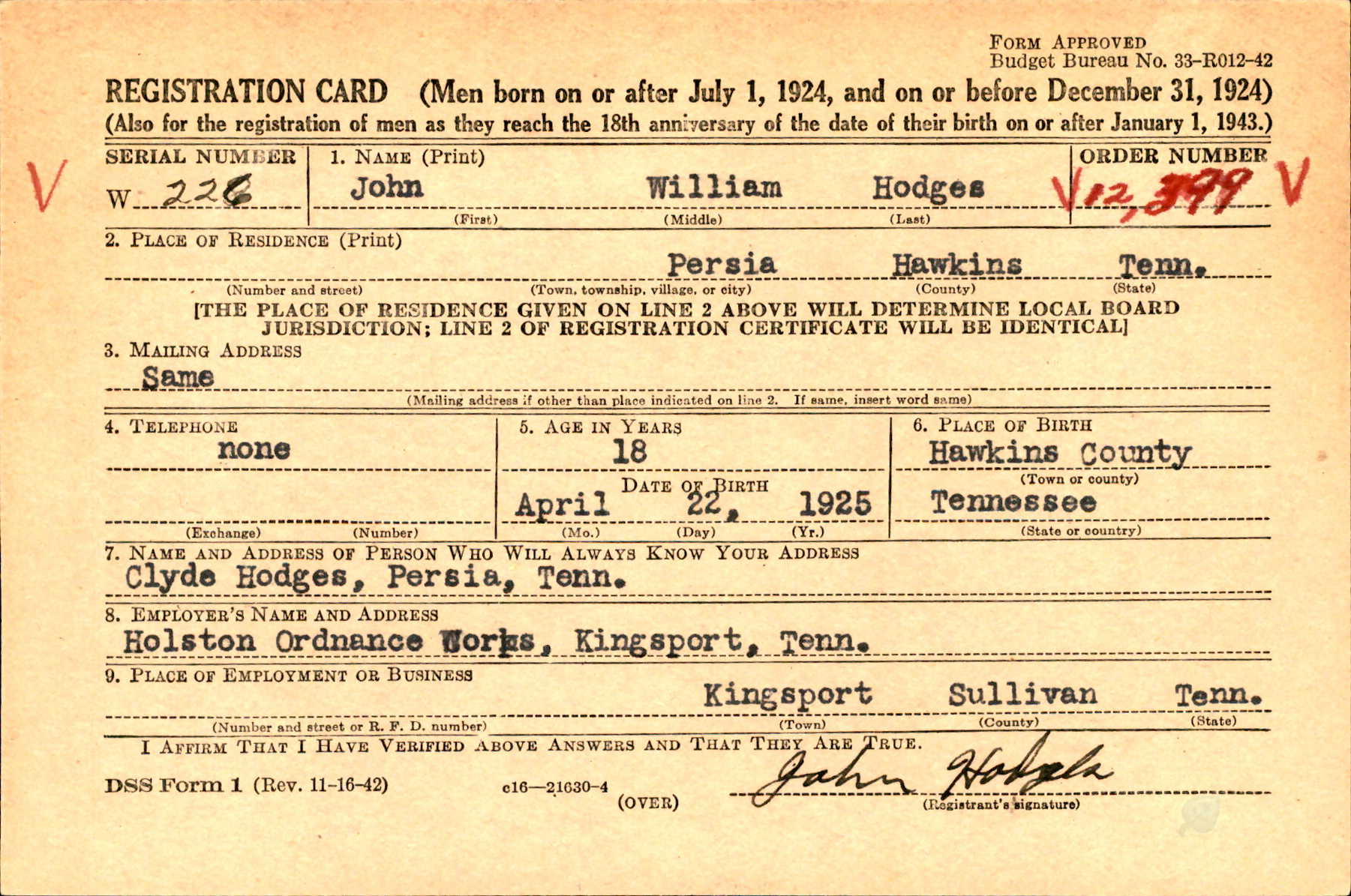