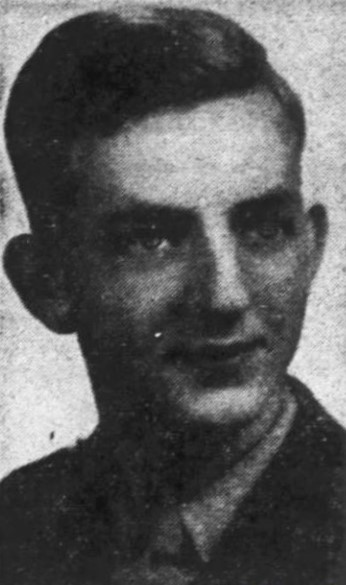 PFC John W Conley fought valiantly in World War II as a member of the Anti-tank Company of the 134th infantry, 35th Div, U S Army. He was killed in action in the vicinity of the bridge at Hauskirchen, Germany, on 20 December 1944.

The Chattanooga Times, August 8, 1948
Funeral services for Pfc. John W. Conley, son of Mr. and Mrs. T.A. Conley, 500 Wells Street, and a well-known north Georgia family, who was killed in action in Germany on Dec. 20, 1944, will be held at the J. Avery Bryan Funeral Home. Interment, with full military honors at the Rock Spring, Ga., cemetery. A graduate of City High School in 1943, Pfc. Conley entered military service in August of the same year. He went overseas with the 134th Infantry of the 35th Division in May, 1944. He is survived by his parents; four sisters, Mrs. J.Y Smith and Mrs. J.G. Waitt, Chattanooga; Mrs. R.L. Hicks, Laurel, Miss., and Mrs. James E. Baker, San Diego, Calif. 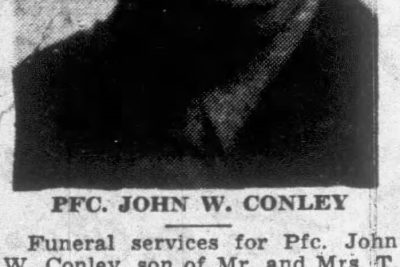