John Burden entered the service from Hawaii. He served on the U.S.S. Whippoorwill and was transferred to the U.S.S. Preble (DM20) on 20 September 1939. He was honorable discharged while at Pearl Harbor on the Preble on 5 October 1939 and reenlisted the next day on board for 4 full years. On 20 July 1942 he was transferred to the U.S.S. Chevalier (DD451). On 3 October 1943 he agreed to extend enlistment for the period of years while on board of the Chevalier. He was missing in action on 6 October 1943 as a result of action against the enemy. He was officially declared dead on 7 October 1944. 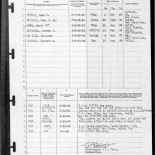 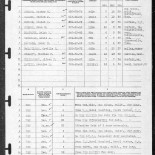 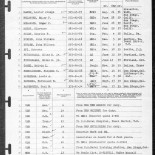 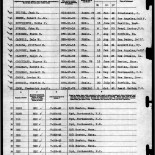 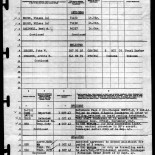 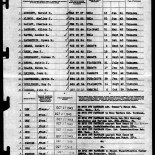