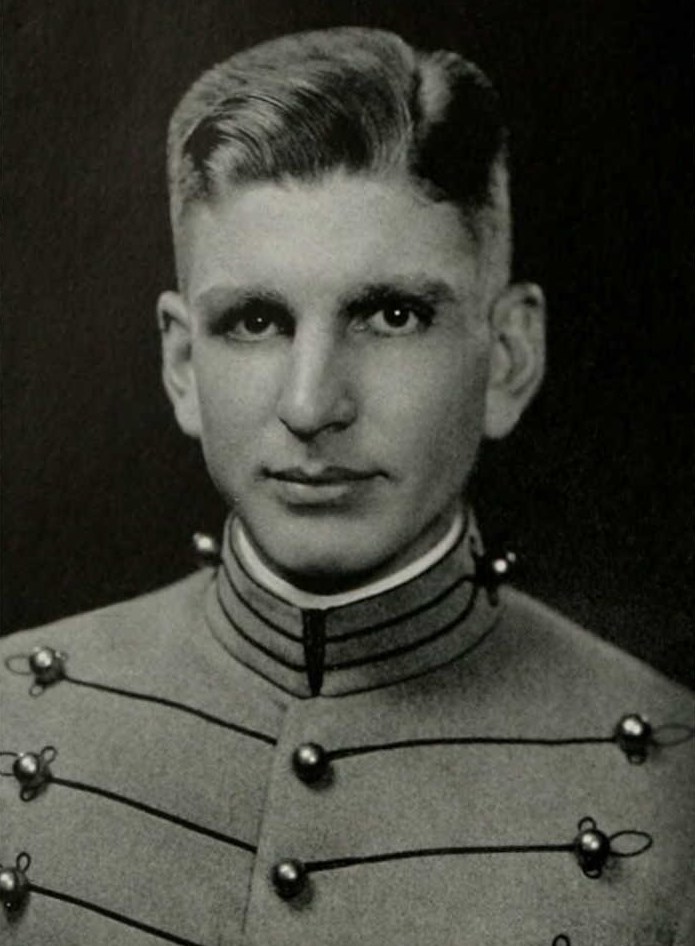 The Knoxville News-Sentinel, February 1, 1945
Harriman, Feb. 1 – Major John Tyler Davis, 29, was killed in action in Belgium on Jan. 8, according to a War Department message to his wife and his parents, Mr. and Mrs. John R. Davis. Major Davis was battalion commander of an airborne division and went into action from France on new Year’s Day. He is the highest ranking Harriman officer to die in action and the fourth local commissioned officer to give his life in World War II. Major Davis was valedictorian of his senior class of Harriman High School and was outstanding in scholarship during his two years at Georgia Tech. He entered the United States Military Academy at West Point on July 1, 1935, under an appointment by Congressman J. Will Taylor and held the rank of sergeant in his first class year. While there he turned out for the track team in 1937, 1937 and ’38, and also the cross country team in 1937. Major Davis went overseas early in 1944. He was seriously wounded in action in France on June 28. 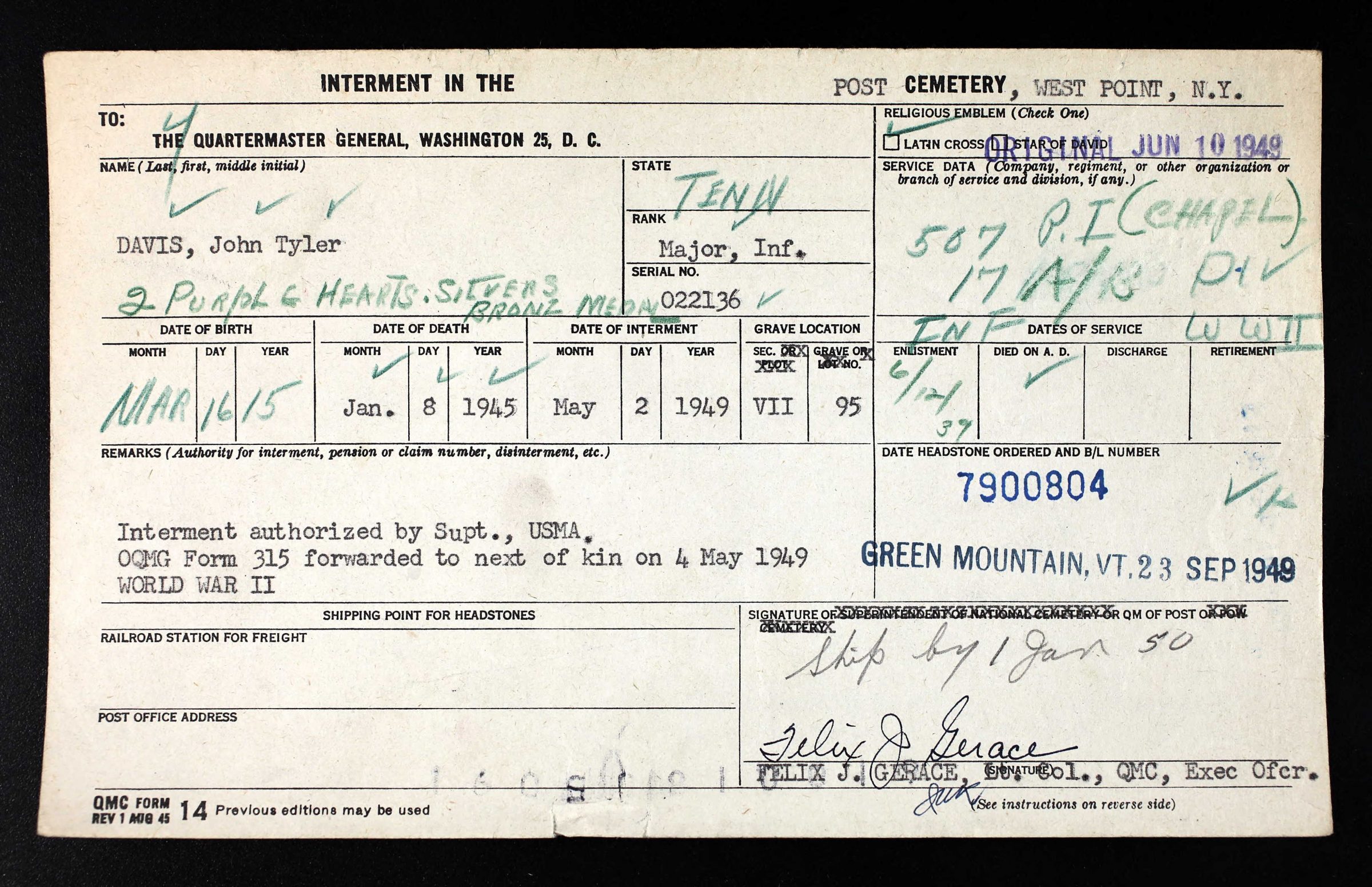 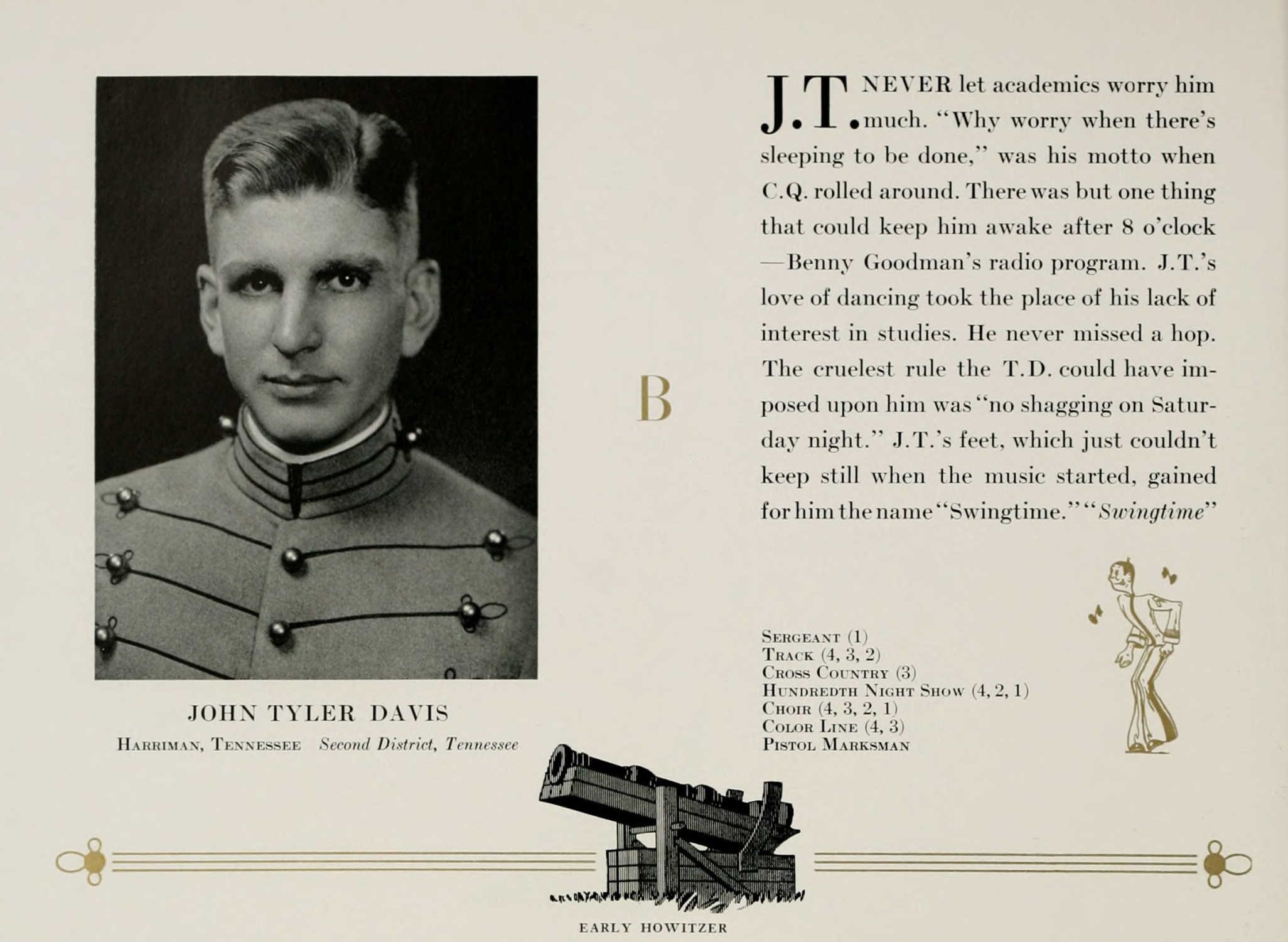 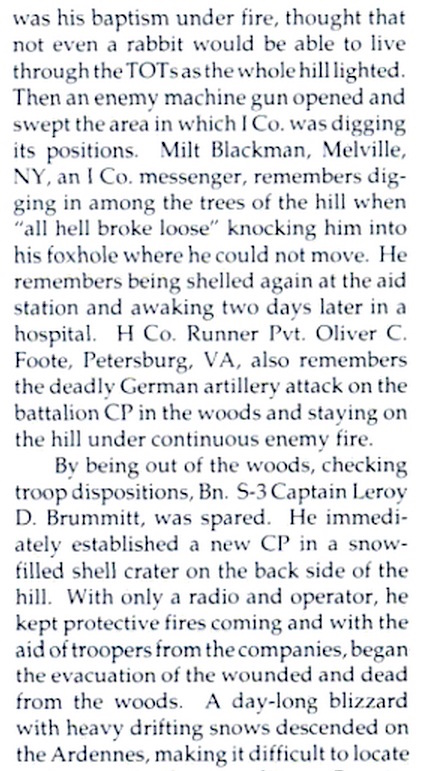 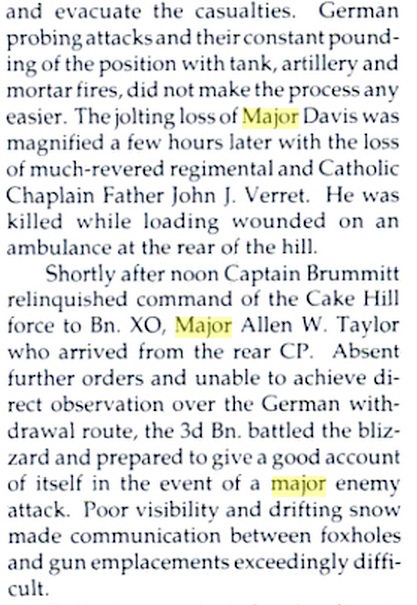 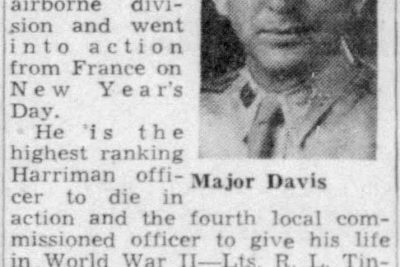