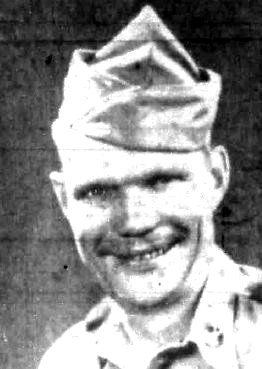 Sergeant John Travis Davis of Clinton, Tennessee was born on January 20, 1924. He was the son of Elmer and Cassie Davis. He was the brother of Violet Davis, Florence Davis, Charlie Davis, Pauline Davis, Hubert Davis, Flora Davis, Frank Davis, and Jack Davis. He was married to Akiko A. Davis.

Sergeant Davis first enlisted in the military for service in World War II on March 6, 1943 in Baltimore, Maryland. He went on to serve for 18 years, serving in World War II, Korea, and Vietnam. During his service in Vietnam, he served as a Unit Supply Sergeant in Headquarters and Headquarters Command, 84th Engineering Battalion, 937th Engineering Group, 18th Engineering Brigade. His final tour in Vietnam began on September 17, 1968. At the age of 45, he committed suicide with a small hand gun on May 28, 1969 in Binh Dinh, South Vietnam. He is buried at Sunset Cemetery in Anderson County. 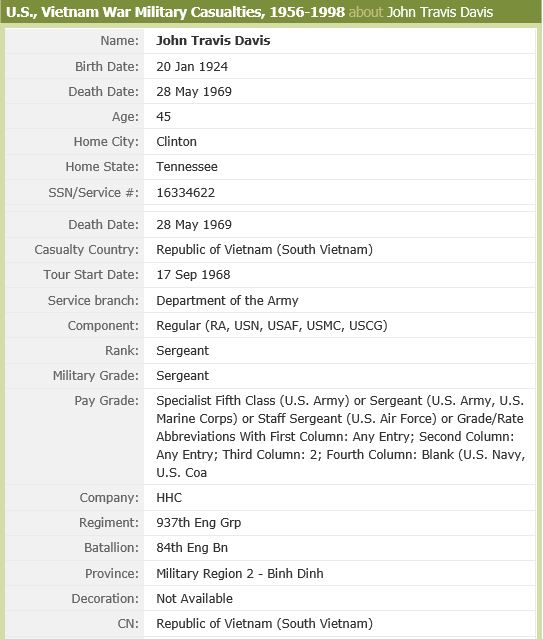 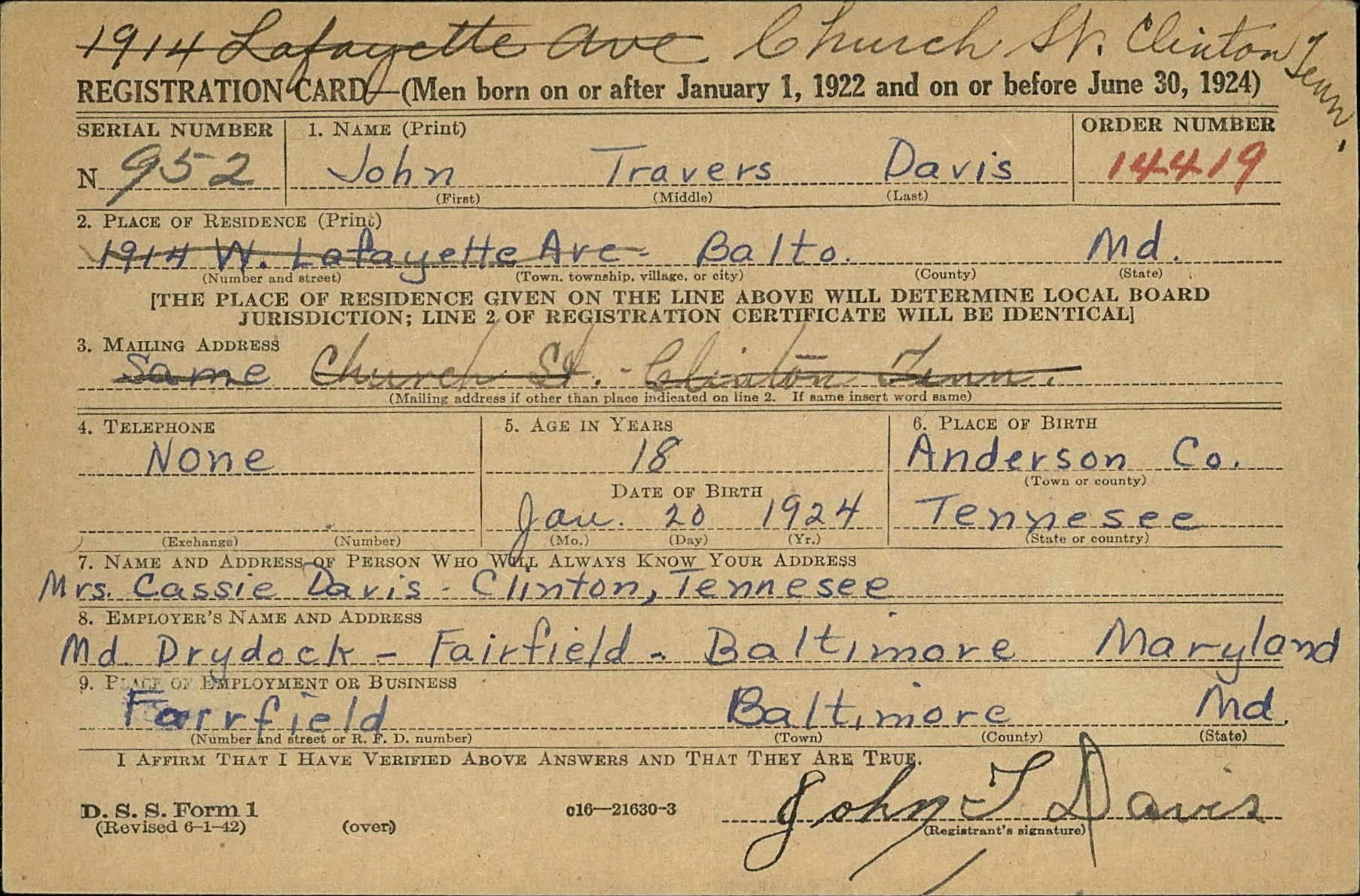