The USS Aaron Ward took six suicide planes aboard in 52 minutes of hell in the late afternoon of May 3. Three of them dropped bombs that blew holes deep in the hull. Five of them exploded, speading flaming death over the main and superstructure decks. The after deck toppled, blazing ammunition exploded lethally, the steering gear was one of the first casualties, and during the action the Ward steamed in a circle like the British Battleship Warspite at Jutland. Both engine rooms were pierced and flooded.
But the Aaron Ward never stopped fighting. Impenetrable smoke poured from the pierced stack, masking Japanese suicide planes as they made their runs, but Aaron Ward’s guns kept blazing. Five Kamakazes were blasted into the sea before they reached their targets. Five others that crashed on the Aaron Ward were hit hard during their runs. But these five Japanese planes – and one more which sneaked in undetected – hit their mark in one of the most intense and carefully co-ordinated mass suicide attacks on record.

Nineteen members of the crew lay dead. Six were mortally wounded, forty-nine others were seriously wounded, twenty others, blown overboard, were missing and were never recovered. 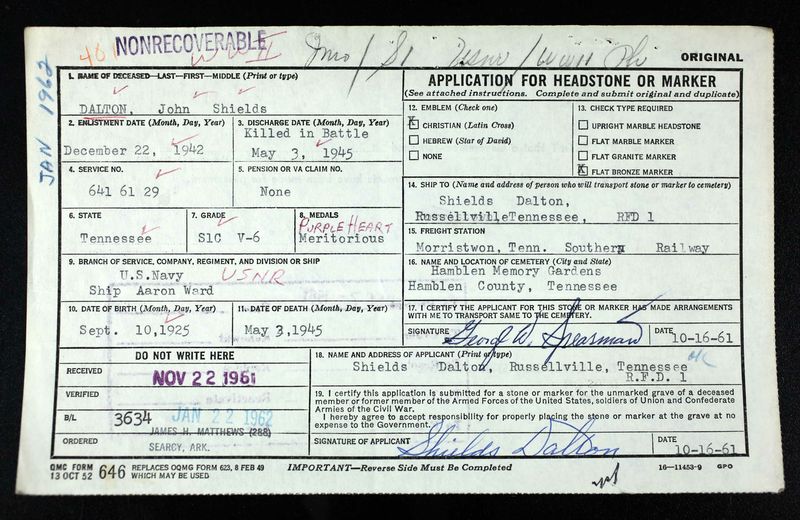 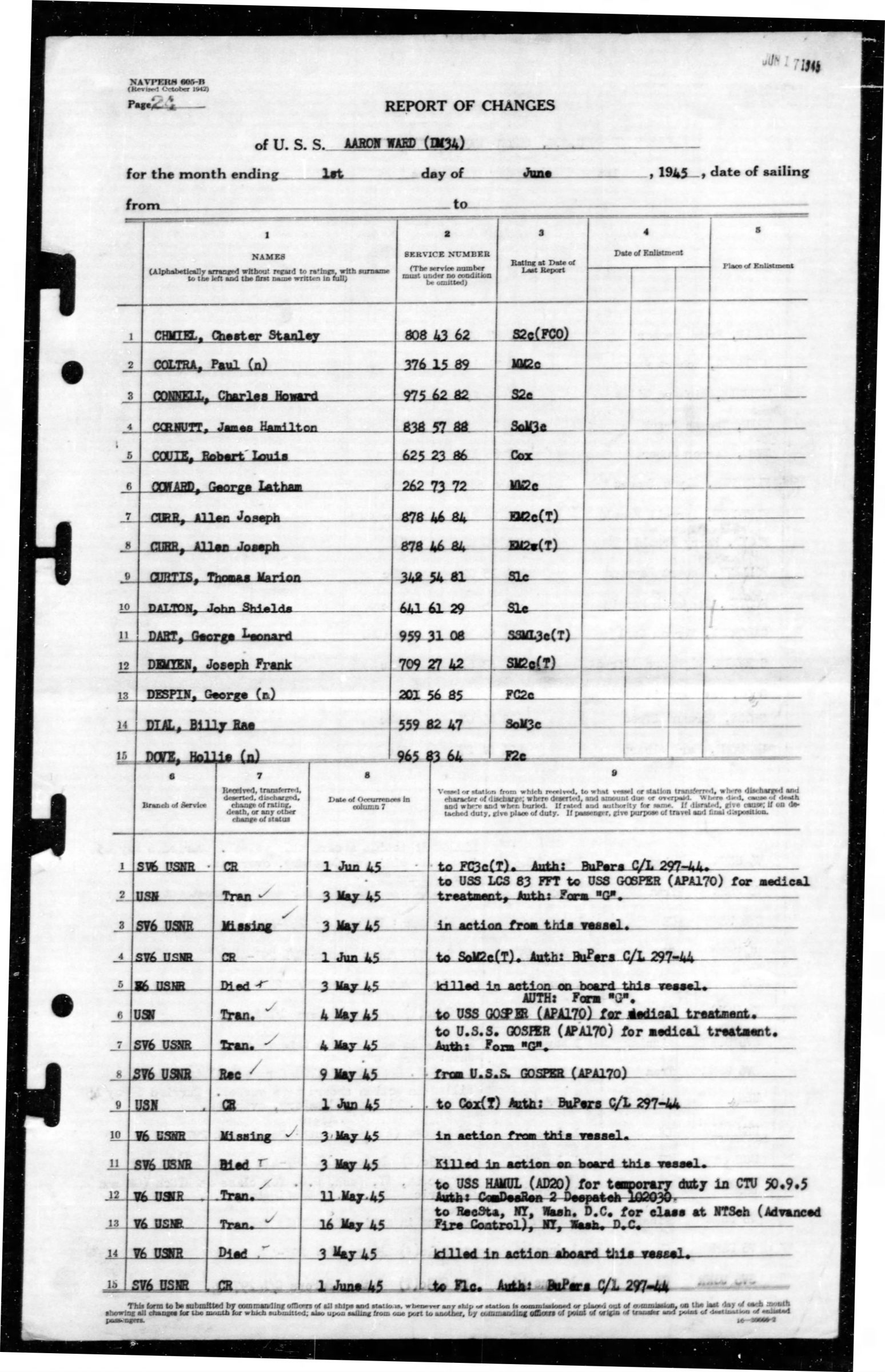 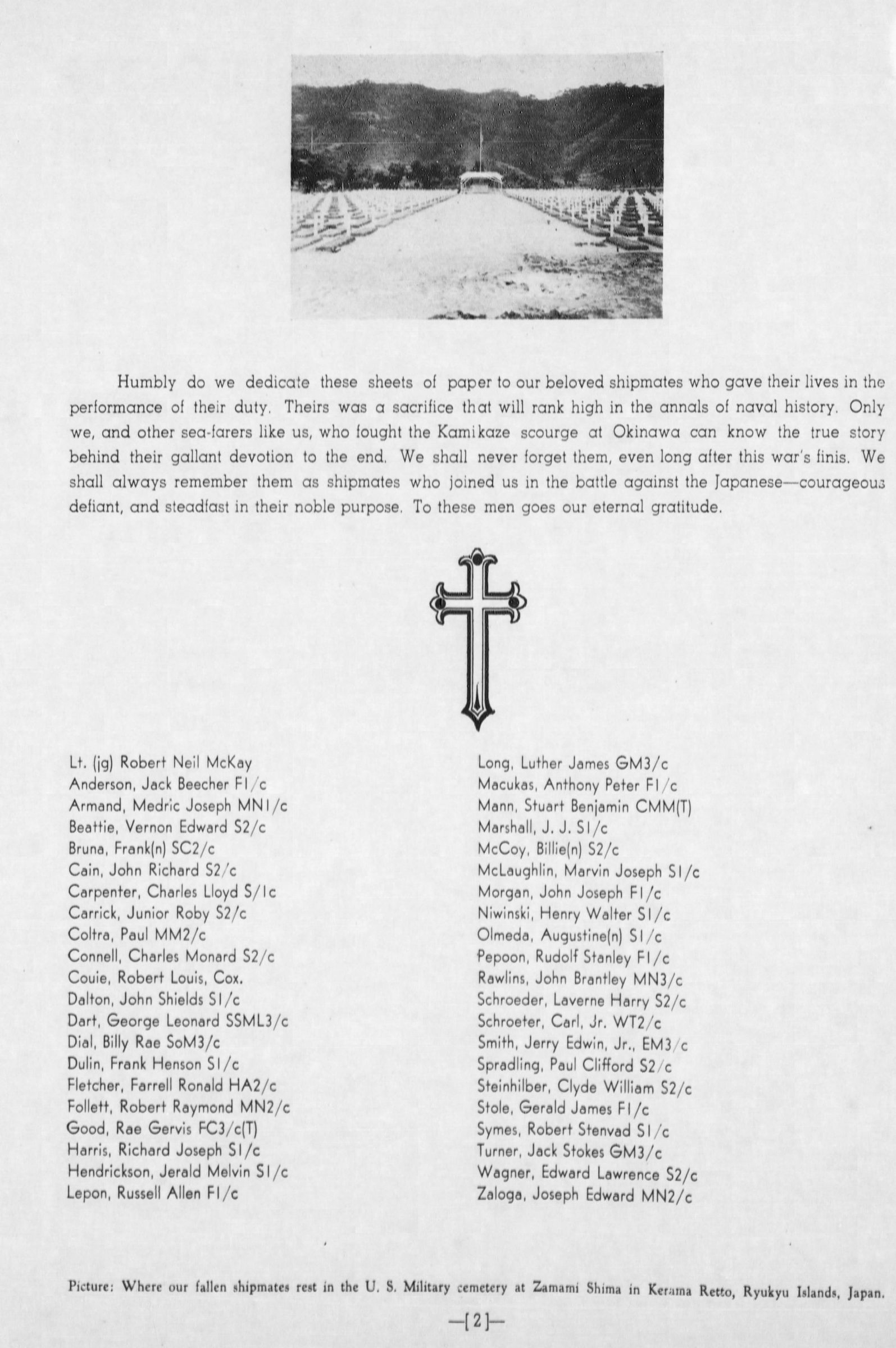 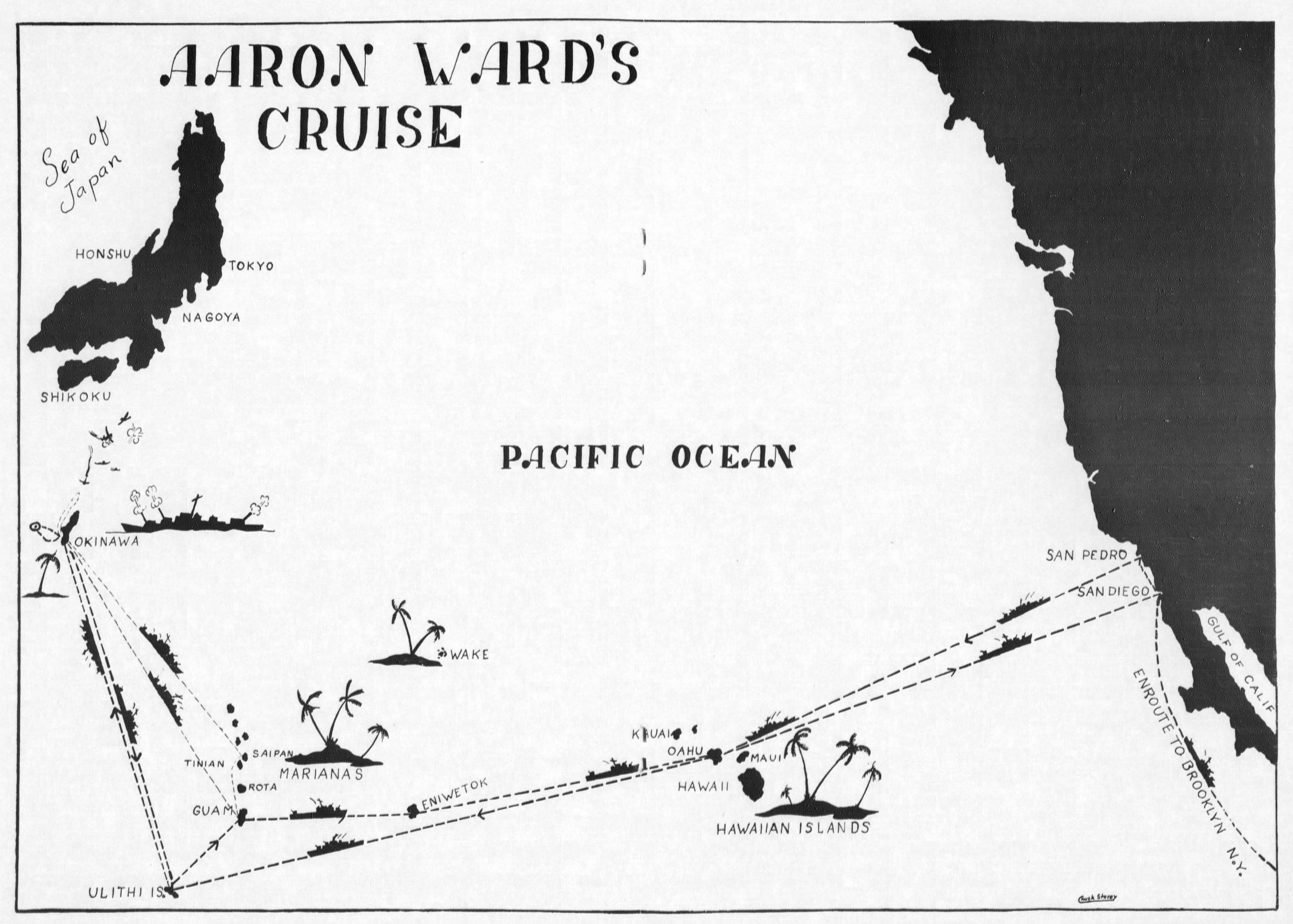 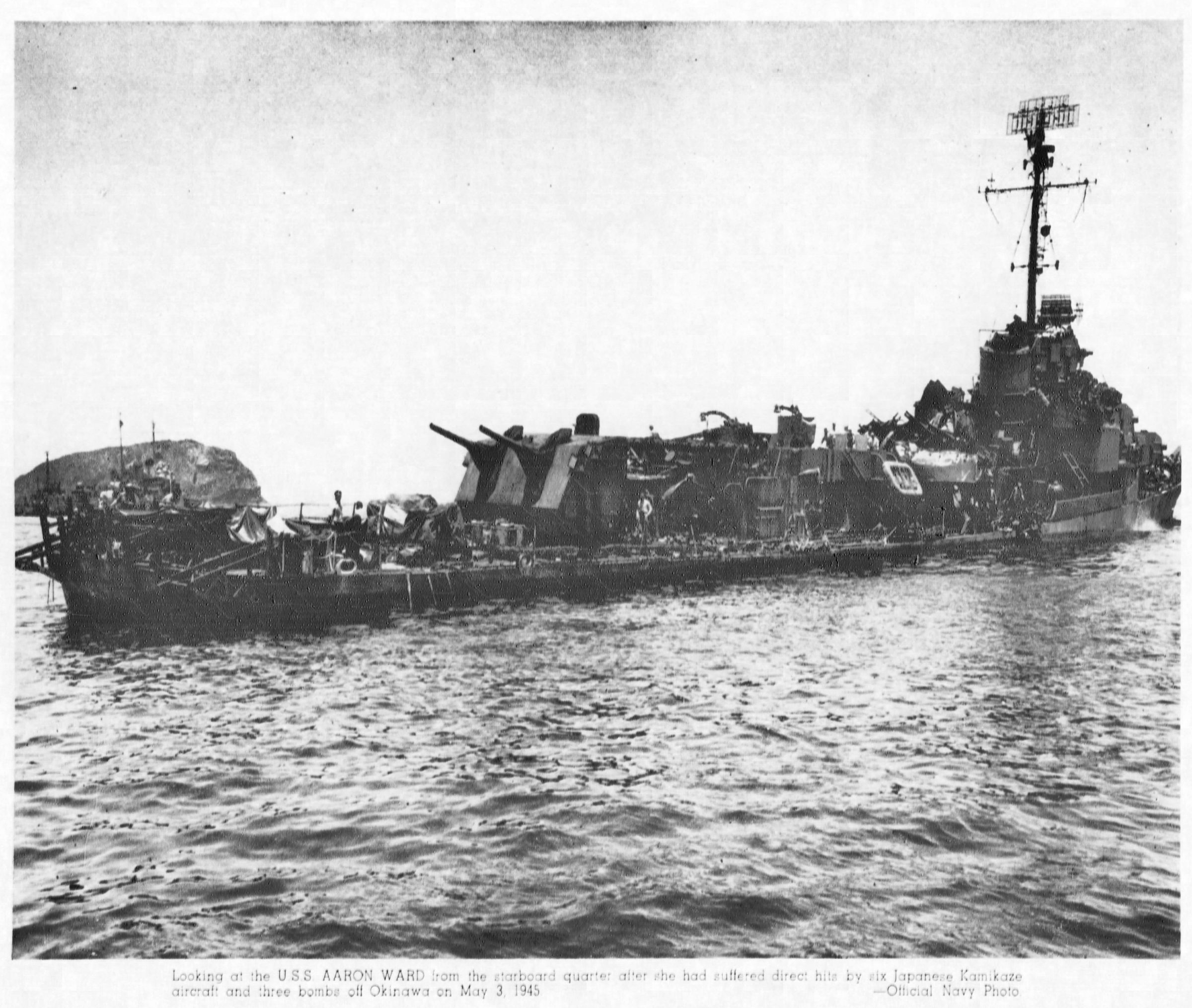 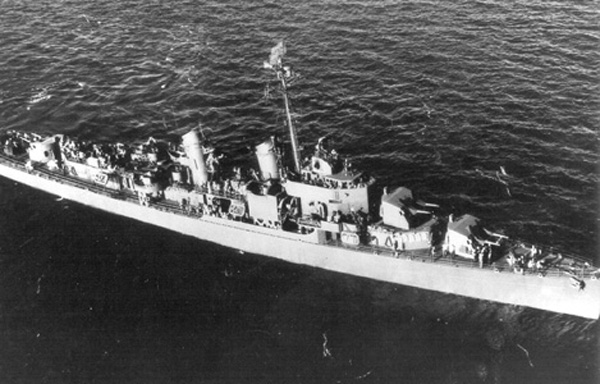 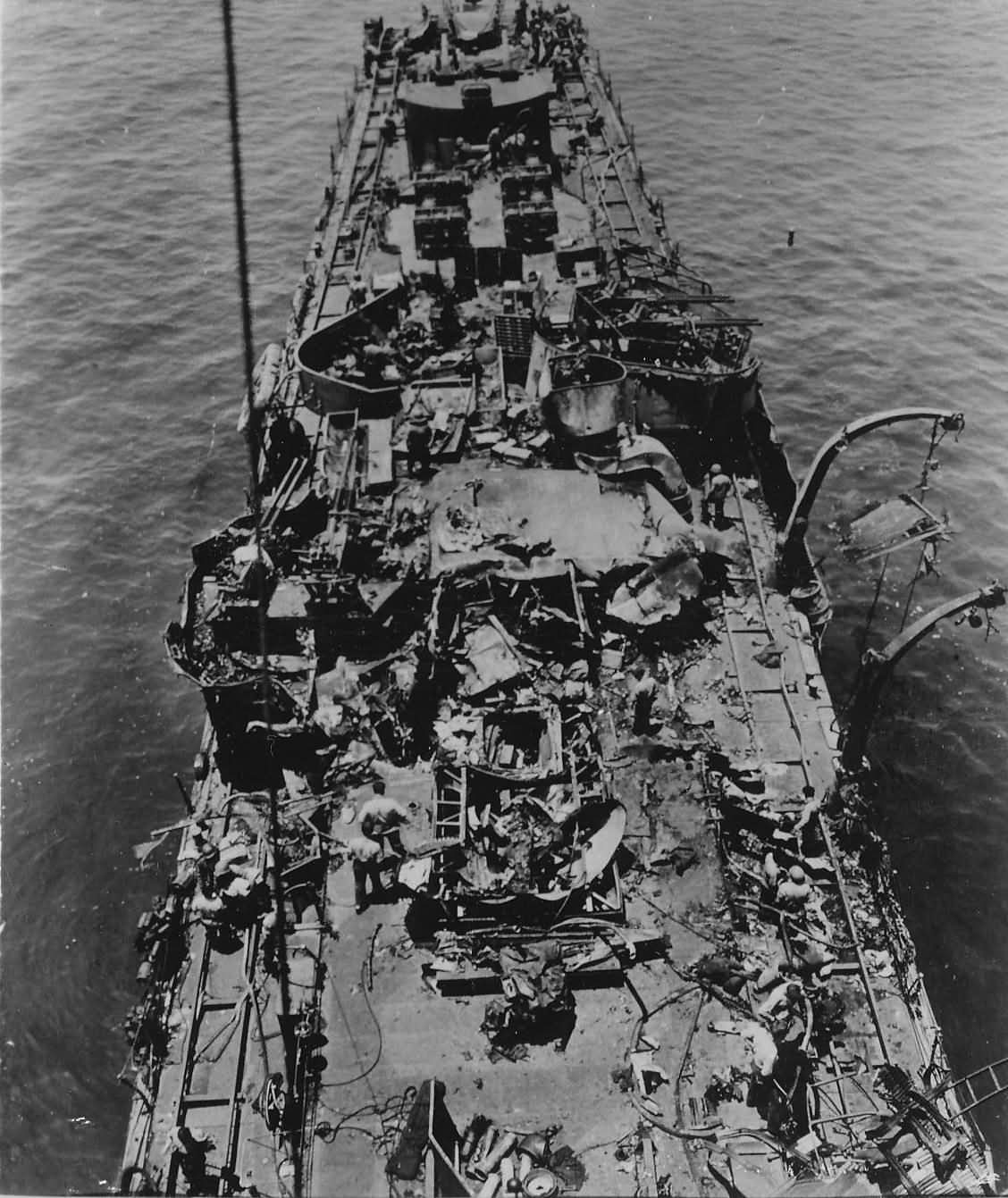