The Knoxville News-Sentinel, October 11, 1944
Pfc. John R. Smith, son of Mr. and Mrs. Robert A. Smith of Mascot, was wounded slightly while in action somewhere in Italy on Sept. 19 and has been awarded the Purple Heart, his parents have been notified. Pfc. Smith entered service a year ago and has been overseas since March. A former News-Sentinel carrier, he trained at Camp Wheeler, Ga., and attended Carter High School in the county.

The Knoxville News-Sentinel, November 11, 1944
Pfc. John R. Smith was killed in action in Italy, Oct. 13, according to word from the War Department to his parents. Pfc. Smith, 19, was wounded in action in Italy Sept. 19 and was returned to active service after 13 days hospitilization. He received the Purple Heart.
Surviving besides his parents, are two sisters, Barbara Ann and Phyllis Smith, and a brother, Roy Allen Smith. 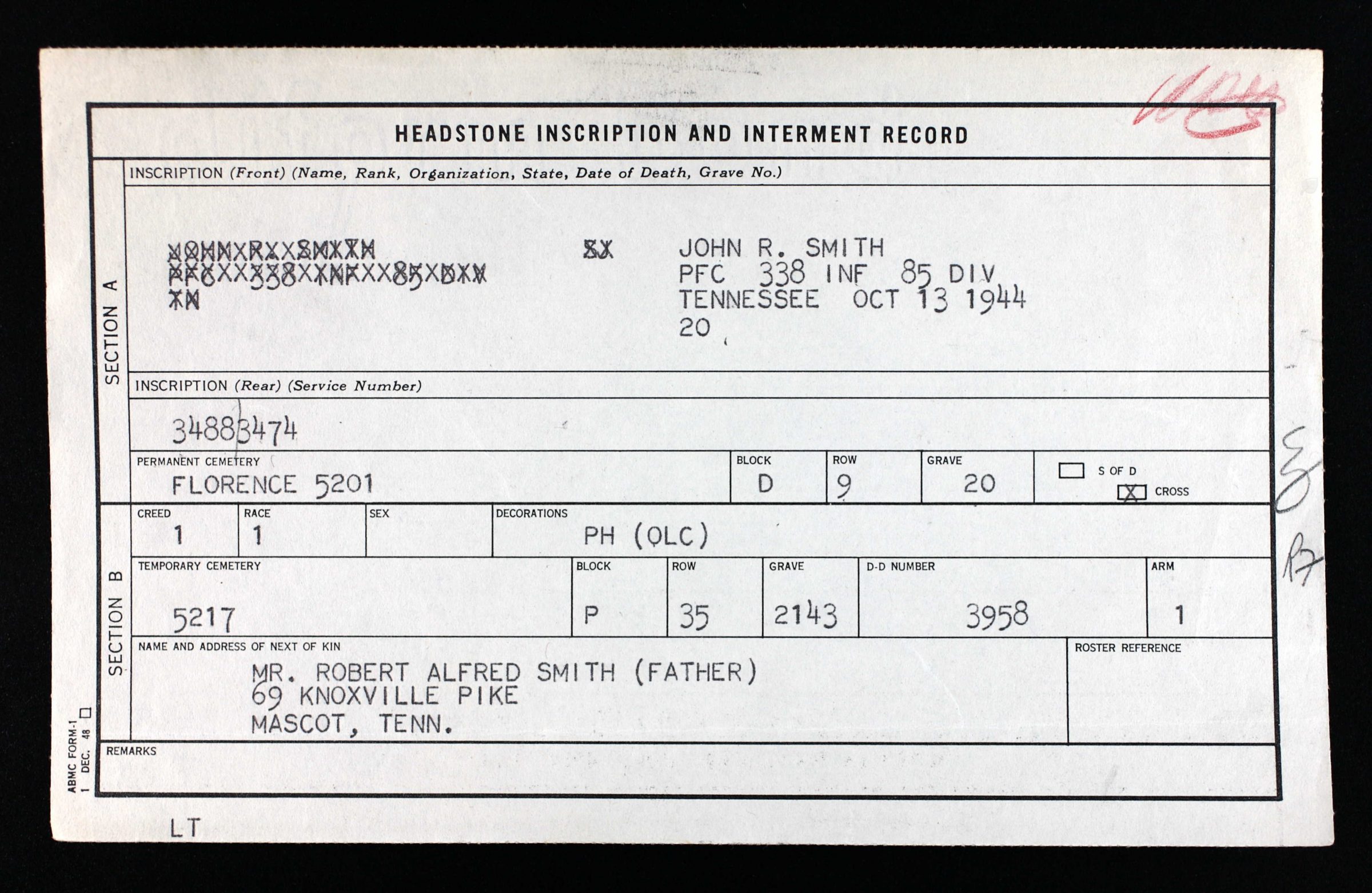 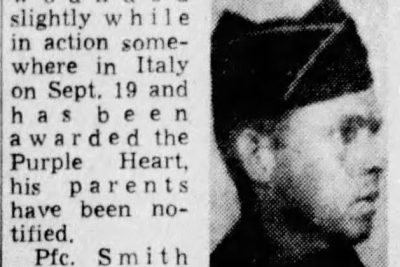 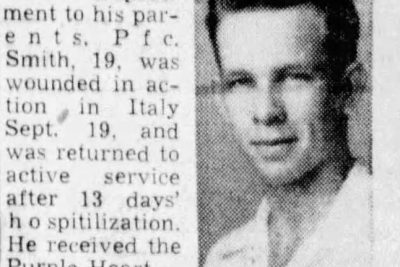