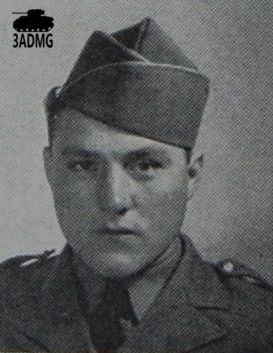 The Knoxville Journal, February 17, 1945
S/Sgt John R. Sloven, son of Mr. and Mrs. R.C. Sloven, Route 3, Oneida, was killed in action August 3, 1944, the War Department has informed his parents.
In service since January 1941, Sloven had been sent overseas with his armored division in August, 1943.

Slaven, John R. – Funeral services were held Sunday, September 19, for Sgt. John Randolph Slaven, of Oneida, who was killed in the battle of St. Lo, France, August 3, 1944. He was 22 years of age, having been born on July 21, 1922. He entered Service on January 4, 1940, serving 4 years, was in the European theatre overseas with the 36th Armored Infantry regiment. He was killed instantly when he walked into a German machine nest in a hedge grove. SSgt Slaven was converted when about 15 years of age and was a splendid young man. He is survived by his parents, Mr. and Mrs. Crusoe Slaven, two brothers, Wheaton Slaven, Oneida, and Rudolph Slaven in the U.S. Army, now stationed in Massachusetts. Funeral services were conducted by Revs. Willie Marcum  of Oneida and Wheaton of Jamestown. Interment in the West cemetery with Hickman’s in charge. (Source: Scott County News, Sept. 24, 1948, p8) 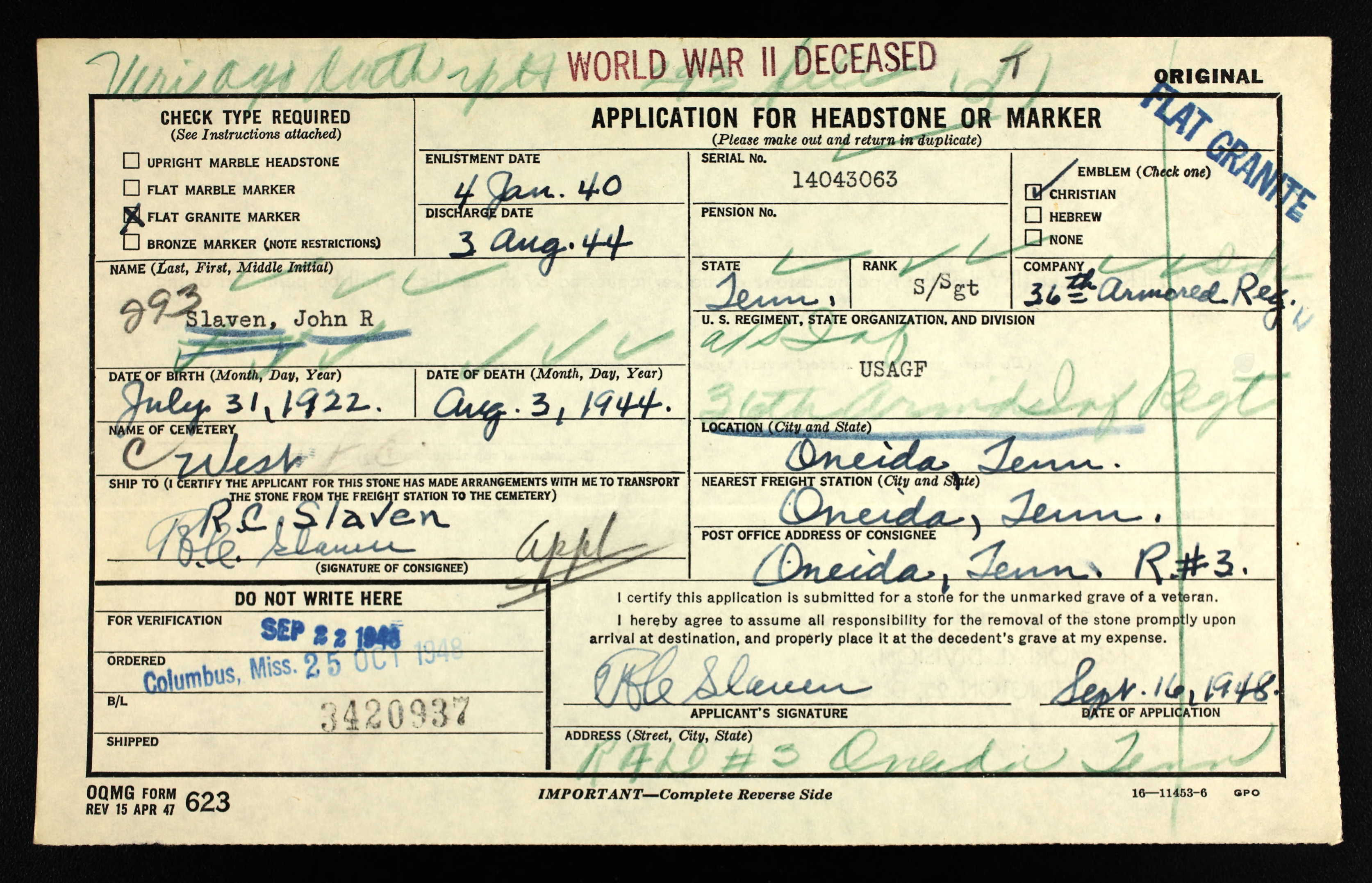 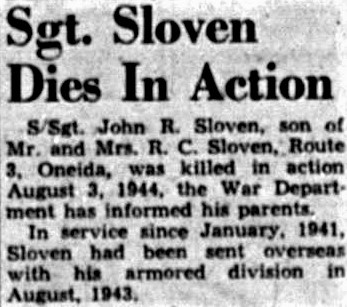