“Ruggs” and I were fraternity brothers (Sigma Chi-Alpha Chapter) in the same pledge class. He was well liked and always “went the extra mile” in helping out, whether it was for a campus social event or in helping a fraternity brother move his furniture. He was always one that could be counted on and his smile and laugh were infectious. You always had a good time when he was around. He was also a true chivralous southern gentleman and was appreciated by all the ladies. I was shocked so many years ago to learn of his loss, but I am sure that he was helping someone else out who was in need when he lost his life. Miami University had several young graduates not return from viet. All those who served and “Ruggs” will never be forgotten by their fellow classmates. -Lee Onceacre, college friend

In 1957, Jack Ruggles made a name for himself in Little League baseball. More than 40 years later, the name hasn’t lost its prominence.

A Little League baseball field at Lakeshore Park will be named Ruggles Field this week in honor of John R. Ruggles III, a Knoxville native who was killed in Vietnam in 1968, at the age of 23.

The field will be dedicated Saturday at 11 a.m. The public is invited to attend.

Fred Smith, chairman of the board and CEO of Federal Express, will be among guest speakers at the dedication ceremony. Smith was Ruggles’ company commander in Vietnam. The Marine Corps Color Guard also will take part in the ceremony.

Ruggles, who was an infantry platoon leader in Vietnam was posthumously awarded a Purple Heart. The Marine Corps second lieutenant was killed while going to the aid of one of his wounded men.

Sports played a prominent role in Ruggles’ youth. He was an award-winning swimmer and made a hole-in-one when he was 15. But baseball was his greatest love.

Ruggles excelled in sports after overcoming polio. The disease, which he battled for three months as a third-grader at Bearden Elementary, left him with some muscular impairment.

He graduated from Bearden High School in 1962, and Miami University in Oxford, Ohio, in 1968. Ruggles was enrolled in the University of Tennessee Law School, when he volunteered for the Marines.

John Propis, who went through Marine training with Ruggles, will speak at Saturday’s ceremony. Mayor Victor Ashe also will attend the dedication.

2nd Lt Ruggles was the only son of John Richard Ruggles Jr. and Gale Fleming Ruggles, and had a sister, Christine.

PFC MADDY: “2LT John R. Ruggles III was my Skipper (his name is in the photo). A good man. Feb. 28, 1968, just another %#$@ day outside the wire we were looking for these Vietcong that were sniping and blowing up trucks along Hwy 1 between DaNang and Hue City. Patrolling a ridge with 2nd platoon coming from the other direction we were not making good headway, so the LT decided to move forward to the point, looked at the situation and instead of ordering another hacker, started helping the point man chop our way through. A large mine went off killing the LT and the point (Collier). A second mine went off wounding two and then a third went off wounding two and killing one (Goodiron). I was wounded by the third mine while trying to move forward with Goodiron. The trap went off between us, hitting me from behind and Goodiron in the front; almost blew both my arms off and sprayed my body with shrapnel. I have the loss of use of both hands. Four wounded, three dead. I wake up every morning with the reminder of this day and these men. Nevertheless, I am alive. -PFC Maddy (0311), Kilo Co., 3rd Battalion, 5th Marines, 3rd Platoon.” 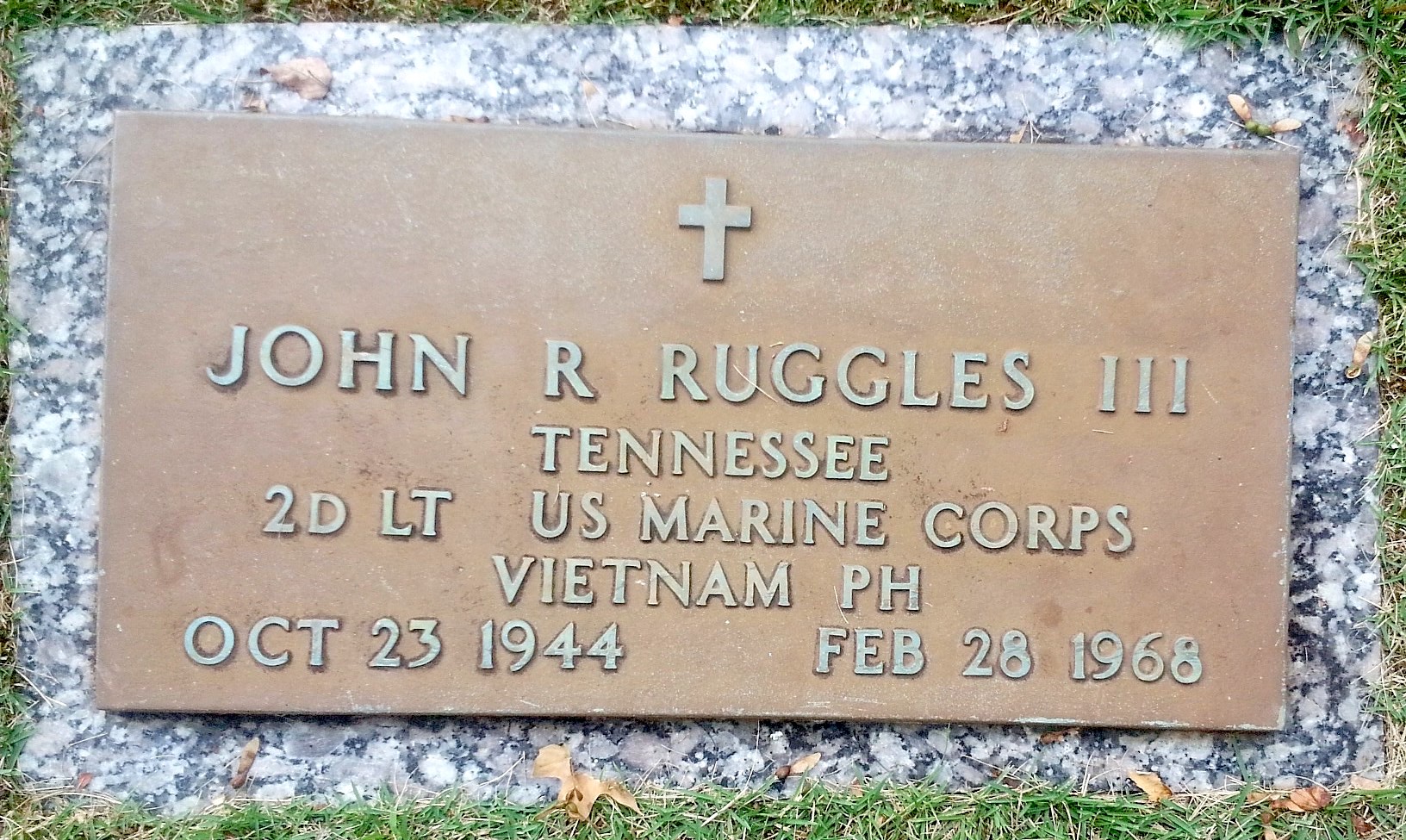 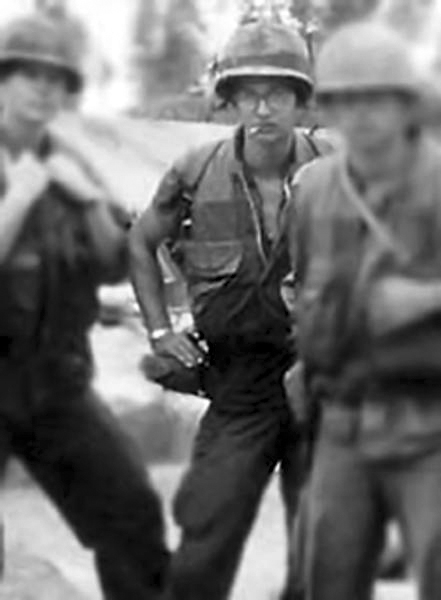 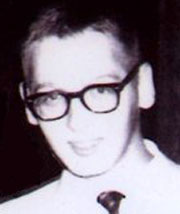