Racine Sunday Bulletin (Racine, Wisconsin) of Sunday 6 September 1964
Identify Navyman killed on Frigate
De Defense Department Saturday identified the sailor killed aboard the missile carrying frigate MacDonough in a engine room accident as John Cunningham, 27, of Cokercreek, Tenn. The department said Cunnigham died of asphyxiation. The accident occured near Trieste, Italy. An oil line broke, spraying oil on a boiler, which gave off smoke that filled the engine room. Eight other men were burned or overcome by the fumes the Navy said they were not in serious condition.

The Daily Times-News (Burlington, North Carolina ), 7 September 1964
rieste, Italy, – The body of an American Sailor killed in an explosion aboard the U.S. Destroyer MacDonough three days ago was flown to Naples Sunday night on its way to the United States.
Navy spokesmen here identified the man as John Ray Cunningham, 26, of Chicago, who was born in Maryville, Ten. Cunningham lived in Chicago with the wife, the Navy said. Cunninghan was killed when an oil tube below decks blew up Friday. Eight other sailors were injured.

The President of the United States of America takes pride in presenting the Navy and Marine Corps Medal (Posthumously) to Boilerman Third Class John B. Cunningham, United States Navy, for heroism on the night of 4 September 1964 while serving as Boilerman in Charge of the auxiliary watch in U.S.S. MacDONOUGH (DLG-8) fireroom. When a fuel line ruptured and started an intense fire which forced others out of the area, Boilerman Third Class Cunningham remained at his station to secure the pumps supplying oil to the fire and to activate the steam smothering system which extinguished the flames. Only after performing these duties did he consider his own personal safety and attempt to escape. By this time, however, the heat and smoke were too intense and he was overcome. His unhesitating decision to remain at his station and extinguish the fire undoubtedly saved his ship and shipmates from further danger. His courage and selfless devotion to duty at the cost of his own life were in keeping with the highest traditions of the United States Naval Service. 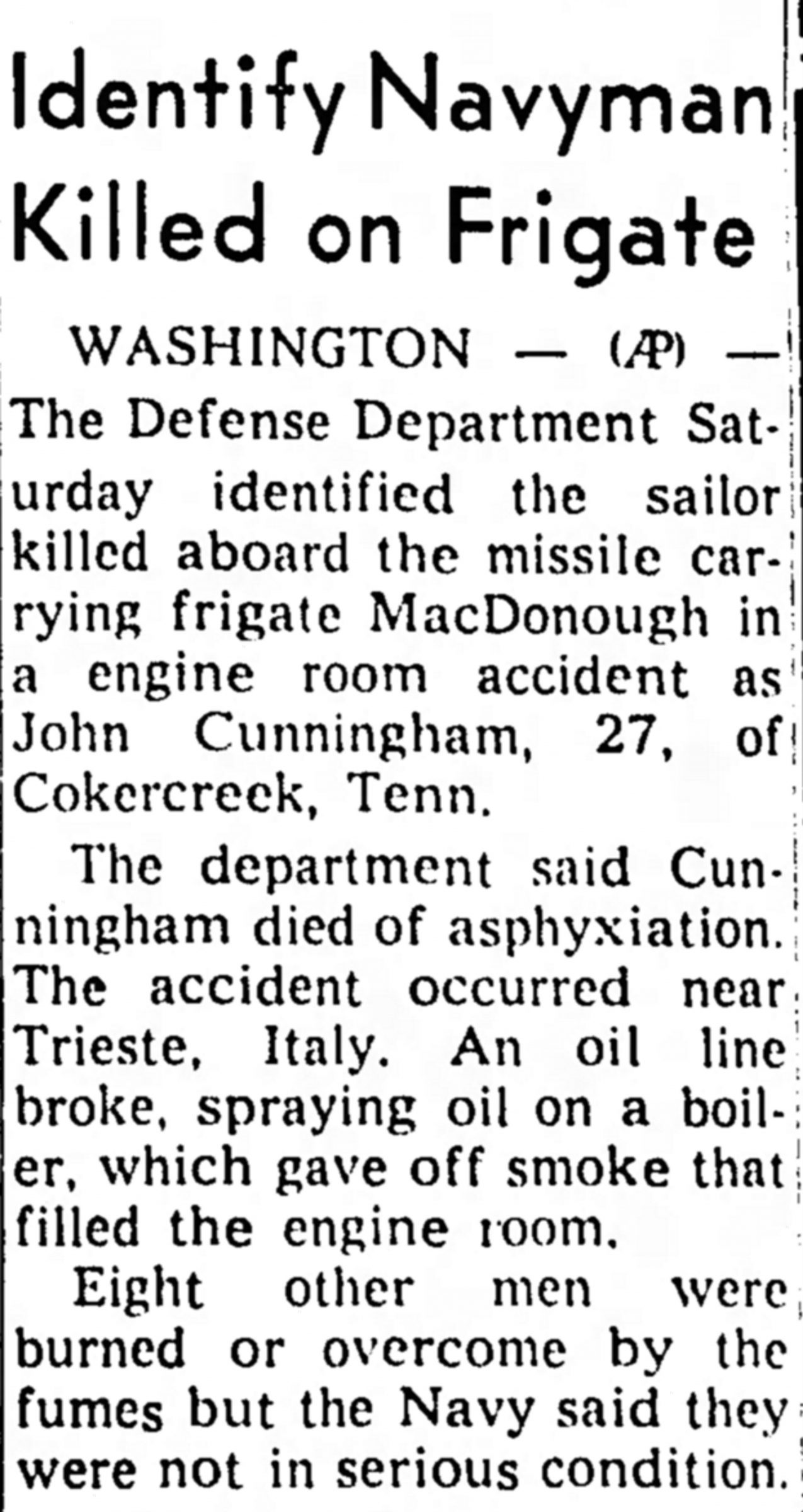 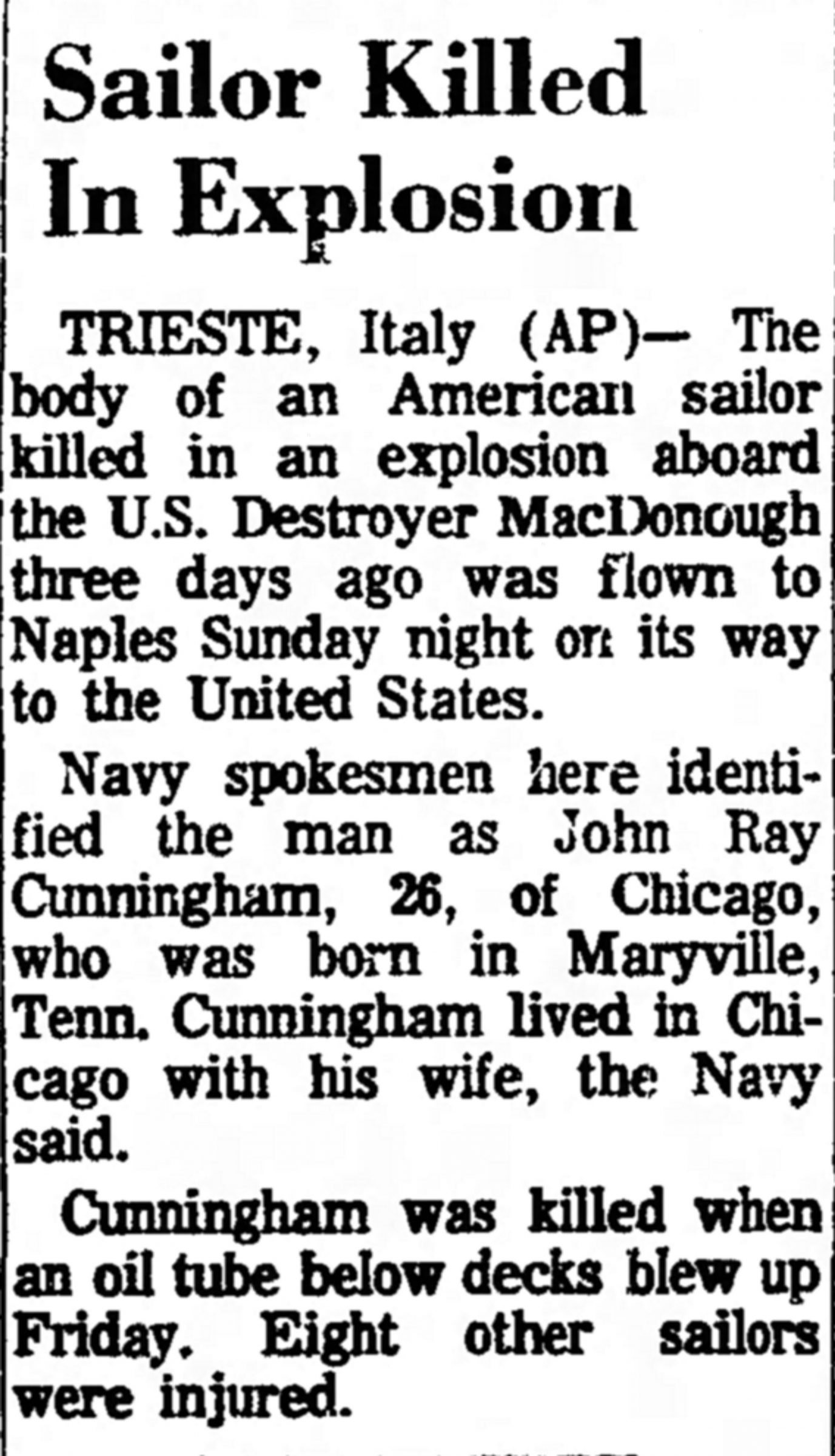 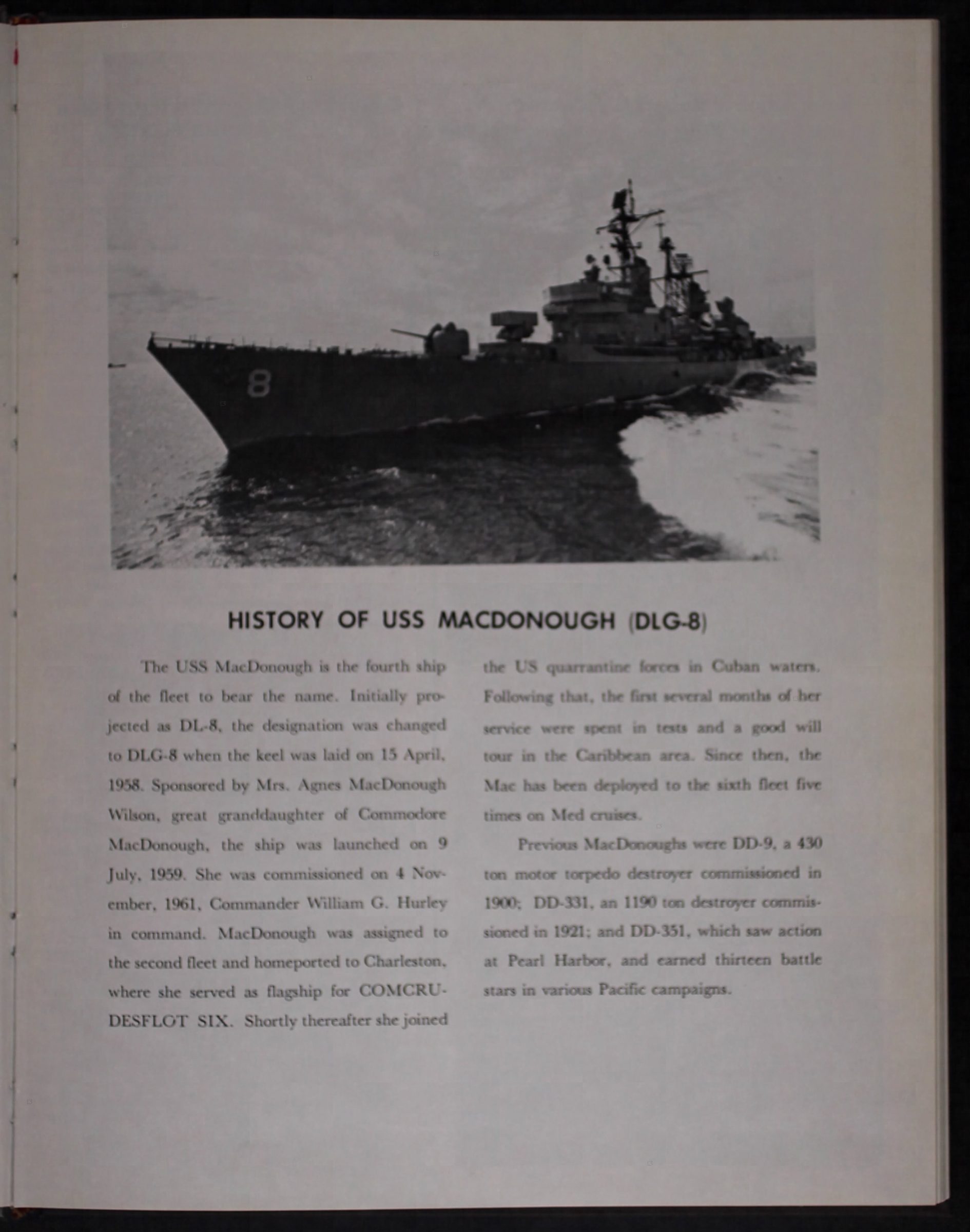