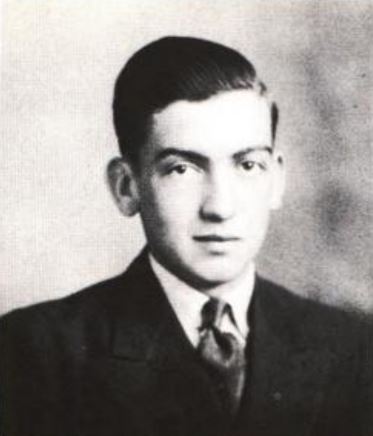 Aircraft B-24H with serial number 41-28929 departed from Manduria Air Base, Italy on a combat mission to Brasoy, Romania.

Statement from S/Sgt Alexander Witkowski Jr:   On 16 April 1944, our group was on a mission to bomb the target at Brasoy, Roumania. I was flying as tail gunner in ship #085 in the right element of the First attack unit. Soon after leaving the target area, we were attacked by enemy fighters. A short while later I saw a B-24 leave its formation position in the second attack unit of the right element. I saw eight bail out at regular interval. I lost sight of the ship as it passed my line of vision. According to the Group Operations´ diagram, this aircraft was #41-28929 flown by Lieutenant Dyer. I last saw the ship at an altitude of 19,000 feet. The navigator´s coordinates were 4515N-2420E. The time was about 1118.

The Knoxville Journal, May 10, 1944
Sgt. John R. Broyles, Jr., husband of Mrs. Evelyn Earl Broyles, 313 A Avenue, Vestal, and son of Mr. and Mrs. John R. Broyles Sr. of Maryville, has been missing in action over Romania since April 16, according to word received by his wife. Sgt. Broyles has been in the service for 15 months. Before entering the service he was employed by the Aluminum Co. of America, Alcoa, and formerly attended Maryville High School.

The Knoxville Journal, July 13, 1944
Sgt. John R. Broyles, Jr., husband of Mrs. Evelyn Earle Broyles of 313 Avenue A, Vestal, was reported killed in action while on his seventh mission over enemy territory, according to a telegram received by Mrs. Broyles from the War Department, it was learned yesterday. Sergeant Broyles had been in the service 15 months. His father and mother, Mr. and Mrs. John R. Broyles, Sr., live in Maryville. Other survivors include a brother in the Air Corps in Iceland, one brother and three sisters of Maryville and two sisters of Washington, D.C. 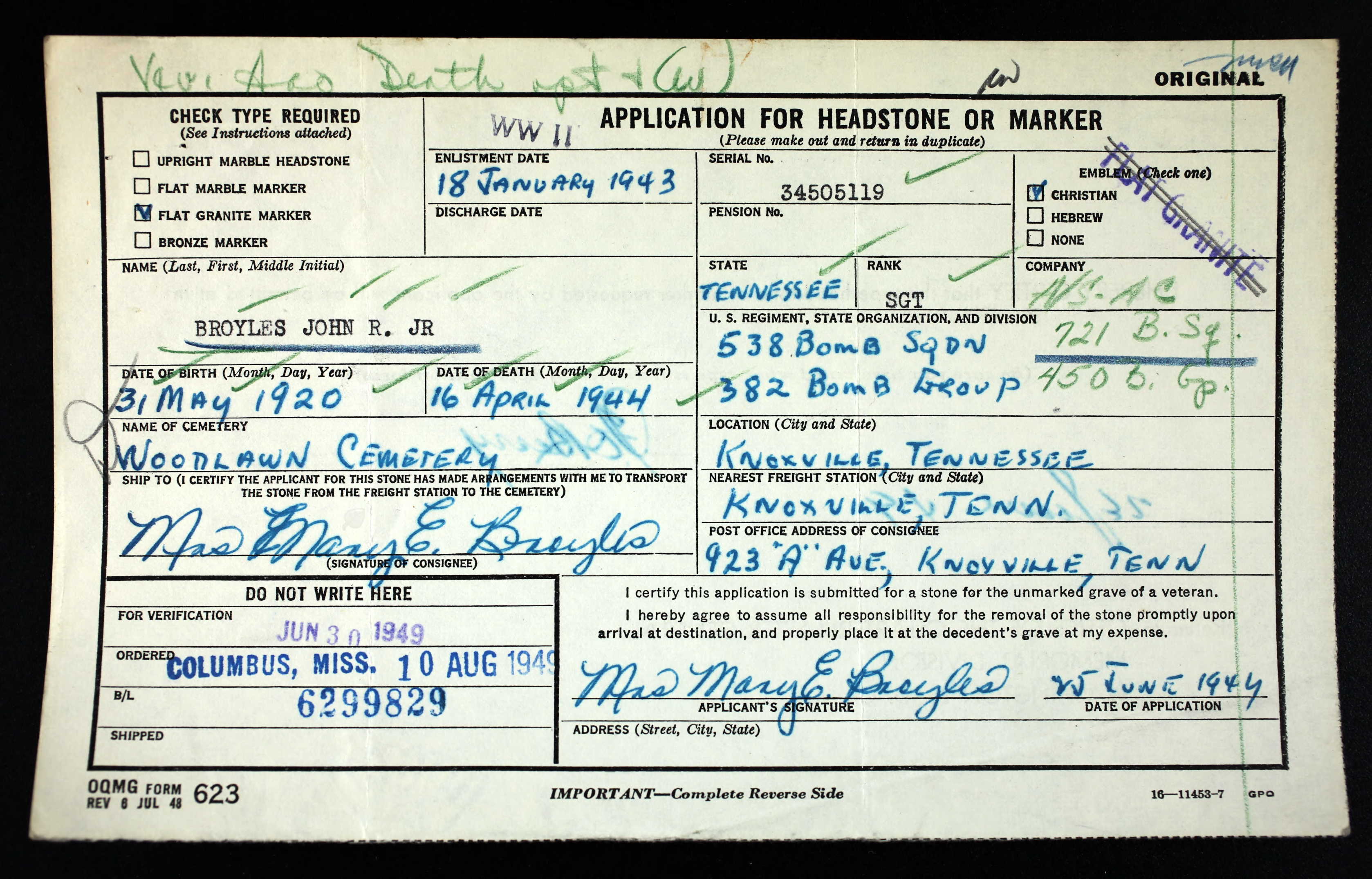 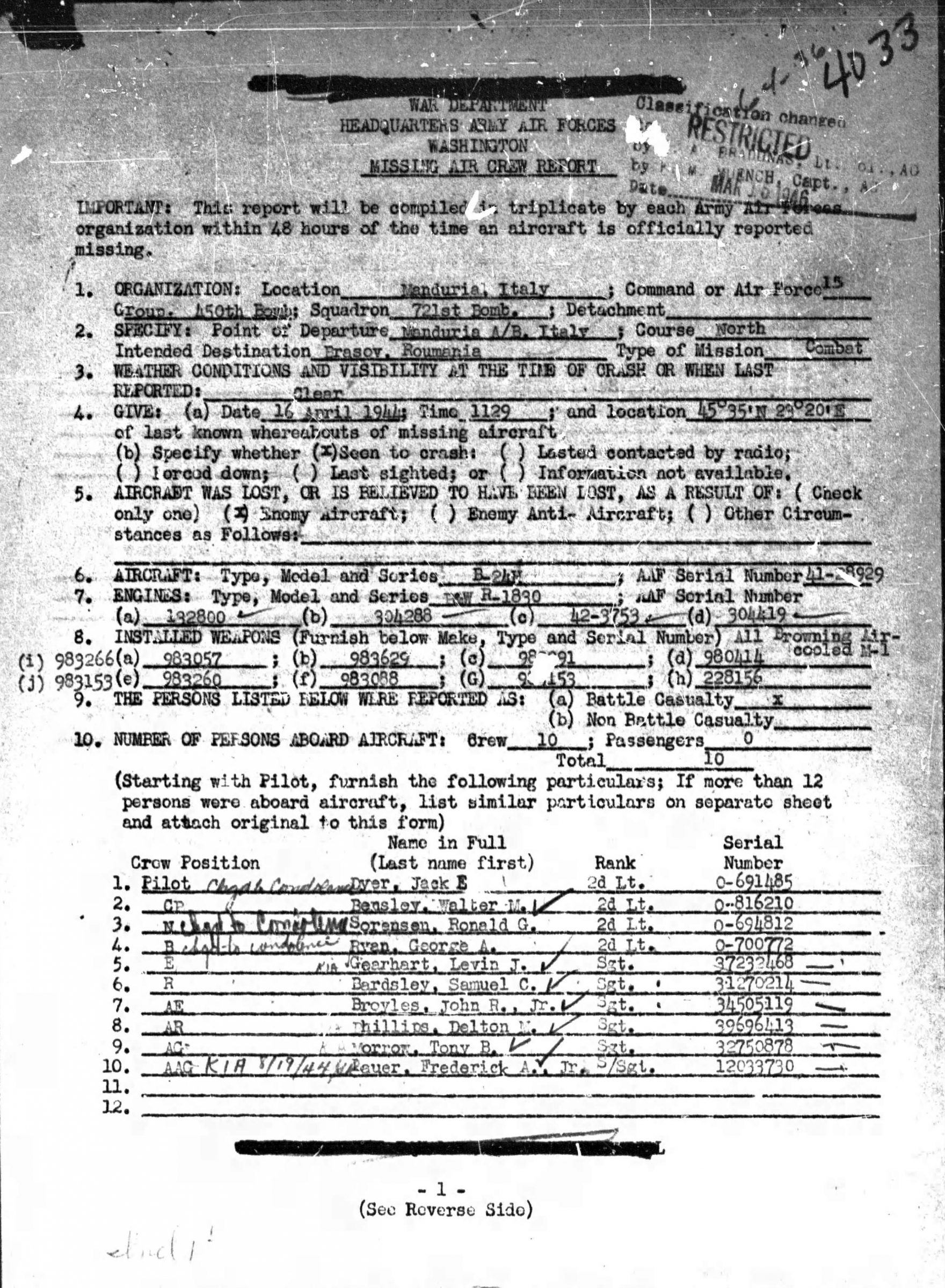 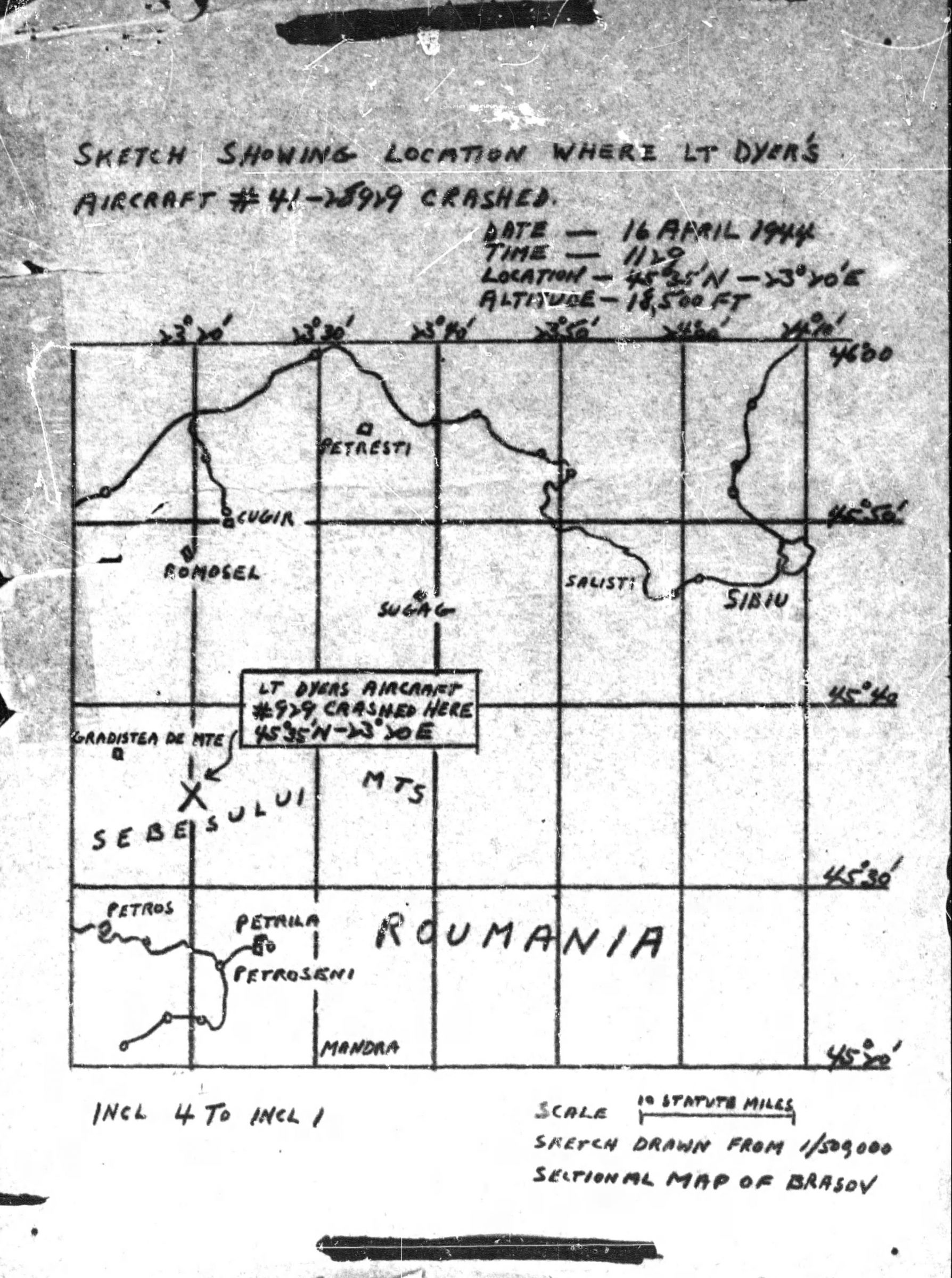 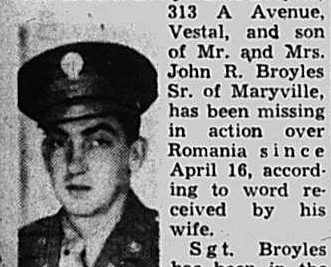